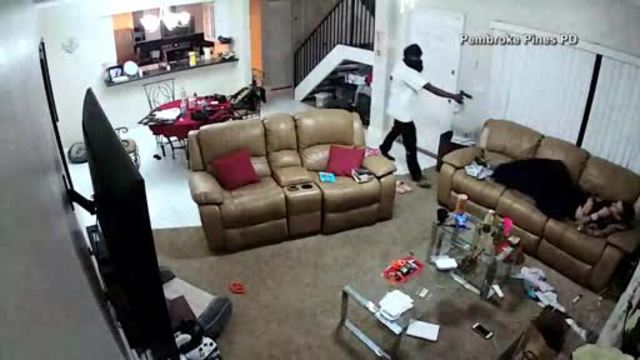 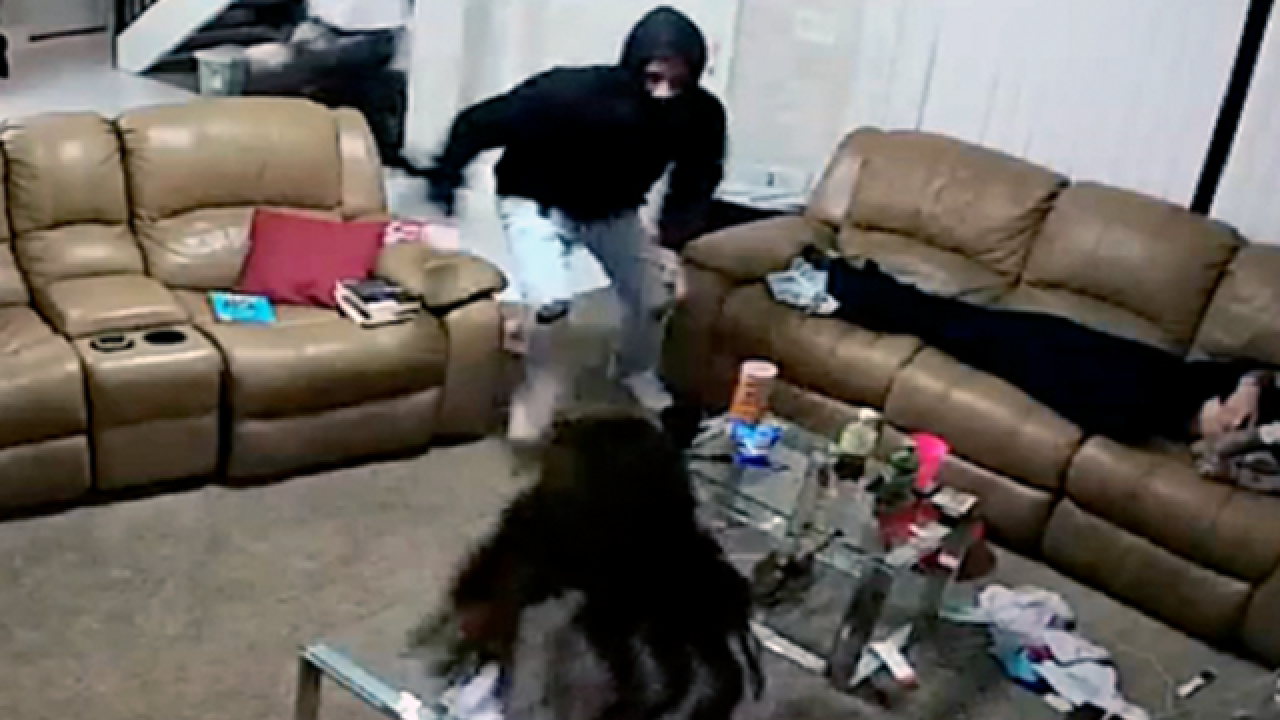 As a woman sat on the floor going through her phone and a man slept on the couch, "two unknown males unlawfully entered" the house through the unlocked front door, the Pembroke Pines Police Department said.

One suspect was armed with a handgun but no shots were fired. The male victim sustained minor injuries and the woman was not injured.

Video shows a struggle between one of the suspects and the male victim, who was placed in a chokehold and tied up.

"Items of value were removed from within the home before both suspects exited the residence and fled in an unknown direction," police said.

Police are still searching for the suspects involved. Anyone with information is encouraged to contact police at 954-431-2200 or Broward County Crime Stoppers at 954-493-8477.