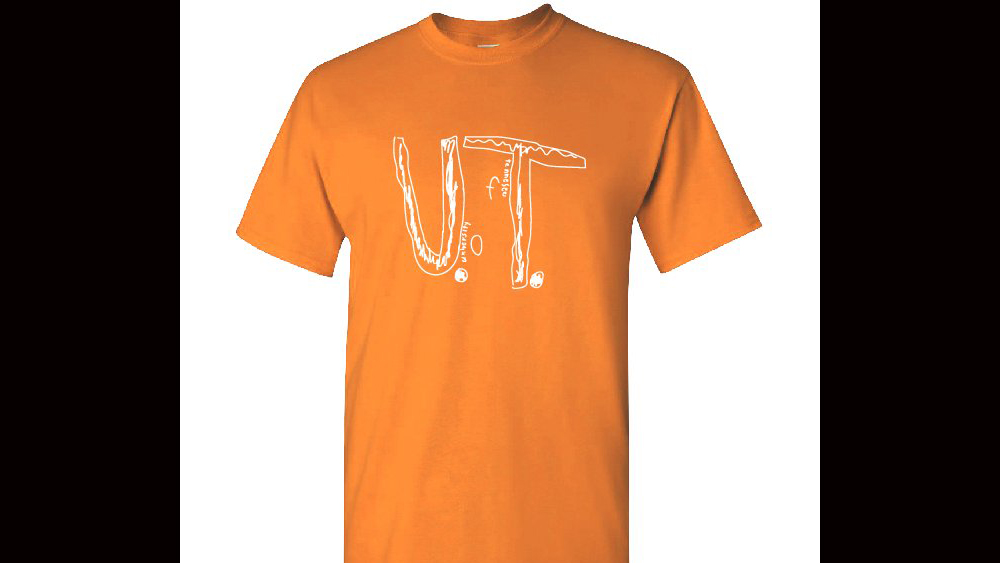 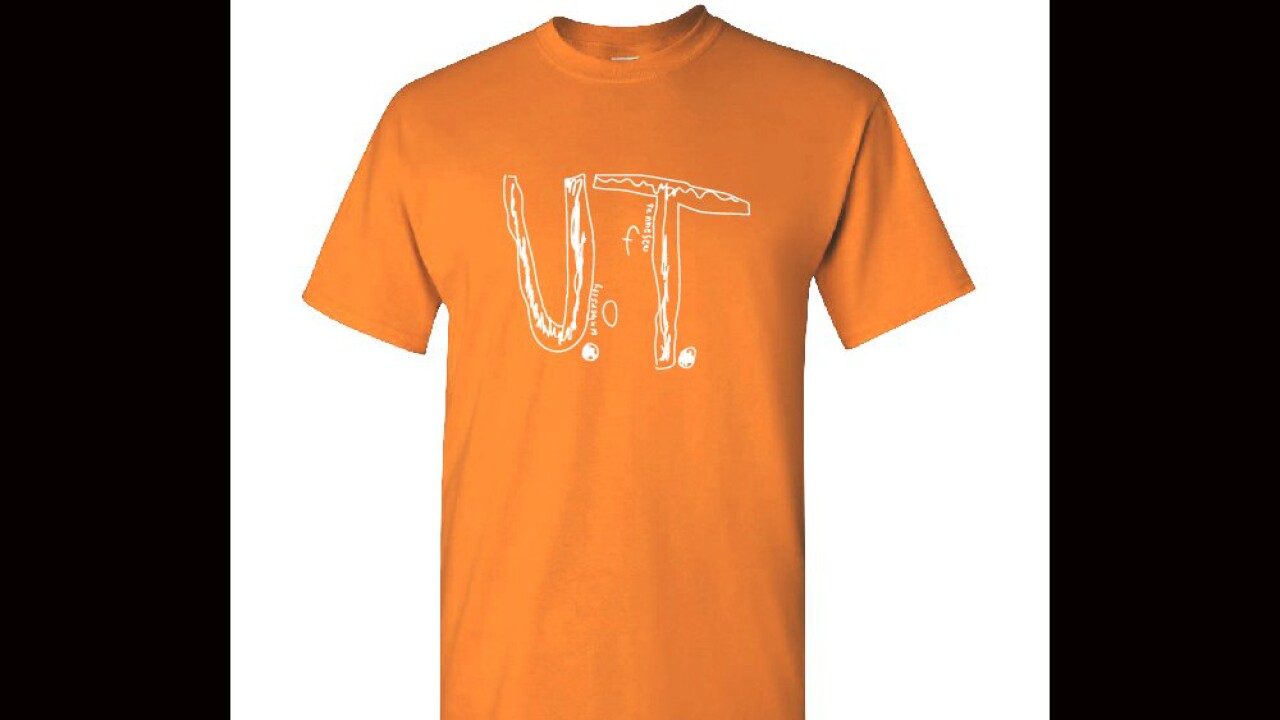 (CNN) -- A Florida student obsessed with the University of Tennessee wanted to represent the Volunteers during his elementary school's "College Colors Day," but didn't own any of their apparel -- so he took the matter into his own hands.

Laura Snyder, his teacher at Altamonte Elementary School in Altamonte Springs, says he drew a "U.T.", the university's logo, on paper and pinned it to an orange t-shirt.

"When the day finally arrived, he was SO EXCITED to show me his shirt," Snyder wrote Wednesday on Facebook. "I was impressed that he took it one step further to make his own label."

But by lunch time, the spirited Vols fan was in tears.

"Some girls at the lunch table next to his (who didn't even participate in college colors day) had made fun of his sign that he had attached to his shirt. He was DEVASTATED," said Snyder.

In hopes of raising his spirits, Snyder said she planned on buying him an official University of Tennessee T-shirt, and asked friends if they had contacts with the school who could "make it a little extra special for him."

By Thursday, her Facebook post had gone viral among Vols fans, with lots of people leaving supportive comments. And it wasn't long before the University of Tennessee reached out wanting to send the student a care package full of swag and apparel.

"You all have taken this above and beyond what I had ever imagined," wrote Snyder.

Synder updated the Facebook post on Friday to let everyone know how excited the student was to receive the care package.

"My student was so amazed at all the goodies in the box," she said. "He proudly put on the jersey and one of the many hats in the box. All who saw had either goosebumps or tears while we explained that he had inspired and touched the lives of so many people."

What's more, University of Tennessee said it was turning his "U.T." design into an official T-shirt.

"Share in a Florida elementary student's Volunteer pride by wearing his design on your shirt too!," the university's official campus store said on Twitter.

According to the university, a portion of the proceeds from every shirt sold will go to an anti-bullying foundation.

"When I told him that his design was being made into a real shirt and people wanted to wear it, his jaw dropped," said Snyder. "He had a big smile on his face, walked taller, and I could tell his confidence grew today!"

Although Snyder kept the student's photo and name private, she shared a note written by his mother on Facebook.

"I am overwhelmed by the love I feel from this extended community and the pride I feel for my son and for being a VFL. Every comment, item sent, and action taken on behalf of my son will never be forgotten and hopefully will serve as inspiration for him throughout his life," his mom said.
Demand for the student's T-shirt was so high on Saturday that it crashed University of Tennessee's online shop.

Thank you Vol Nation! Currently, our website has crashed due to the overwhelming support! We are working on the problem. Once the server restarts, we anticipate the issue to be resolved. #GoVols #EverywhereUT pic.twitter.com/8s8aOAEKAl

Randy Boyd, interim university president, even chimed in, tweeting that he was "touched" by the student's story and "loved his imagination behind designing his own shirt."

I was touched to learn of a young Florida school student’s heart for the University of Tennessee, and I LOVED his imagination behind designing his own shirt.  So many of us admire his love for UT and it’s awesome to see everyone step up to send him some UT gear!#EverywhereUT pic.twitter.com/83YqjzBxag