An offensive sign with a racial slur led to a physical attack that was caught on cell phone camera. 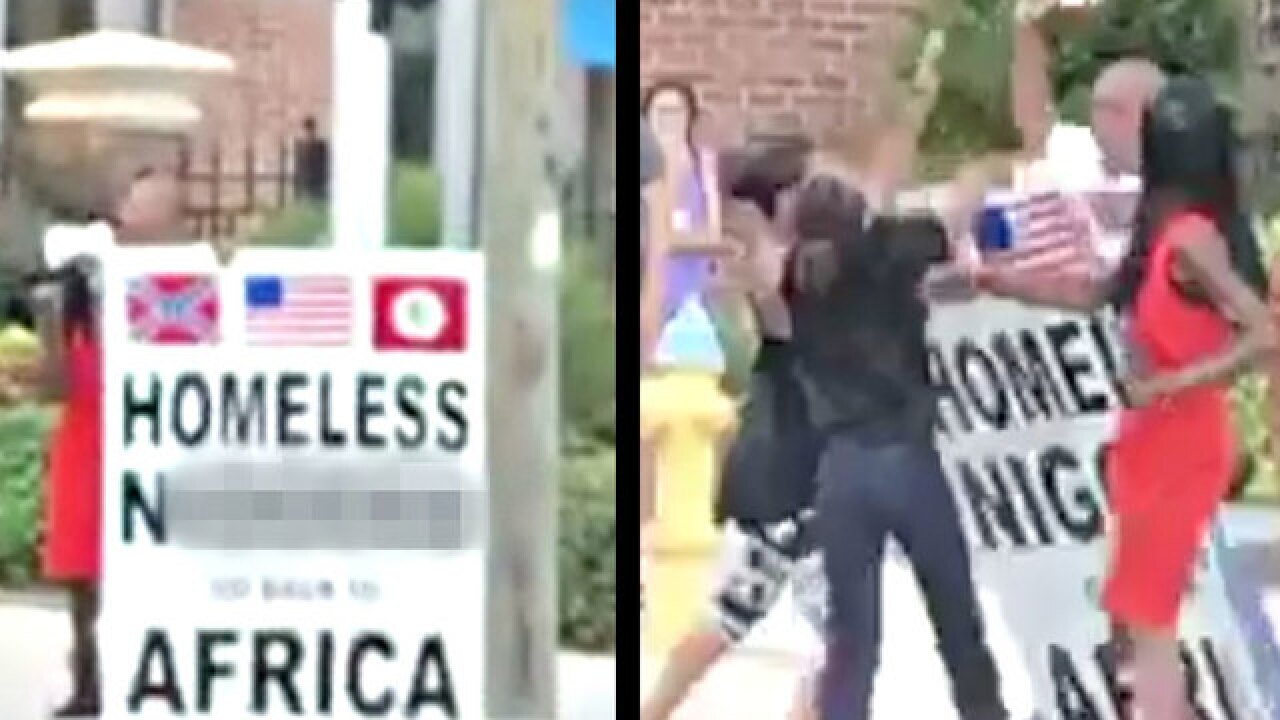 TAMPA, Fla. — An offensive sign with a racial slur led to a physical attack that was caught on cell phone camera.

The video showed a man on the corner of Hyde Park and Kennedy Boulevard holding a sign with an offensive racial slur.

In the video, a woman walked over and slapped the sign then the man strikes her with his megaphone and it escalates from there. The suspect, 60-year-old Anthony Daniel, is seen repeatedly striking two victims in the head with his megaphone.

"As you can expect the people that were involved have slightly different versions of what happened," said Steve Hegarty, Tampa police PIO.

At the scene, three people were taken into custody to be interviewed, but after watching the video, police charged Anthony Daniel with aggravated battery with a deadly weapon.

We found that Daniel is a person law enforcement in Hillsborough County is all too familiar with. Having many arrests dating back to the 1990’s, even a previous charge of aggravated battery with a deadly weapon involving a baseball bat.

The two victims at the scene of Friday morning's attack suffered minor injuries.