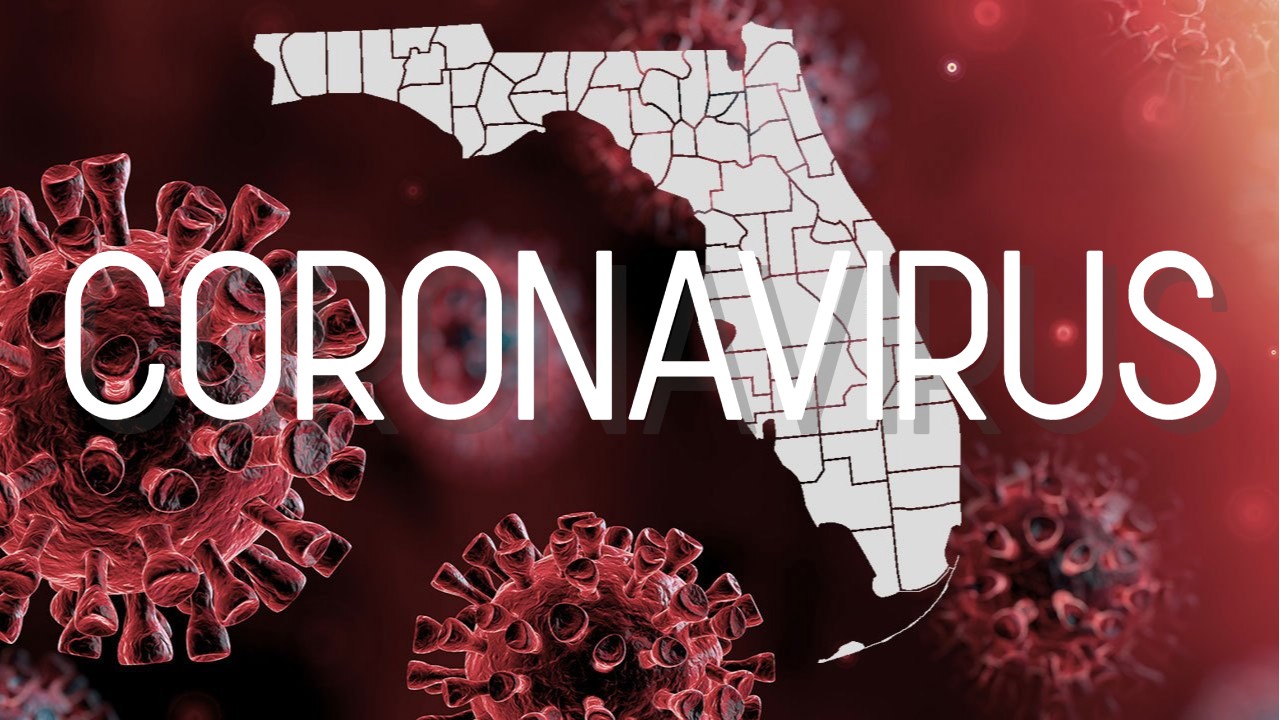 Florida shattered the state record for most new cases with 10,109, breaking the previous mark by 524, as deaths also climbed dramatically by 67, the Florida Department of Health announced Wednesday. 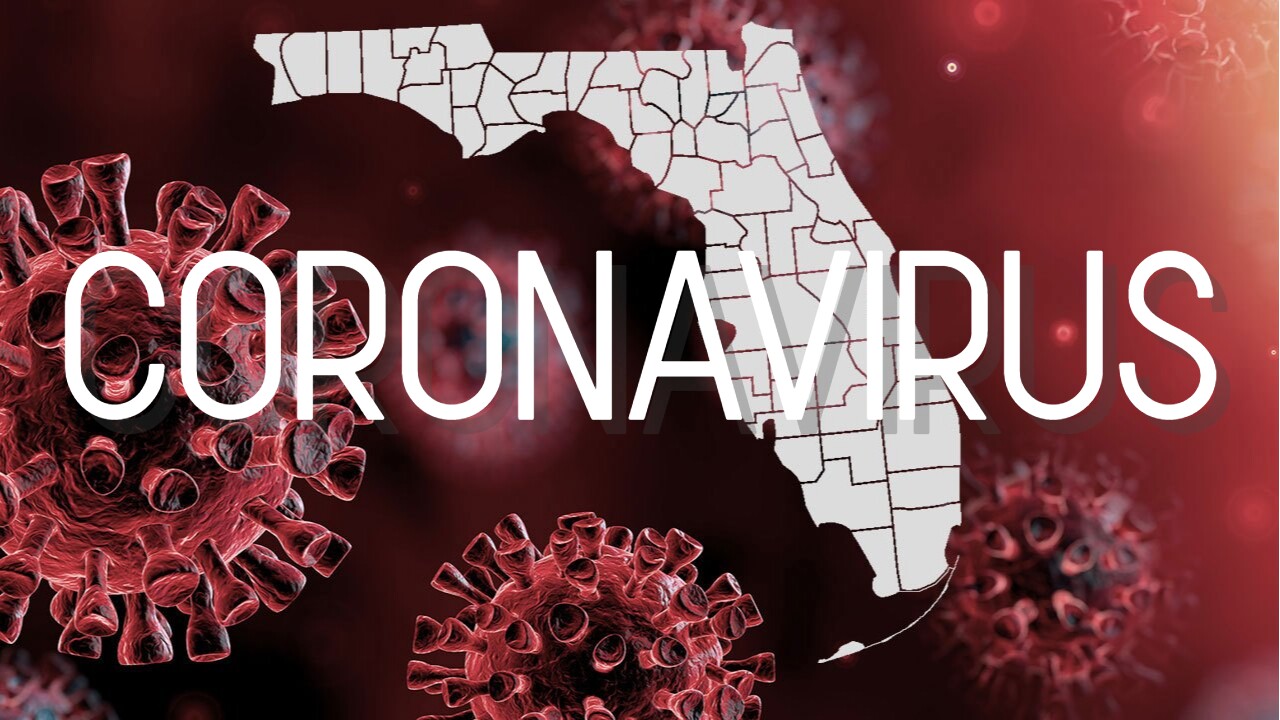 WEST PALM BEACH, Fla. — Florida shattered the state record for most new cases and the most in the nation with 10,109, breaking the previous mark by 524, as deaths also climbed dramatically by 67 in one day, including 11 in Palm Beach County the Florida Department of Health announced Thursday.

The state also confirmed the youngest death, a 11-year-old boy from Miami-Dade County that was entered as a case Wednesday. The previously youngest was a 16-year-old girl from Lee County.

Since the first two cases were announced four months ago on March 1, the total has surged to 169,106 – about three-quarter of 1 percent of the state's population. The previous record was 9,585 set Saturday. In one week, Florida's cases have risen by 57,382 for an increase of 51.4 percent.

Since the first two deaths were announced on March 6, the toll has climbed to 3,617. In addition there was one more nonresident who died in the state, making it a total increase of 68 in one day.

Thursday's rise was below the record of 83 but an increase from 45 Wednesday.

In the Treasure Coast, St. Lucie added one death for 49, followed by Martin at 26, also an increase of 1. Indian River remained at 16 and Okeechobee has none.

Testing has dramatically ramped up from just a few at select sites to massive places throughout Florida as well as nursing homes, jails and farm workers. The total now is 2,033,794, including 68,821 from labs on Wednesday for confirmed coronavirus or anti-bodies testing.

Likewise the positive rate has zoomed up. A few weeks ago the daily rate was around 2-3 percent, compared with 8.3 overall now, up three-tenths of a point in one day, including 16.78 percent of results reported by labs Wednesday.

With more testing and no requirements for someone to take a test, the age has decreased to 40, including 37 for tests reported Wednesday. In addition, the state mortality rate has subsided to 2.1 percent.

A total of 40 of the 67 deaths reported Thursday were in South Florida for a total of 2,026, or 56.0 percent though the population only comprises 30 percent.

In Palm Beach County, new cases were 423 compared with 297 Wednesday and the record 658 Friday for a total of 14,859, including residents and nonresidents.

Conversely five Northern states Northeastern states with the most deaths in the nation had a total of 3,516 – New York with 1,035, Pennsylvania with 839, New Jersey with 416, Massachusetts with 195 and Connecticut with 74.

One week ago the increased deaths statewide were 46, less than Thursday's 67. Besides the record 83, there were two increases of 72.

Florida listed 101 nonresident deaths, an increase of 1 for a total of 3,718 of residents and nonresidents who died in the state.

Palm Beach County's death count is higher than 20 states, including New Mexico at 503, adding 3. Nevada rose to 525 with 14 more deaths.

Deaths identified Thursday in Palm Beach County were five men and six women, ranging from 53 to 101, with the latter a female and one of four that age. St. Lucie's new death was an 82-year-old man and Martin's additional fatality was an 84-year-old man.

The state reported 14.59 percent of people who tested for the first time were positive, compared with 15.11 the day before. Two weeks ago, the percentage was 10.03.

The overall positive rate was up three-tenths of a percent to 8.3, compared with 6.4 percent one week ago and 10 percent several weeks ago.

Palm Beach County has 14,859 cases out of 148,912 total tested for 10.0 percent, not including those awaiting tests and inconclusive. Anything10.0 percent and above is considered out of "target range" by the health department.

The mortality rate, which compares positive cases against deaths, has been trending down in the state.

It is 2.1 percent in the state compared with 4.6 percent in the United States and 4.8 percent worldwide, which passed 523,000 deaths and neared 11 million cases Thursday.

Palm Beach County's rate was 3.5 percent, compared with Broward at 2.3 percent and Miami-Dade with 2.5 percent. With much fewer deaths, the mortality rate is 2.6 percent in St. Lucie, 2.1 percent in Indian River and 1.2 percent in Martin.

Florida has 168 deaths per 1 million people compared with the U.S. average of 397 per million. New York, which represents one-quarter of the deaths in the nation, has 1,653 per million. Worldwide, the figure is 67.1 per million.

A total of 15,150 people in the state have been hospitalized, which is 325 more than the day before and a rise from 13,775 last Thursday. That means it is a running total and includes people who have been released or died.

Florida, which is the third-most-populous state, is in ninth place, 355 ahead of Louisiana, which reported 24 deaths Thursday, according to Worldometers.info.

California reported the most deaths in the nation, 98, and moved into sixth place, ahead of Michigan.

No. 13 Georgia added 22 and Washington, which was the original epicenter in the United States, is in 21th place, with an increase of 3.

The additional death toll Wednesday was 5,062.

Like the U.S. record, the world cases mark was broken Thursday with 208,864, compared with the previous record 196,901 the day before.

Deaths have been surging in Brazil, Mexico and India, which are in the top 10.

Four European nations are in the top 10. The United Kingdom's deaths decreased from 176 to 89 for third place with 43,995, which is behind the United States and Brazil. The high was 1,172.

Fourth-place Italy, which at one time was the world's epicenter and reached 919 in one day, reported 30 deaths.

Germany, which was replaced from the top 10 recently by Iran and has dropped to 13th, added 3. No. 9 Iran reported 148 deaths.

Russia is in third place in the world in cases with 661,165, including an additional 6,760, behind the United States and Brazil. The nation added 147 more deaths, which is less than the record of 232, in 12th place.

Sweden, which has been doing "herd immunity, reported 12 additional deaths for a total of 5,411 in 17th. Neighboring Norway reported no deaths to remain at 251 and 6 more cases.

China, the original epicenter of the world but now in 19th place, hasn’t reported a death since April 26 and added 5 cases Friday.