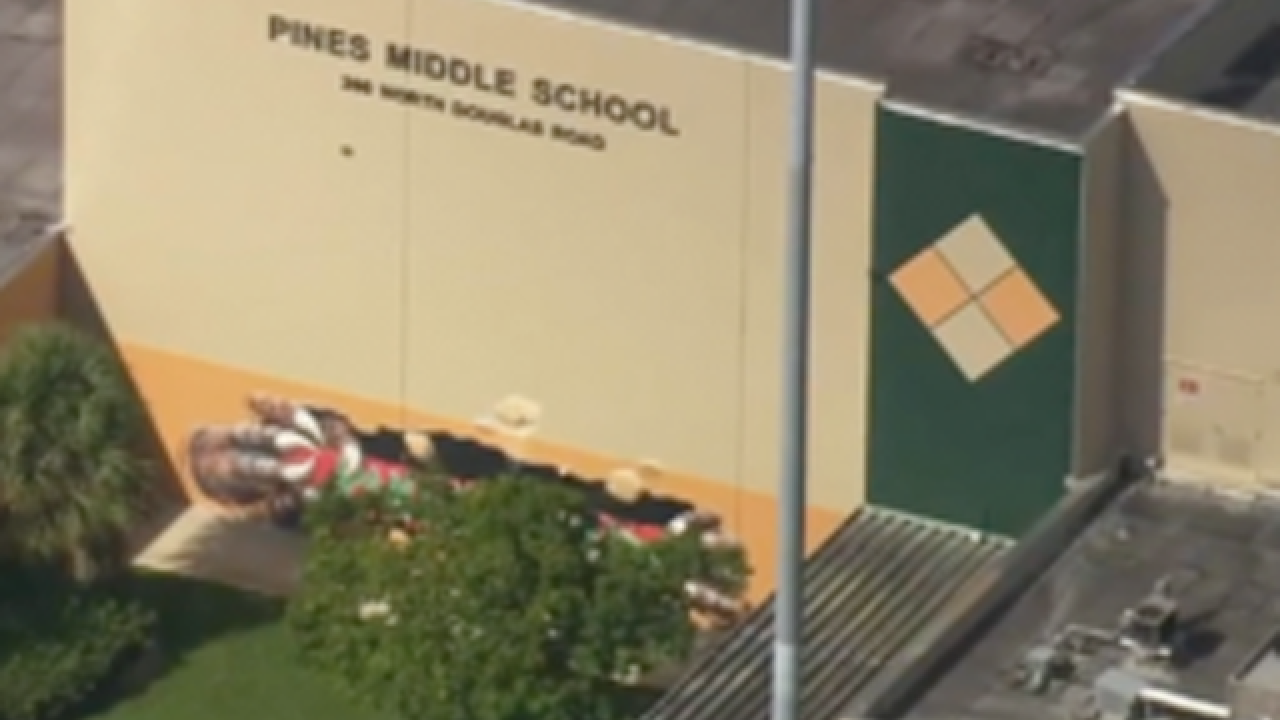 &lt;p&gt;Police say about nine juveniles were participating in a chat Sunday when a boy posted that he intended to shoot up Pines Middle School. &lt;/p&gt;

PEMBROKE PINES, Fla. (AP) — A Florida 13-year-old who threatened to shoot up a school in a group chat on Instagram now faces a felony charge after another juvenile alerted adults.

A Pembroke Pines police news release says the boy was arrested Monday on a charge of making a false report concerning the use of a weapon in a violent manner.

Police say about nine juveniles were participating in the chat Sunday when the boy posted that he intended to shoot up Pines Middle School. Detectives soon arrived at the boy's home, where he told them he only meant the threat as a joke.

But posting a threat about a mass shooting is a felony now in Florida, where similar arrests have soared since the killings of 17 people at Marjory Stoneman Douglas High School.