In an address to the nation, President Trump said he planned on visiting Parkland to show his support and to coordinate the federal response.

When and where the president will visit has not been announced.

On Friday, Trump was scheduled to be in Orlando for a rally but he canceled that visit in light of the school shooting.

However, the president will continue his plans to travel Friday to Palm Beach County and tweeted about visiting victims and families.

Trump's tweet did not elaborate on his plans. But White House officials are working to arrange a visit in the wake of this week's deadly school shooting.

I will be leaving for Florida today to meet with some of the bravest people on earth - but people whose lives have been totally shattered. Am also working with Congress on many fronts.

Trump said he and his administration are prioritizing dealing with mental health issues. 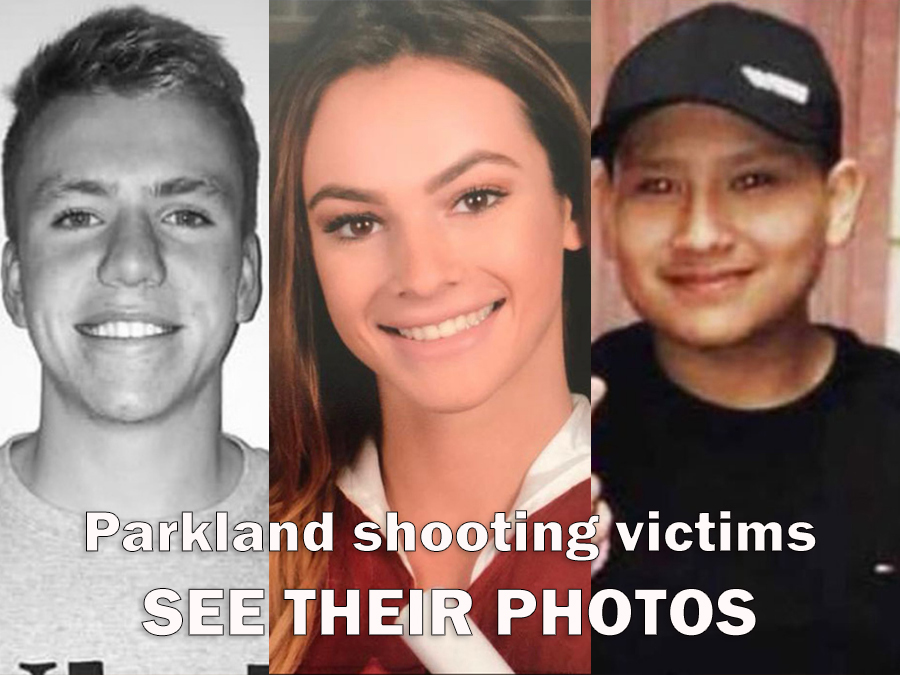 During a seven-minute speech Thursday, he ignored a shouted question about whether he would consider taking action to change gun policy.

Although he has been an outspoken advocate for the second amendment throughout his time in politics,  Trump has taken little legislative action on the issue as president. The only gun-related bill he signed in 2017 was to undo an Obama-era regulation that made it harder for people with mental illnesses to purchase a gun.

He says he's continuing to work for changes in gun laws after 17 people were killed in a Florida high school.

The Florida Democrat says the state Legislature also bears responsibility since it could outlaw assault weapons in the state.

Nelson says "these kids are just terrific. ... The fact that they are speaking up as boldly as they are, maybe that's the turning point. You haven't heard students speak up one after another after another after witnessing such carnage and speaking out with such conviction."

Florida Senator Marco Rubio was also scheduled to be in Parkland Friday.

Information from the Associated Press was used for this article.