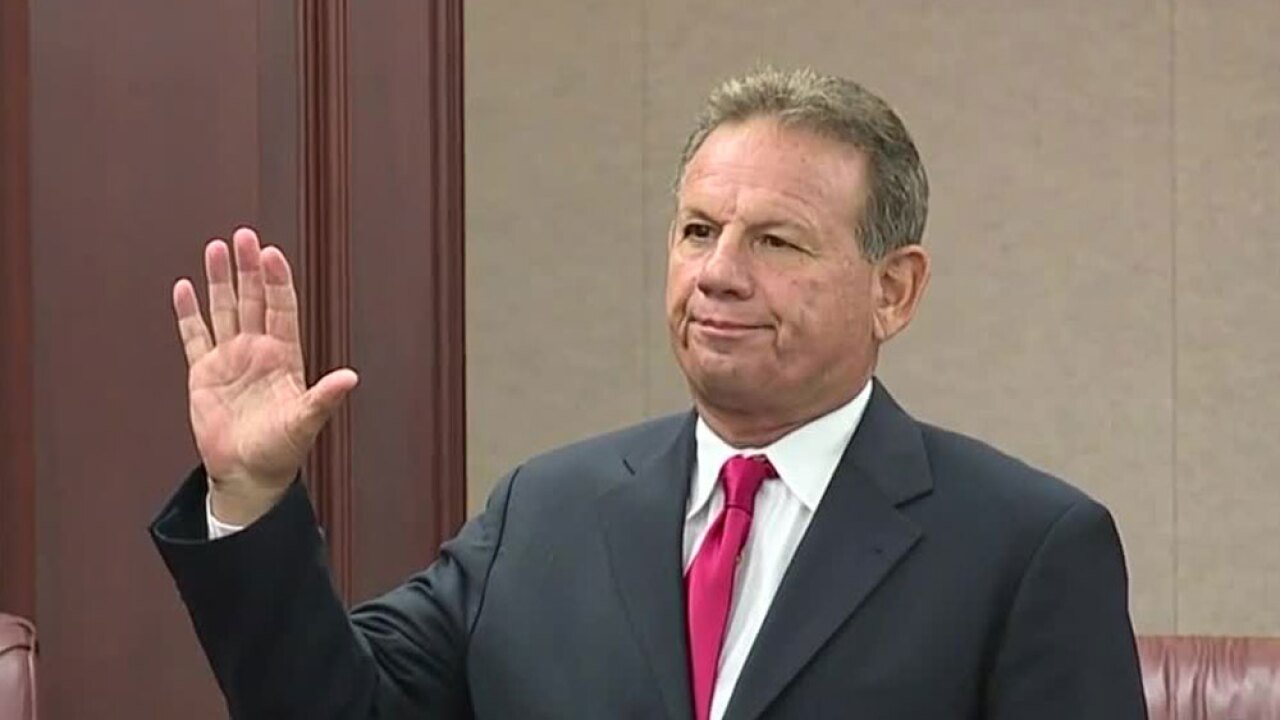 TALLAHASSEE, Fla. -- Senate President Bill Galvano and Gov. Ron DeSantis are asking a federal judge to reject a lawsuit filed by former Broward County Sheriff Scott Israel, who contends his constitutional rights were violated when he was removed from office last year.

Lawyers for Galvano and DeSantis last week filed briefs seeking dismissal of the lawsuit, in part arguing that the Senate is shielded from liability for legislative acts. The Senate held a special session in October and removed Israel from office after DeSantis suspended him because of alleged “neglect of duty and incompetence” related to two mass shootings in Broward County.

A 20-page brief filed Thursday by Senate attorneys said the decision to remove Israel from office “reflected a discretionary, policy decision regarding the qualifications of a constitutional officer to hold office.”

“The Florida Constitution grants the Florida Senate the sole authority to remove certain constitutional officers from office,” the Galvano brief said. “The Florida Senate pursuant to such constitutional authority and in accordance with its rules and procedures held a complete evidentiary hearing before an appointed special master. The Senate was then called into a special legislative session during which a committee hearing was held and ultimately, upon a vote of a majority of its members, the plaintiff (Israel) was formally removed from office. All of such actions are quintessential legislative acts which are protected

under the privilege of legislative immunity.”

Attorneys for DeSantis argued in a separate brief that the governor is not responsible for any alleged violation of Israel’s rights. That is because the Senate held the special session and removed the former sheriff.

But the lawsuit, filed in November in federal district court in Tallahassee, pointed to Senate rules that changed to “satisfy the governor’s interests at the due process expense of Sheriff Israel’s property and liberty interests.”

“In sum and substance, the suspension and removal proceedings were little more than a sham and mockery of fairness and due process, thereby subverting the will of the voters of Broward County who elected Sheriff Israel to a four-year term expiring in November 2020,” the lawsuit said. “Despite the constitutional demands for due process and fairness, the governor and the Florida Senate engaged in a highly partisan removal of a democratically elected sheriff under circumstances that denied Sheriff Israel and the citizens of Broward County the fundamental rights to choose public officials and hold public office as conferred by the United States Constitution.”

The lawsuit seeks a ruling that Israel’s due-process rights were denied and an order restoring him as sheriff.

DeSantis, as a candidate for governor in 2018, pledged to oust the Democratic sheriff for failures associated with the February 2018 shooting at Marjory Stoneman Douglas High School that left 14 students and three staff members dead and another 17 people injured.

In one of his first acts after taking office in January 2019, DeSantis suspended Israel, accusing him of incompetence and neglect of duty for the sheriff’s office’s handling of the school massacre and a mass shooting at the Fort Lauderdale-Hollywood International Airport in 2017 that killed five people.

Israel fought for his job in the Senate, and a special master appointed by Galvano recommended that he be reinstated. The Senate voted 25-15, however, during the special session to remove Israel from office.

The lawsuit contends, in part, that the Senate improperly considered new information during the special session without “affording Sheriff Israel any meaningful opportunity to investigate, contest, or respond to the information.”

But the Galvano brief filed last week said Israel “was afforded meaningful process above and beyond what the federal Constitution requires.”