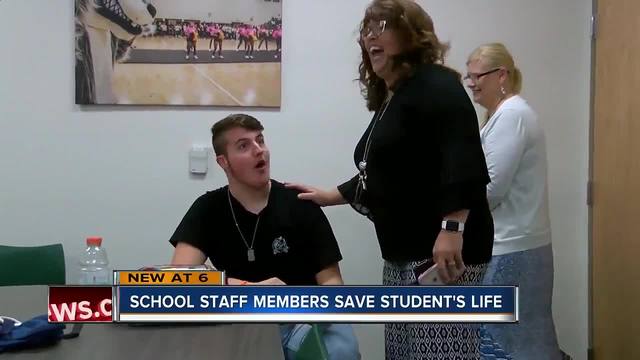 A 16-year-old high school student has a second chance at life thanks to the well-trained team of school employees that saved his life when went into cardiac arrest during gym class. 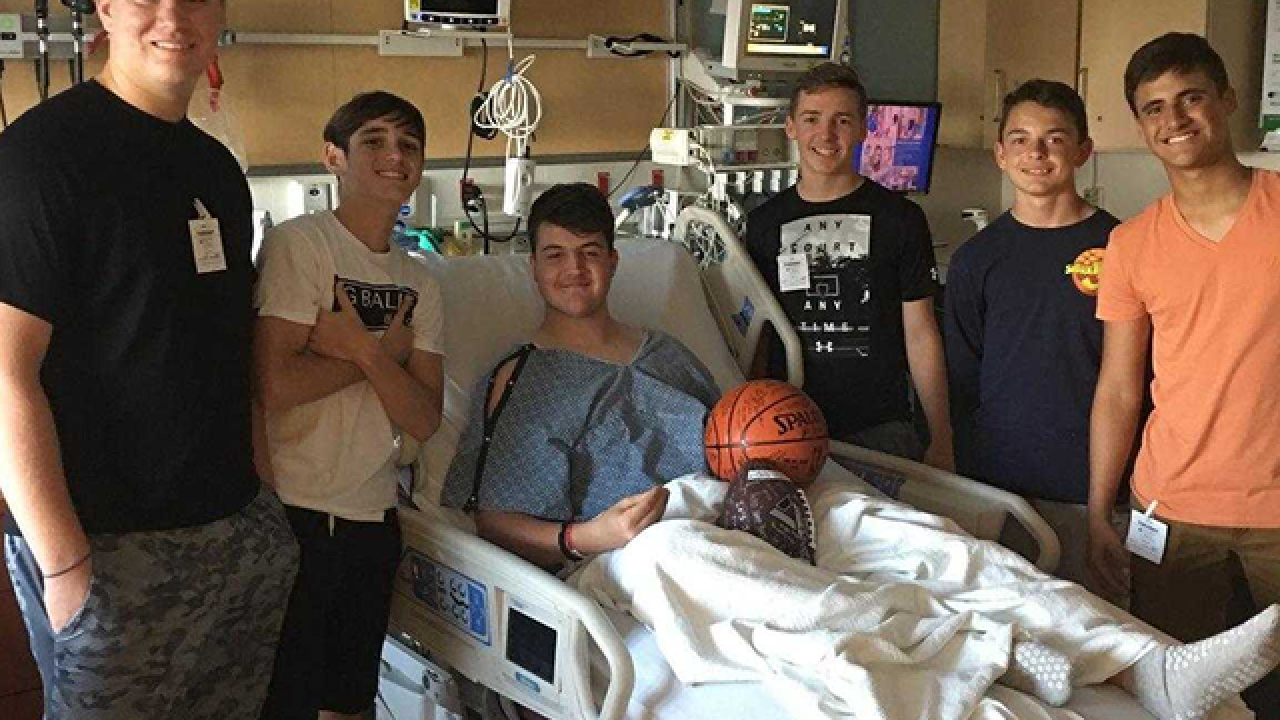 At 6-foot 5-inch, Samuel Mazzeo stands above most of his classmates at Cypress Creek High School in Wesley Chapel.

The 16-year-old played football, basketball and was on the weightlifting team.

But on Feb. 23, his life almost ended when he went into cardiac arrest during 5th-period gym class.

“I don’t remember that day at all. They told me I was running around like normal and I sat down because I wasn’t feeling good. And then I passed out and was unresponsive,” Mazzeo said.

His physical education teacher Wendy Rogers got to him first.

“He didn’t have a pulse and he wasn’t breathing,” she said.

“There was no time for us to be nervous or anxious. We had to do what needed to be done,” Ponce said.

She did CPR, while Secretary Hannah Hall brought the AED device and delivered a life saving electric shock to Mazzeo’s heart.

“It was the thee scariest thing that I ever witnessed in my life," Light recalled.

It all happened in just eight minutes.

Thanks to this dream team of everyday school employees, Mazzeo regained conciseness and got to the hospital just in time.

“There’s no amount of thanks that we could do for them,” said Mazzeo's mother, Lona.

“When I think about it, it’s crazy, I actually died. I never thought anything like that would ever happen,” said Mazzeo.

He now has a pacemaker and a defibrillator.

But after surgery, and a little time to rest, Mazzeo is back at school.

They’ll be no more contact sports, and his dreams of going into the Coast Guard may over.

But he’s feeling good and has a new bond with school staff that did exactly what they were trained to do.

“There’s no way to thank someone that much because they saved your life. I’m just forever in their debt now."