Sandcastles can make you sick; beware playing on beaches filled with bacteria and pollutants Doctors are warning parents beach sand can contain pollutants and bacteria which can make kids sick. 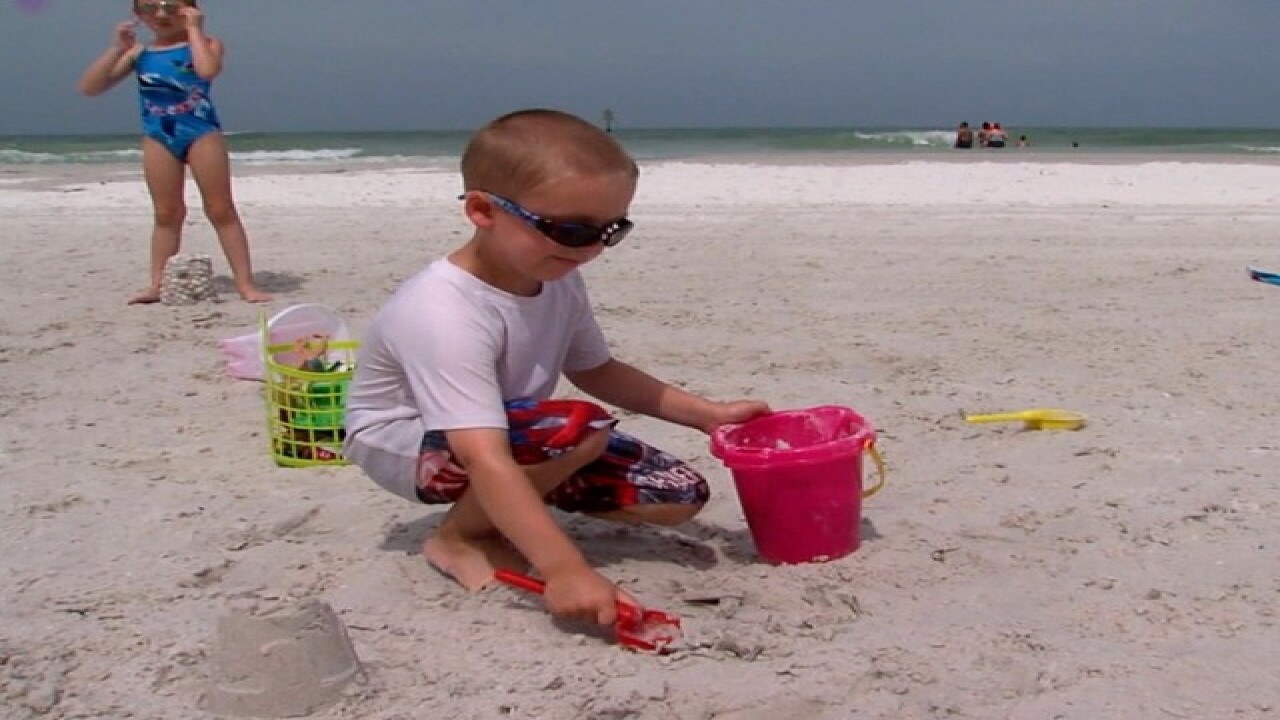 Beaches are occasionally closed because of poor water quality, but the Environmental Protection Agency wants the public to know that the sand can make you ill too.

“We have a lot of problems in the water, bacterial stuff going on there," says Schiro, who lives close to Galveston, Texas.

She is much more comfortable bringing her two daughters to Clearwater Beach, where they are vacationing.

“You gotta let them be children, right?" she said.

Schiro and her husband Eric are aware of new warnings from the Environmental Protection Agency and pediatricians. Beach sand can contain pollutants and bacteria that is especially harmful to children.

Symptoms can range from gastrointestinal illness to severe rashes.

So far, scientists have not flagged Clearwater Beach for pollution, but other Tampa Bay beaches are being watched.

The new sand warnings come with rules. Schiro follows most of them.

“Well, obviously I don’t let my kids shovel handfuls of sand in their mouths," says Schiro. "And we wash them off [after they play in the sand]. If they did have a reaction, we’d pay attention to that. But they’ve been fine here so far.”

Even eating food that falls in the sand is a no-no. Not only would your food tastes gritty and gross, it could become contaminated.

Sand pollution is highest after heavy rains. Doctors urge parents to use sanitizer on tiny hands.

But Schiro draws the line at some of the other rules: making kids wear beach shoes all the times or brushing sand from under their fingernails.

“There’s too much to worry about,” says Schiro. “We want them to experience the world. We don’t want them to be afraid of everything.”