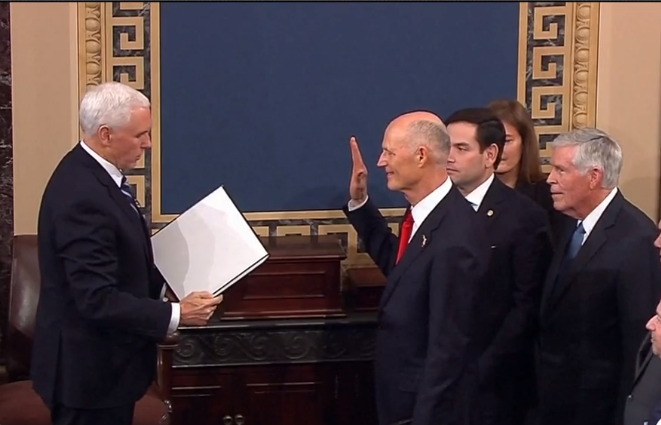 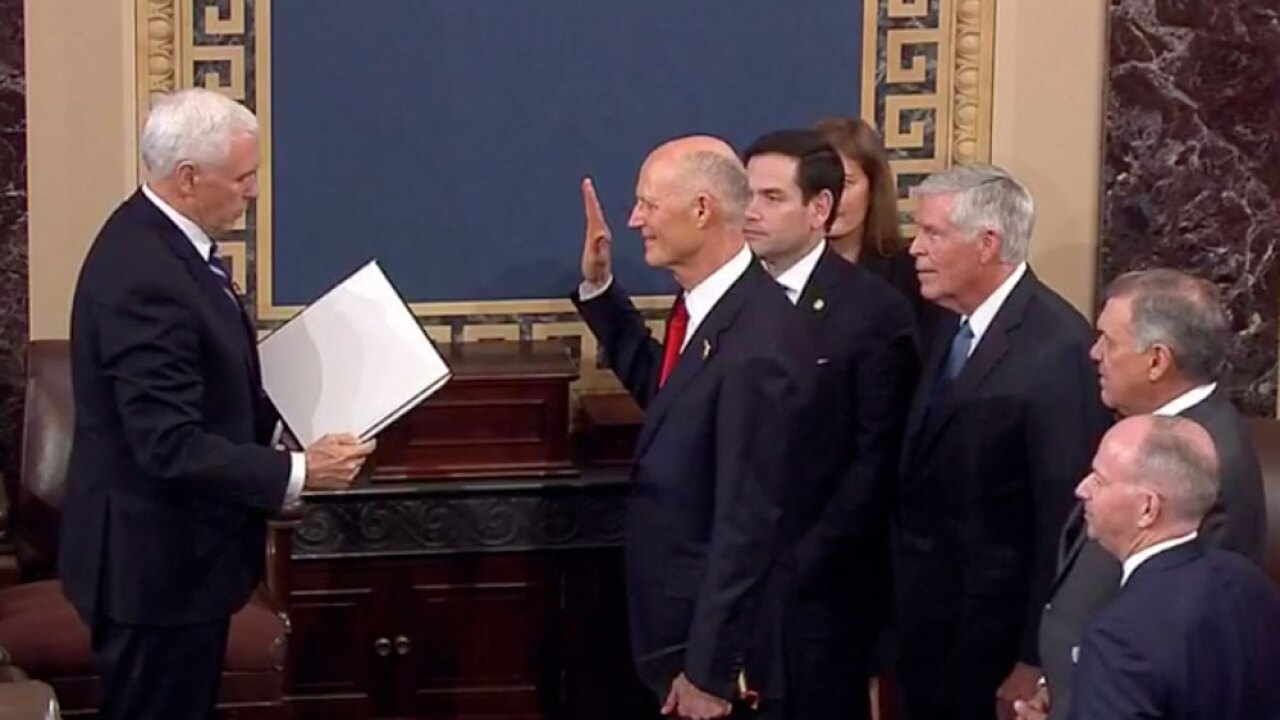 Rick Scott was sworn in as Senator Tuesday. He could have started his new job last week.

Scott delayed his swearing in ostensibly to keep his promise to fight for Floridians every day of his term.

Scott received permission from Majority Leader Mitch McConnell to be sworn in Jan. 8, after Ron DeSantis replaces him.

"When Gov. Scott was elected governor of Florida, he promised to fight for Florida families every single day of his term," spokesman John Tupps said last month when Scott made his decision to complete his term.

Information from CNN Newsource and the Associated Press was used in this report.

Signed my name to the top of the Old Florida Capitol. Serving as the 45th Governor of Florida and having my wife, @FLAnnScott, beside me through it all, has been an incredible honor. I’ll never stop fighting for Florida. pic.twitter.com/ixVQZUdIOV