President Trump heading to Florida for election rally on Oct. 31 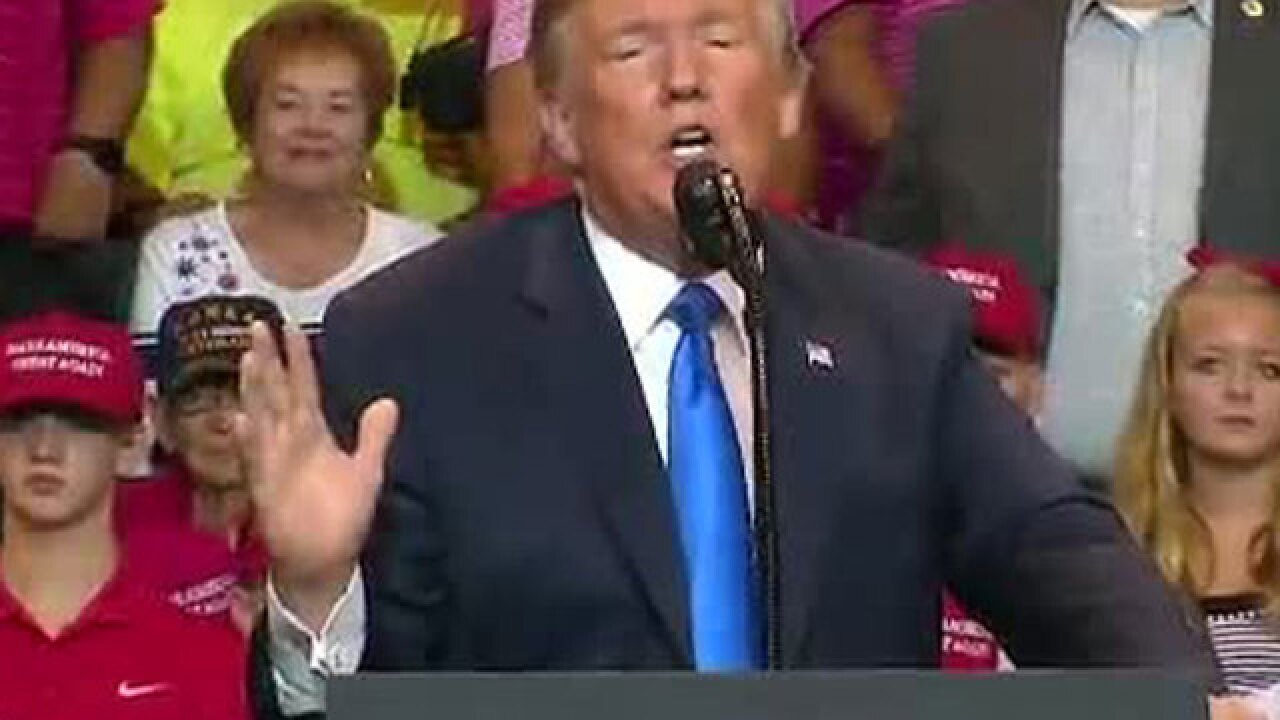 TALLAHASSEE, Fla. (AP) — President Donald Trump is heading back to Florida for a campaign rally just days before the crucial midterm elections.

Trump's campaign organization announced Wednesday that Trump will hold a rally in Fort Myers on Oct. 31 that will likely include top Republicans from the state.

Republican nominee for governor Ron DeSantis will attend the event. DeSantis won the GOP primary in August after Trump endorsed him.

It's not clear, however, if Gov. Rick Scott will join the president. Scott is challenging U.S. Sen. Bill Nelson, but his campaign said right now he is focusing on helping with hurricane recovery efforts in the Florida Panhandle.

The campaign stated that this is the 37th rally Trump has held in Florida since he first began his race for president in June, 2015.