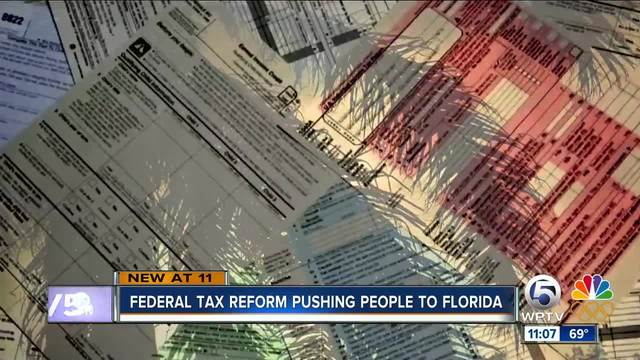 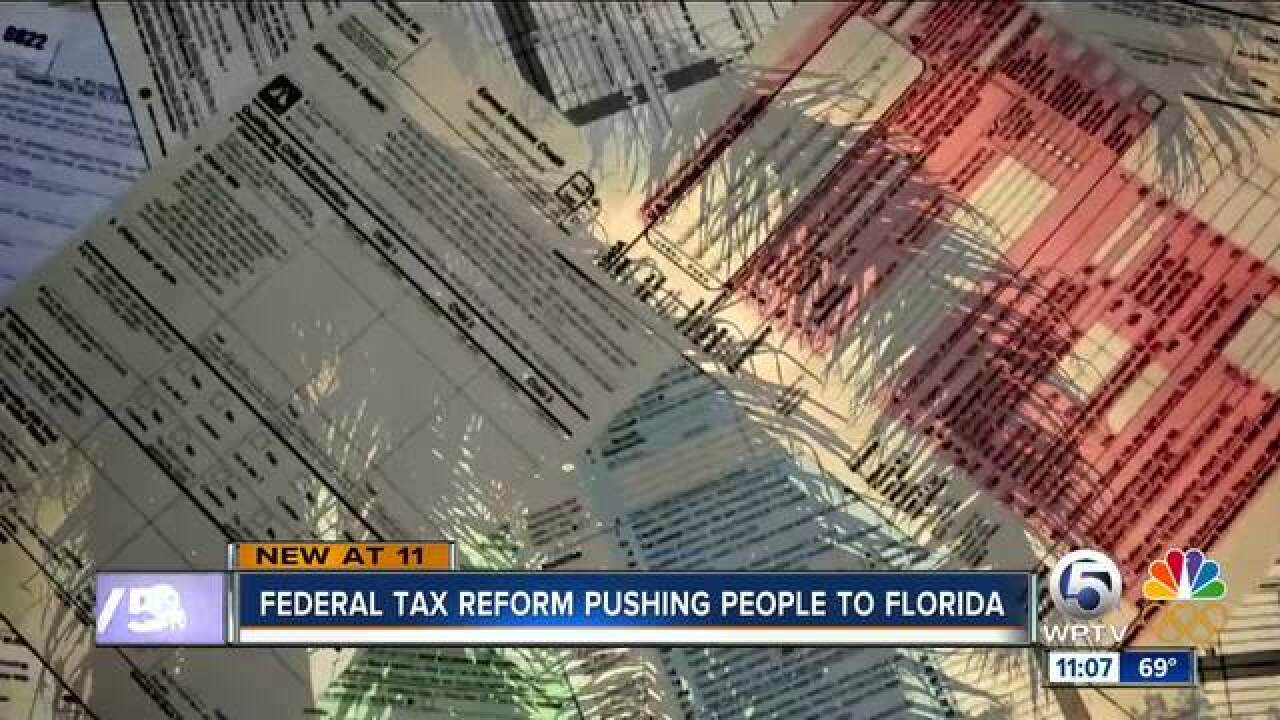 So much so, a local real estate agent and financial planner are seeing an impact already on people moving here.

Florida’s Chamber of Commerce even used it in a pitch.

Holly Meyer Lucas, a Jupiter-based relator and president of Meyer Lucas Real Estate at Compass says, when the new tax bill passed, the reaction was immediate.

“We have seen an extreme interest in people who are looking to move to South Florida for state income tax reasons,” said Lucas.

She says she has 12 buyers right now who are serious about making the move to Florida, where we have no state income tax.

“We do holistic financial planning,” Eric Cornall, a managing director for Ameriprise, said in an interview. His clients too have taken notice.

They have “been on the fence in terms of coming to Florida, from higher tax states, New York or California. (They) have really kind of turned the corner on (moving here),” said Cornall.

“But what’s really interesting is we are actually getting more buyers right now from California than the Northeast," said Lucas.

And they’re fine trading in Highway 101 for Interstate 95.

“We’re getting a lot of inquiries for country clubs that are a little bit further west because, particularly in California, those people are used to sitting in traffic forever to get to the beach,” said Lucas.

It has also sped up the market. Normally, family style homes would sell in the summer, after school is out. However, the time for that is now.

“Buyers are circling the wagons, to make their primary residency here in Florida as soon as possible,” said Lucas.