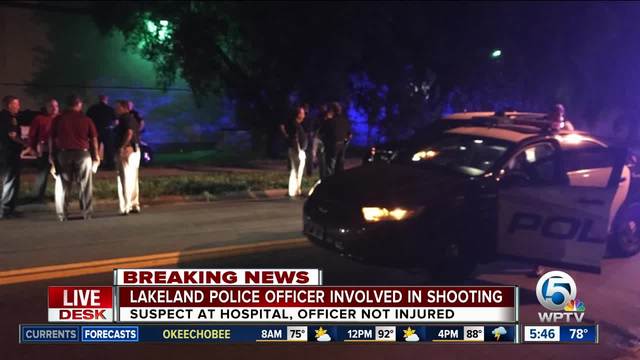 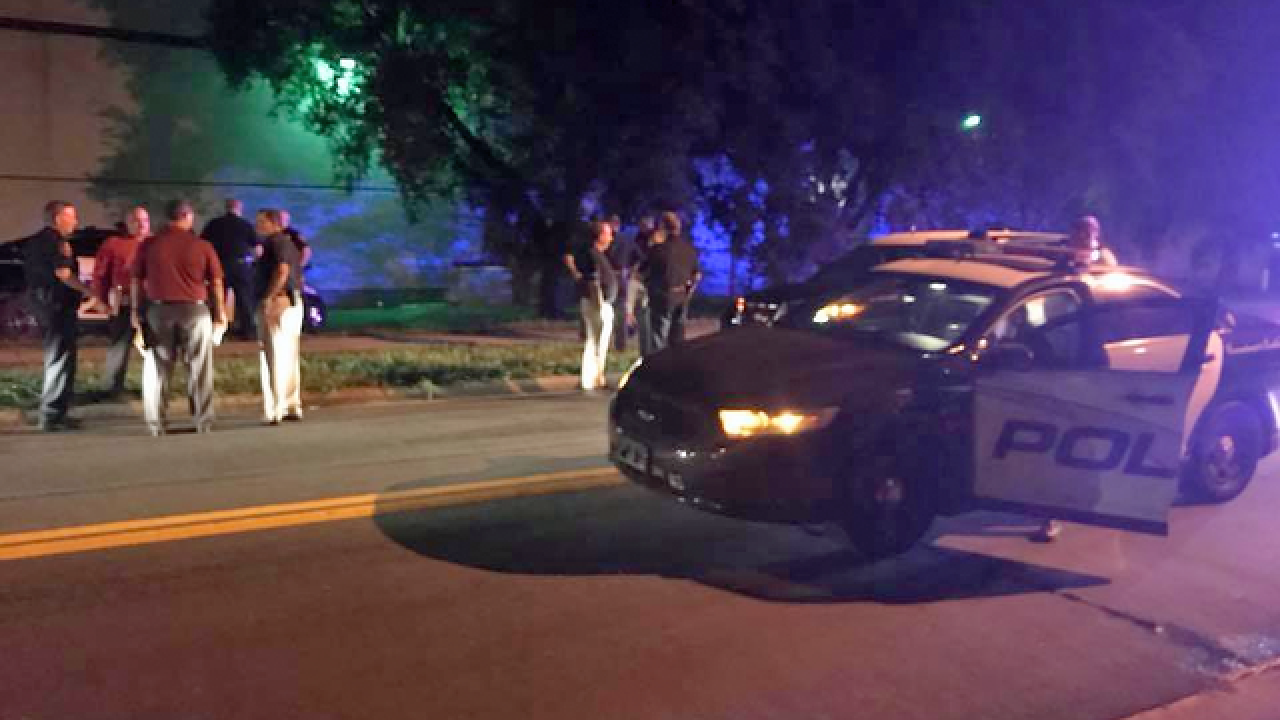 During a news conference, Lakeland Police Chief Larry Giddens said on Wednesday night they learned a victim, who was waiting to pick someone up, was sitting in their car, shortly after 7:00 p.m., when Terrese L. Colston, 28, approached the silver sedan with a handgun on E. Lemon St.

After midnight, one of their officers, Alex Rethwisch, spotted the victim's car on Providence Rd. and began following it.

When Colston realized he was being followed he drove into an empty field where he got out of the car and began running.

Officer Rethwisch then got out of his car and chased Colston who started firing at him. Rethwisch returned gunfire and shot Colston in the lower left leg.

Colston was taken into custody and transported to a local hospital for treatment.

Rethwisch suffered slight injuries to his left arm and forehead. He has been placed on administrative leave, per protocol, as the investigation continues.

According to Giddens, Colston is a convicted felon, who has a current injunction on him, from Tampa.