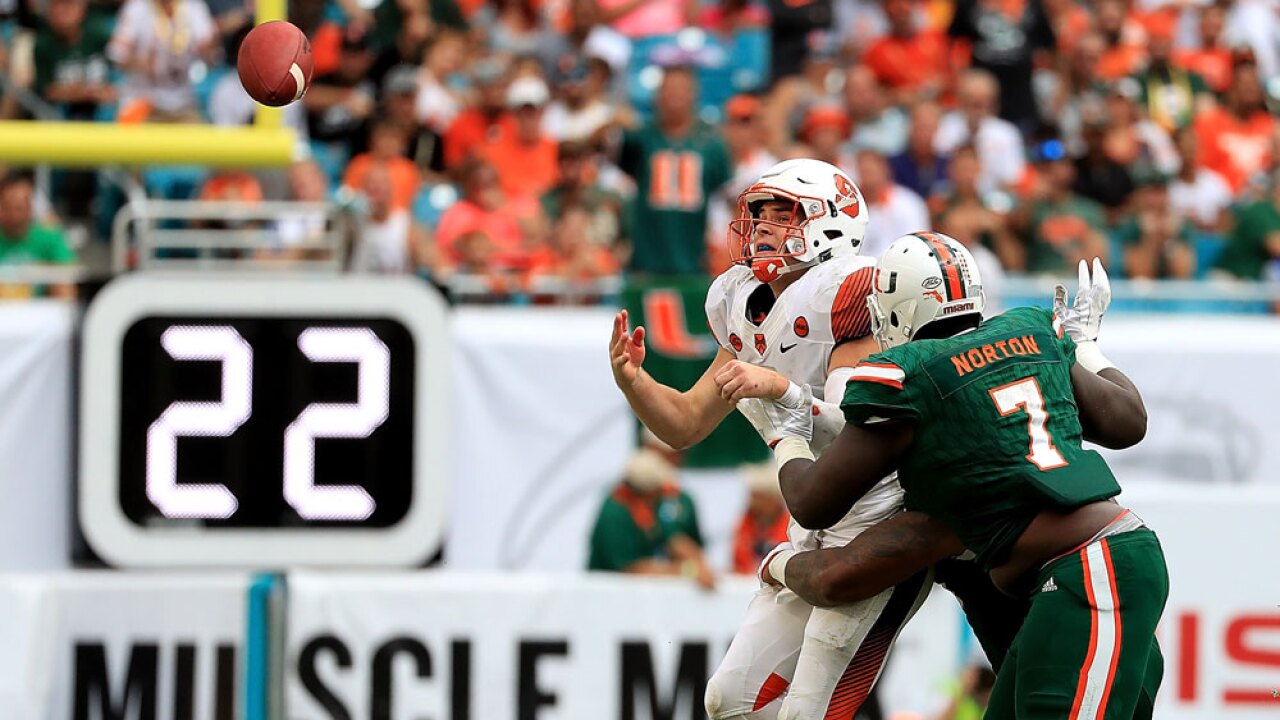 A Miami Dolphins player was seriously injured in a car crash Thursday.

The team identified the player as defensive tackle Kendrick Norton.

The crash happened near the intersection of the Dolphin Expressway and the Palmetto Expressway, according to miamiherald.com. A family friend of Norton’s said his vehicle got cut off and ended up flipping, the Miami Herald reported.

Norton's agent tweeted on Thursday that his injuries are so severe, his arm had to be amputated.

With sadness, I can confirm that Kendrick Norton was in a car accident last night and suffered multiple injuries, including the amputation of his arm. We ask that you continue to pray for him. His family also asks that the public respect Kendrick’s privacy.

The 22-year-old played for the University of Miami where he was a three-year letterman and two-year starter.

The Dolphins said Norton was originally drafted by Carolina and the team signed him from the Panthers' practice squad.

I’m told Kendrick Norton suffered “a catastrophic” arm injury. He will not play football in 2019 and probably not again. https://t.co/vUqk3DPMjp

We were made aware this morning of a serious car accident involving Kendrick Norton. Our thoughts and prayers are with Kendrick and his family during this time.

The U family is praying for Kendrick, his family and the medical professionals helping him this morning. 🙏🏽🙏🏽🙏🏽 https://t.co/uYgXANF5H0