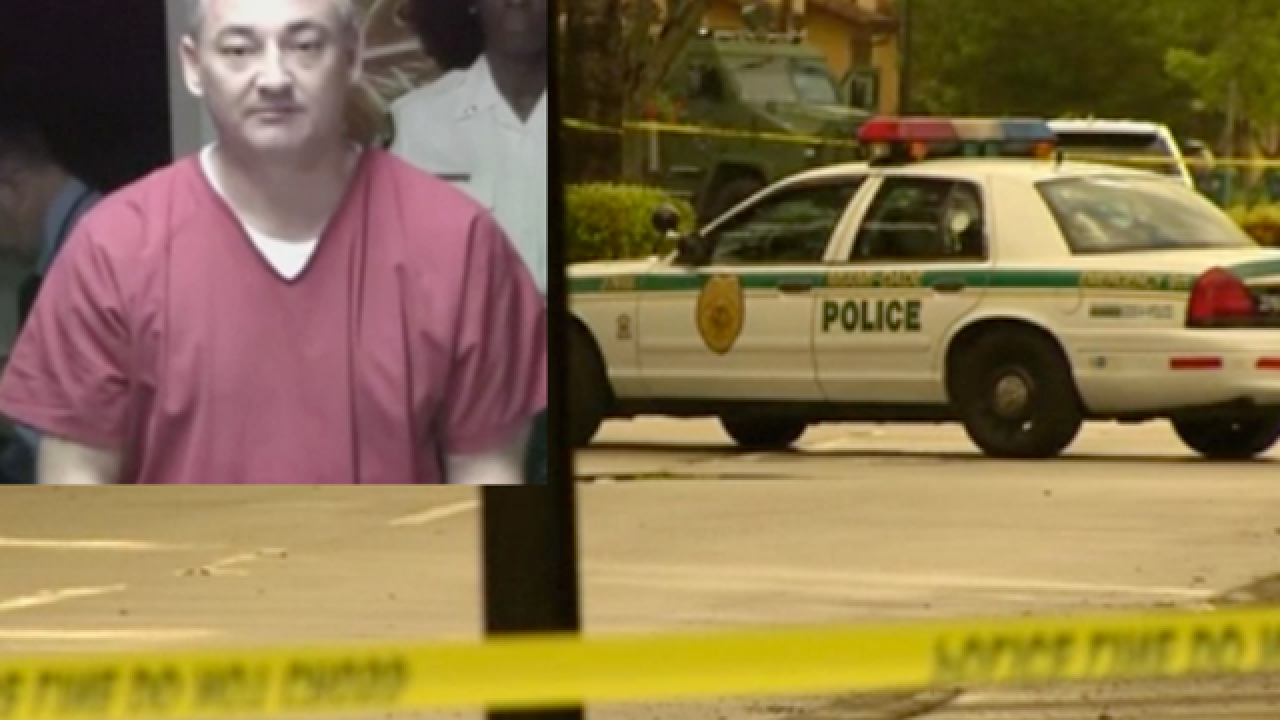 &lt;p&gt;Judge Timothy Maher fatally shot himself after a standoff near Miami, police say.&lt;/p&gt;

MIAMI (AP) — A Social Security judge shot and killed himself after an hours-long standoff with police at a home southwest of Miami, authorities said Friday.

For hours, hostage negotiators pleaded with Maher over mobile devices and a megaphone, asking him to release those detained inside the home including a school-age child.

"I know you're a good father Tim," said a negotiator over a megaphone, according to local television reports. "She's a 13-year-old girl. She doesn't need to go through all this."

The three hostages made it outside. They were described as family members but the exact relationship was not immediately clear.

Police found Maher dead from a self-inflicted gunshot wound. Maher had been arrested last week for domestic violence dispute involving his girlfriend. According to reports, he threatened the mother of his child with a rifle.

Citing his profession, he proclaimed his innocence at his initial court appearance on Aug. 15th, according to a video of his hearing obtained by local television stations.

"I simply ask that you take a moment of consideration to think about who I am and what I do, and whether or not these charges sound like a federal judge with 10 years on the bench," Maher told the judge.

He was jailed and released on bond the next day.