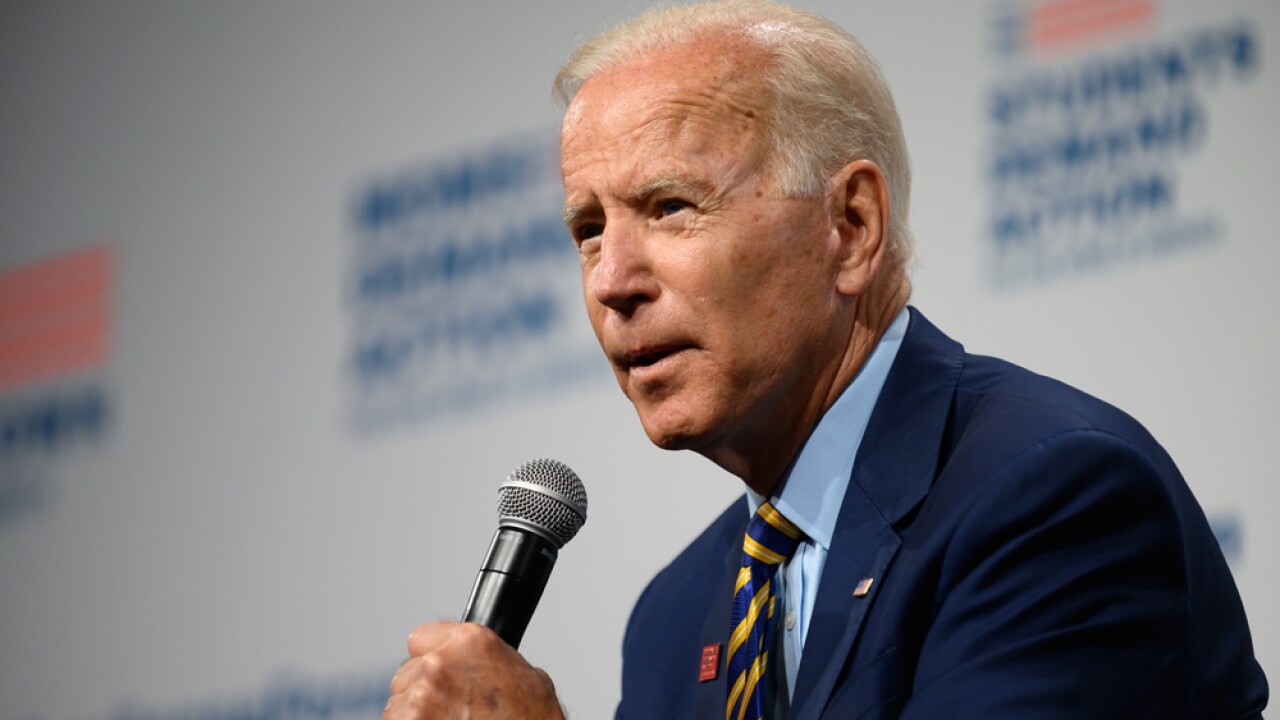 Getty Images
Stephen Maturen/Getty Images
Democratic presidential candidate and former Vice President Joe Biden speaks on stage during a forum on gun safety at the Iowa Events Center on August 10, 2019 in Des Moines, Iowa. The event was hosted by Everytown for Gun Safety.

(CNN) -- Joe Biden twice on Saturday said he met with students who survived the mass shooting in Parkland, Florida, when he was vice president. But the Parkland shooting took place in February 2018, a little more than a year after Biden left office.

The Democratic presidential hopeful -- who is far from the only politician to misspeak but has acknowledged he is a "gaffe machine" -- has a reputation for making misstatements on the campaign trail. His latest campaign gaffes came at a gun control forum in Des Moines, Iowa, when he described meeting survivors of the shooting that left 17 dead when they visited Washington to lobby for stricter gun laws.

Biden did meet with a group of Parkland survivors in 2018, but he did so after he left office. Another mass shooting -- in 2012 at Sandy Hook Elementary School in Newtown, Connecticut -- took place while Biden served as vice president.

The verbal stumble wasn't Biden's only misstep in Iowa, where a recent poll shows he maintains a lead over the rest of the Democratic field. Days prior, Biden said "poor kids are just as bright and just as talented as white kids" -- which his campaign noted was an error he immediately corrected.

He was speaking to a group of Hispanic and Asian voters in Iowa on Thursday when he said: "We have this notion that somehow if you're poor you cannot do it. Poor kids are just as bright and just as talented as white kids -- wealthy kids, black kids, Asian kids. No, I really mean it, but think how we think about it."

"They can do anything that anybody else can do, given a shot," Biden later added. On Saturday, Biden told reporters that people understood what he'd meant.

Last week in Iowa, Biden also initially confused former British prime ministers Margaret Thatcher and Theresa May during a speech in which he recounted the international backlash to President Donald Trump's reaction to the violence in Charlottesville, Virginia. May was prime minister at the time, but while Biden appeared to immediately realize his mistake, he did not go on to name May.

This story has been updated.