'In God We Trust' now must be displayed in all Florida schools, school buildings 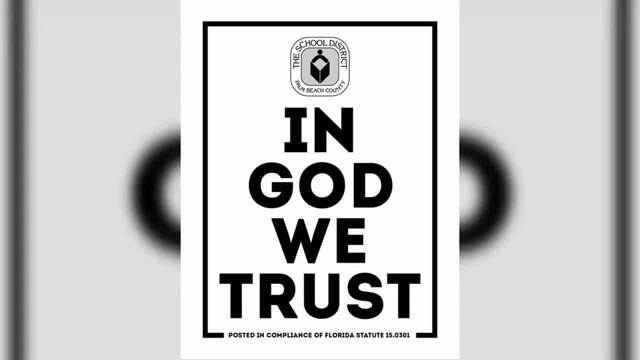 Gov. Scott signed a bill in March that requires all schools to display signs with the state motto in "a conspicuous place." 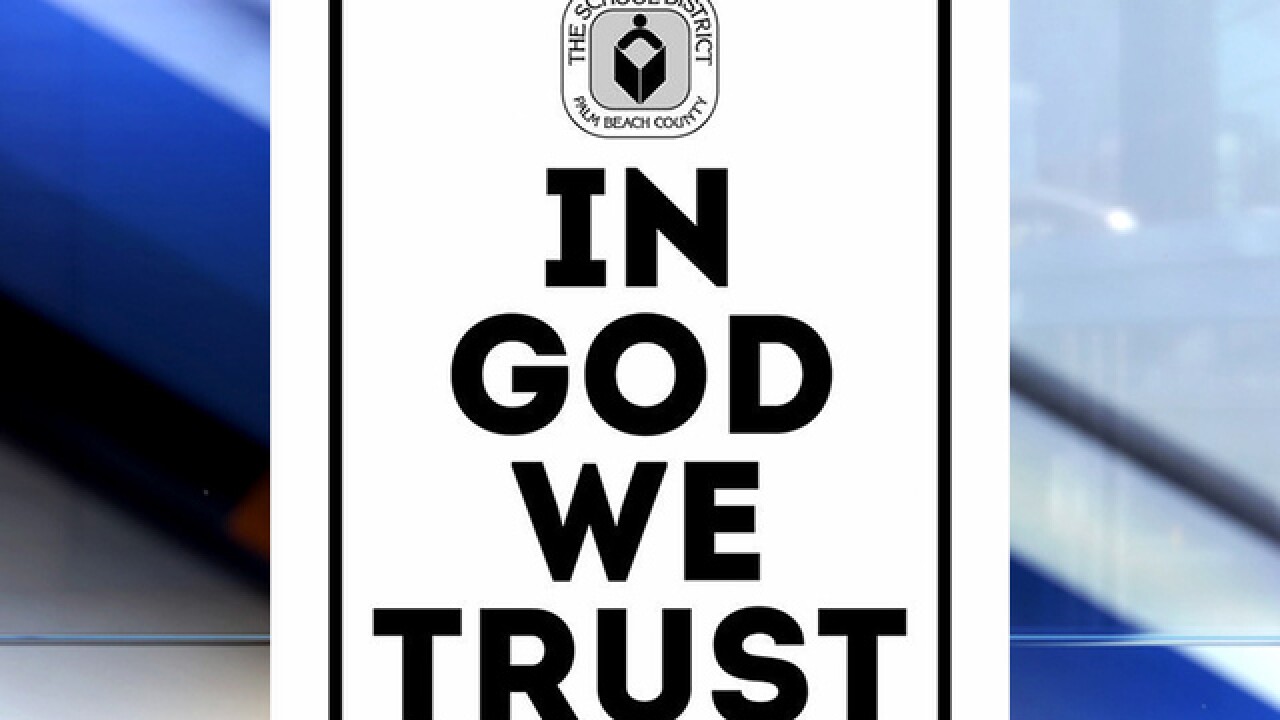 As students return to school this week in Florida, they will see something new: "In God We Trust."

Gov. Scott signed a bill in March that requires all schools to display signs with the state motto in "a conspicuous place."

The measure is part of a sweeping education bill signed into law in March by Gov. Rick Scott, which includes the nation's first ever private school voucher program for bullied students.

The measure was sponsored by Rep. Kimberly Daniels, D-Jacksonville, who runs a Christian ministry, according to the Orlando Sentinel.

“This motto is inscribed on the halls of this great capitol and inked on our currency, and it should be displayed so that our children will be exposed and educated on this great motto, which is a part of this country’s foundation,” she said when a House committee took up her bill (HB 839). “Something so great should not be hidden.”

“In God We Trust” has been part of Florida’s state seal since 1868 and on the state flag since 1900, but has been the state motto only since 2006, according to the Florida Department of State.

Locally, St. Lucie Public Schools has provided all schools with a front office poster "to meet the expectations of this statute," according to Kerry Padrick, the district's chief communications officer.

The Palm Beach County School District emailed all principals two signs, telling them to print one and post in a conspicuous place in each of their school buildings.

The Martin County School District says that signage has been posted in its schools.

Okeechobee County schools have all been provided with the state seal which displays this statement and are required to display it "in a prominent spot on each campus."

WPTV has reached out to all five local school districts and will update this story when we receive a response from Indian River County.

'IN GOD WE TRUST' | As students return to class this week, the state motto must be displayed in all Florida schools under a law Gov. Scott signed. Do you think it's a good idea?