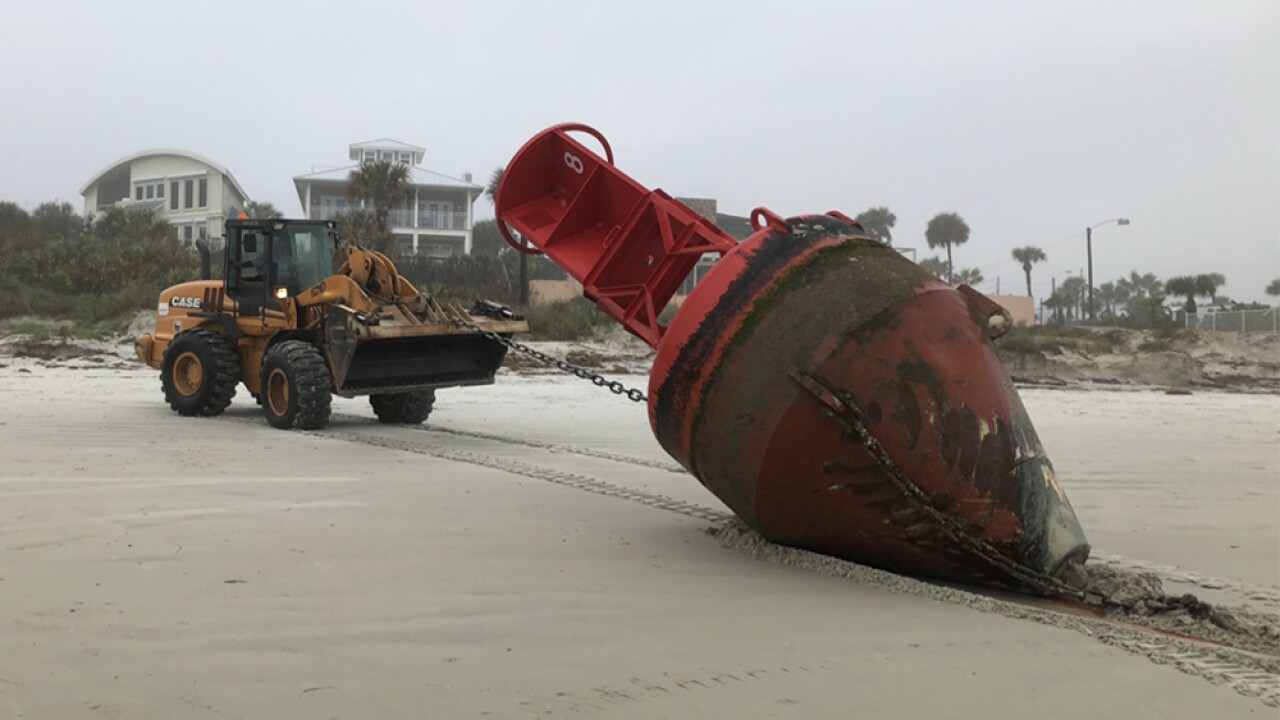 NEW SMYRNA BEACH, Fla. — A big red navigation buoy that bounced along Atlantic waves for two years has beached in Florida, where it's drawing attention.

Crowds of spectators streamed to New Smyrna Beach over the weekend for a close-up view and some pictures with the marker, which some described as "the size of a truck."

A U.S. Coast Guard official says it came from South Carolina and has been displaced since 2017.

The Coast Guard plans to use a crane to remove it sometime this week.

The buoys are usually chained to a large piece of concrete that sits on the ocean floor. It's unclear how it got loose.

The @USCG is working with the City of New Smyrna Beach and Volusia County to create a plan to remove the red lighted buoy that washed ashore. The buoy, originally from Port Royal Sound, SC, was displaced sometime after Hurricane Dorian. pic.twitter.com/Up6EoofkEb