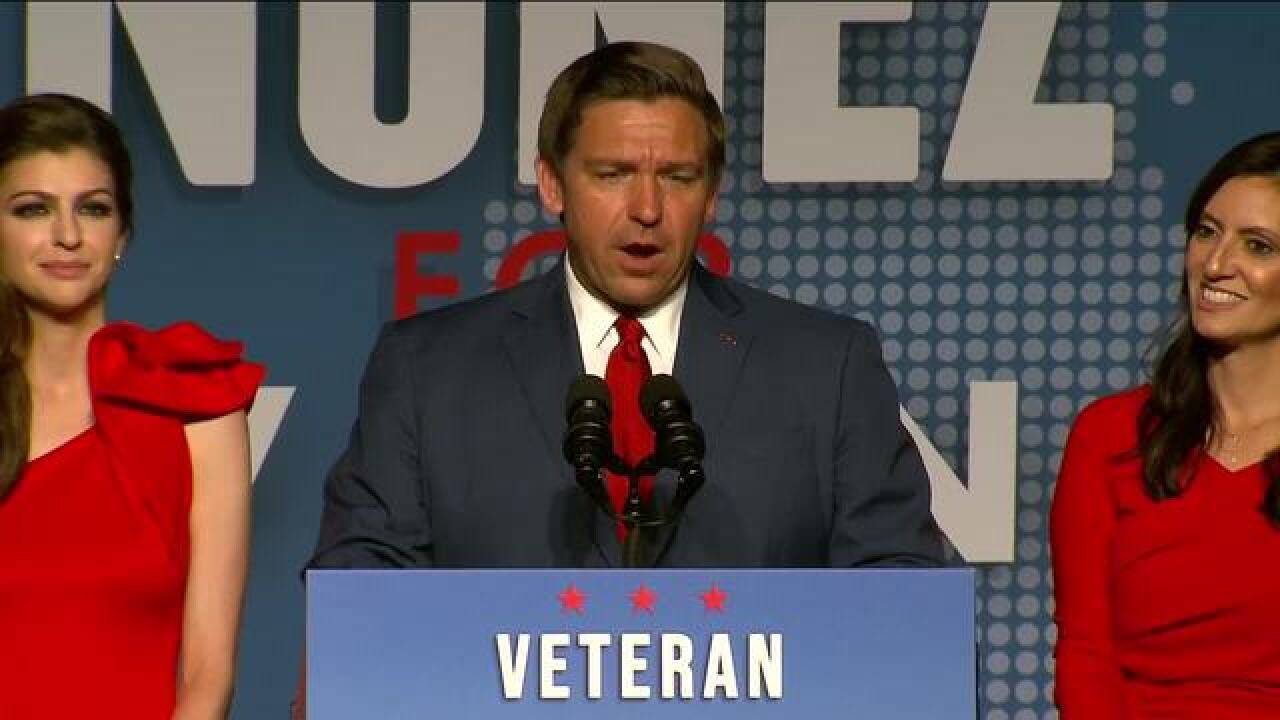 TALLAHASSEE, Fla. (AP) — Florida's next governor is promising to move quickly on everything from Supreme Court appointments to the fate of the sheriff whose deputies were assigned to protect the school where 17 died in a February massacre.

Republican Ron DeSantis takes office Tuesday. During an interview with The Associated Press, the former congressman said he is "raring to go on day one."

DeSantis won his election with the strong backing of President Donald Trump. He'll continue a two-decade tradition of GOP control in Tallahassee.

DeSantis will get a chance to remake the Florida Supreme Court with three appointments. He said he'll announce his first selection Wednesday with the other two coming in the next two weeks.