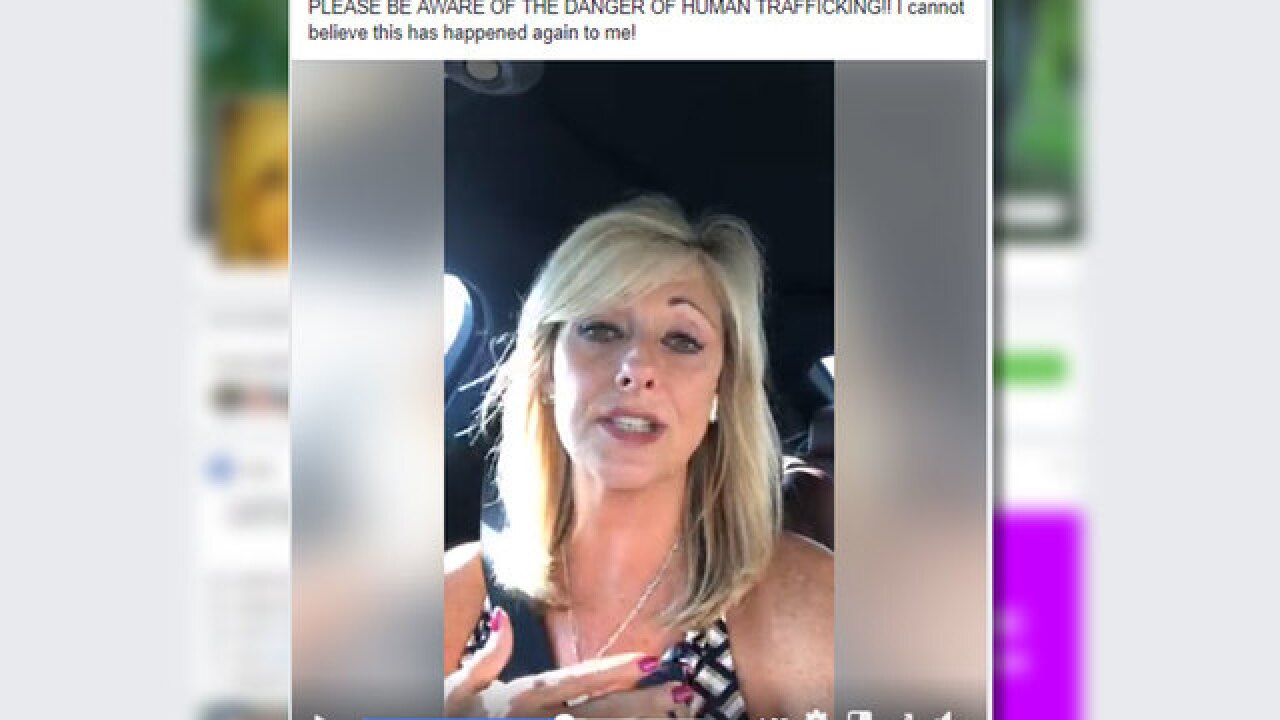 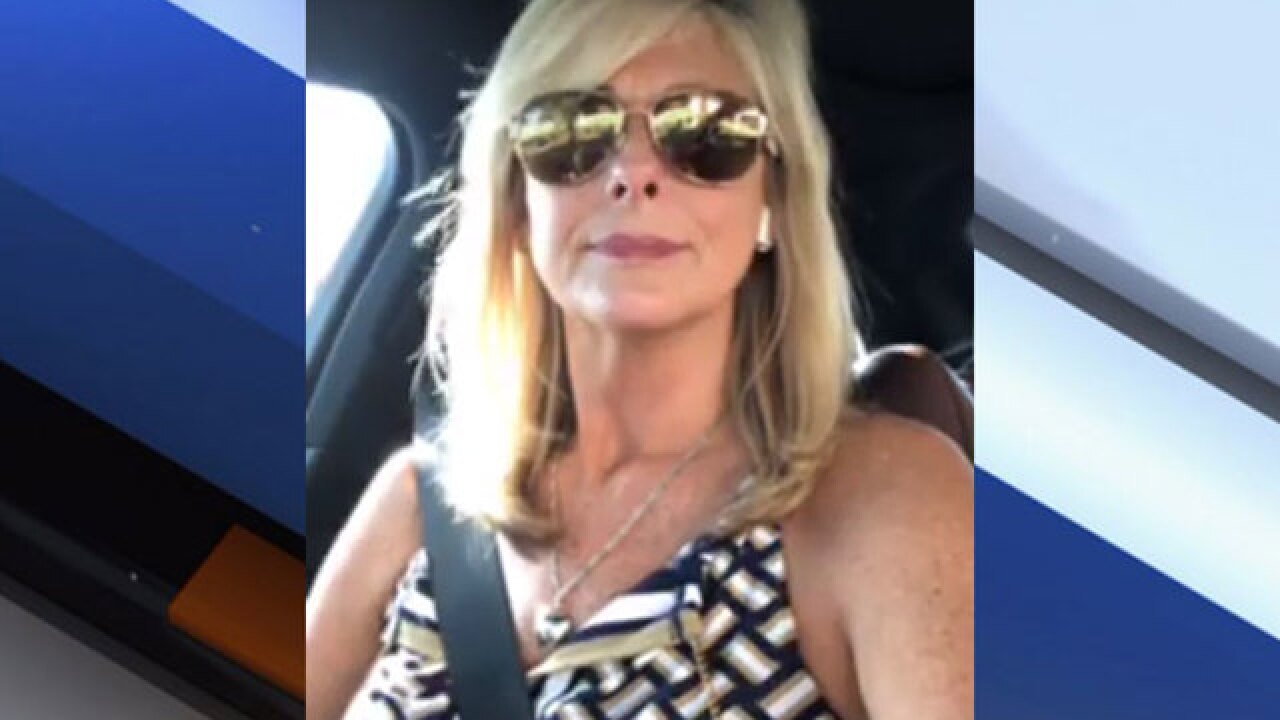 The woman behind a now viral Facebook Live video says she regrets using the term "human trafficking" to describe what happened at a local grocery store but does not regret bringing awareness to the issue.

Lynne Knowles went live on Facebook Sunday and it has since been viewed more than 3 million times.

Knowles described a suspicious man following her through several aisles of a local grocery store, recording her on his cell phone.

"Some of the backlash that’s come today about me using the terminology human trafficking has been well taken. As I look back it was a hotbed term that had been used by many of my friends who were aware of the strange happenings in parking lots and grocery stores. I truly was only trying to help. I had absolutely no idea it would go viral. Although I have regret for using the terminology human trafficking, I have absolutely no regrets for bringing awareness to an issue that is happening. There are some very strange incidents that I have not only experienced, but I’m aware of happening also to my friends. Bringing awareness to such can only be a positive. It is my hope that everyone that saw that video utilizes the knowledge they gained to be more aware of their surroundings and to be a better neighbor, be a better person, and try to help someone when you can."

While the Pinellas County Sheriff's Office says they are seeing more women reportedly being followed by strangers in public places, what happened to Knowles doesn't sound like a precursor to human trafficking.

"The word human trafficking a lot of times, you know, strikes a nerve and makes people nervous, as it should," said Sgt. Spencer Gross.

Sgt. Gross spoke with Knowles Tuesday about the viral video and believes she misinterpreted the term. But adds that her message of staying alert in public places is an important one.

"People need to be aware of their surroundings, they need to pay attention, and they also definitely need to report any suspicious behavior to their local law enforcement," said Sgt. Gross.

A Pinellas County woman is taking to social media to warn others about a potential human trafficking tactic she recently encountered at a local grocery store.

Lynne Knowles said a man followed her through several aisles at her neighborhood Publix, recording her with his cellphone.

"I was so scared and felt so uncomfortable," said Knowles. "It made me very nervous and I purposely went down an aisle that most men wouldn't go down, and he popped up on that aisle too."

After confronting the stranger, Knowles said he ran outside where two other men were waiting in the parking lot.

Since then, she says several friends have come forward with similar stories.

"(I was) putting it out there for my friends and thinking it was just going out to my local friends," said Knowles.

Her three-minute video has been viewed by more than a million people in 24 hours and shared more than 40,000 times.

"I've had a lot of women come to me today and say that they were going to go out and get a gun permit and get a gun," said Knowles.

Scripps station WFTS in Tampa also uncovered another Tampa-area mother warning others about a strange man taking pictures of children at International Plaza.

Tampa police say mall security did contact them about the incident, but they have not found any unlawful behavior.

"We have to protect ourselves and make sure we are completely aware of our surroundings at all times," warns Knowles.