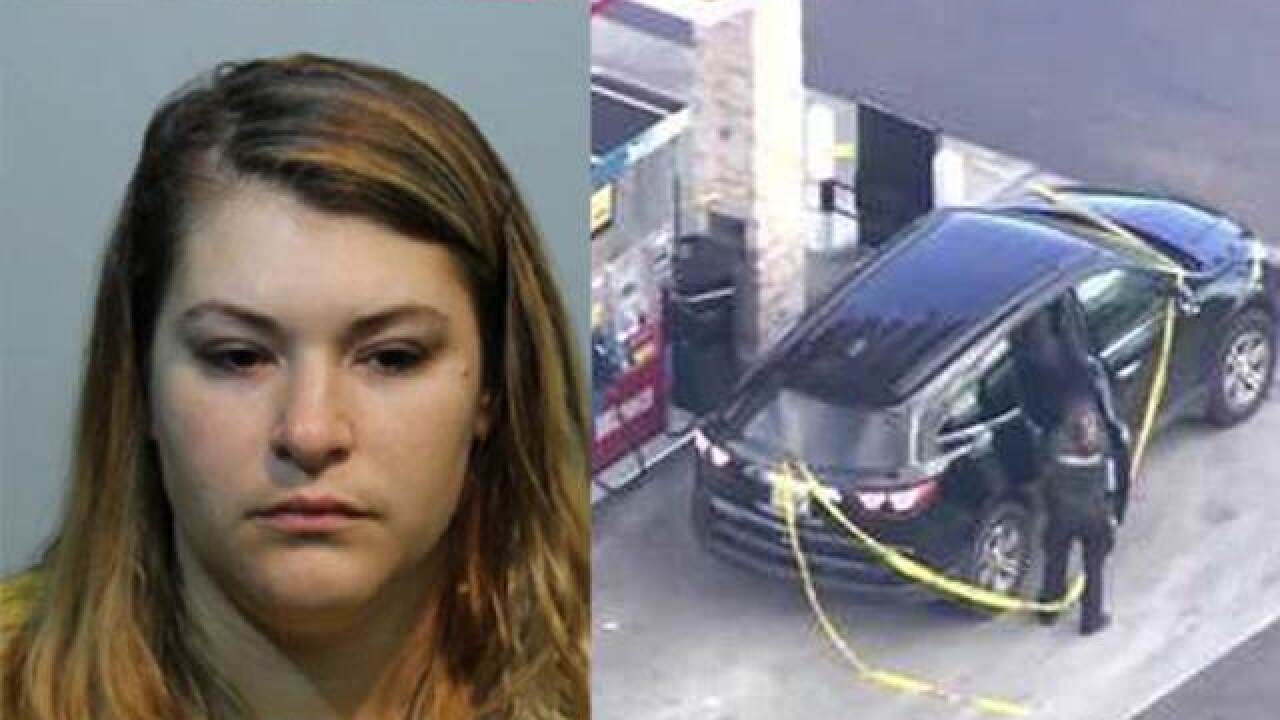 ORLANDO, Fla. (AP) — A Florida woman has been charged with negligent manslaughter in the death of her 1-year-old daughter, who was left for hours in a hot vehicle.

Kit Noelle Pollard was found dead inside the SUV Friday at a Sanford gas station.

According to an arrest report, Pollard forgot to take her daughter to daycare Friday morning and left her in the vehicle for seven hours as temperatures climbed above 90 degrees.

Jail records did not show whether Pollard had an attorney.

The girl was the second hot car death reported Friday in Florida. In a separate case, a 4-year-old boy died after being found alone in a locked car outside an Orange County school.

UPDATE: We have charged 29 year old Kailyn Pollard with Negligent Manslaughter in the hot car death of her one-year-old daughter Kit Noelle Pollard last evening. She is scheduled to make her first court appearance at 9 a.m. today. We are working on an updated news release. pic.twitter.com/zGphssuFei