Florida man sings and reads to relax gators during pandemic

'Gator Crusader' has always had passion for Florida's reptiles 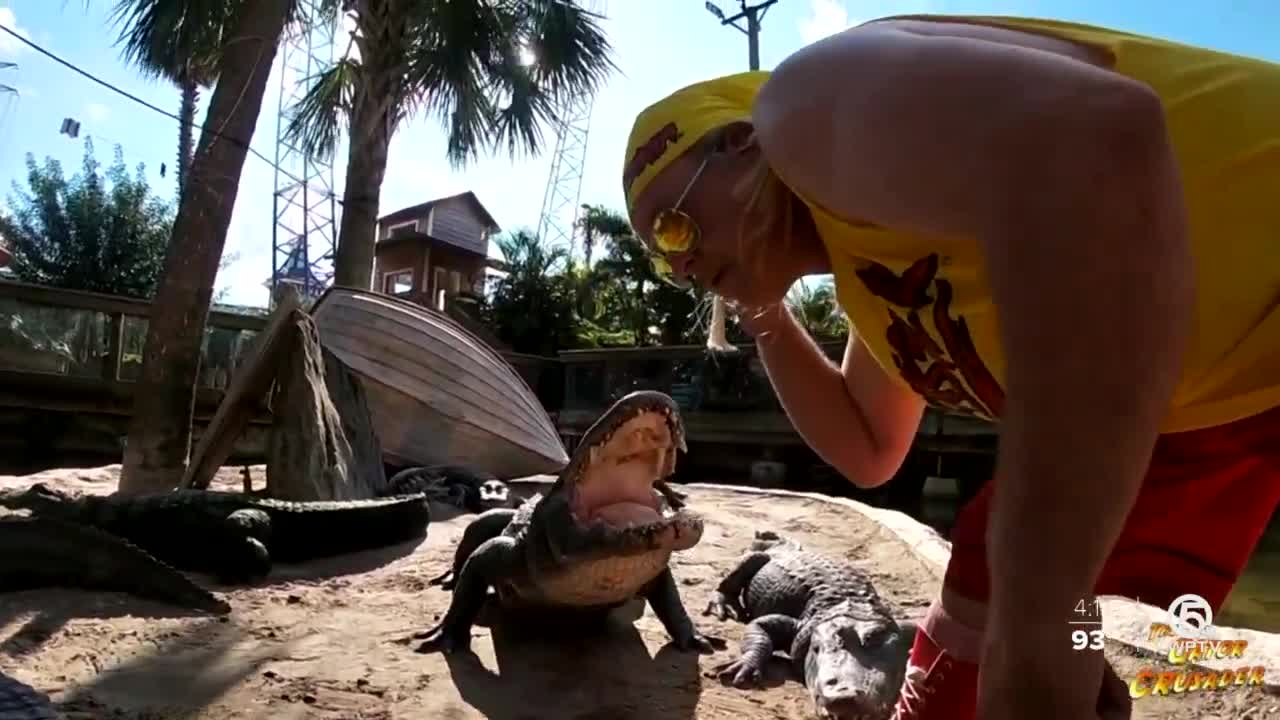 Michael Womer is known as the "Gator Crusader." He posts wild videos where he gets extremely close to alligators during live shows. 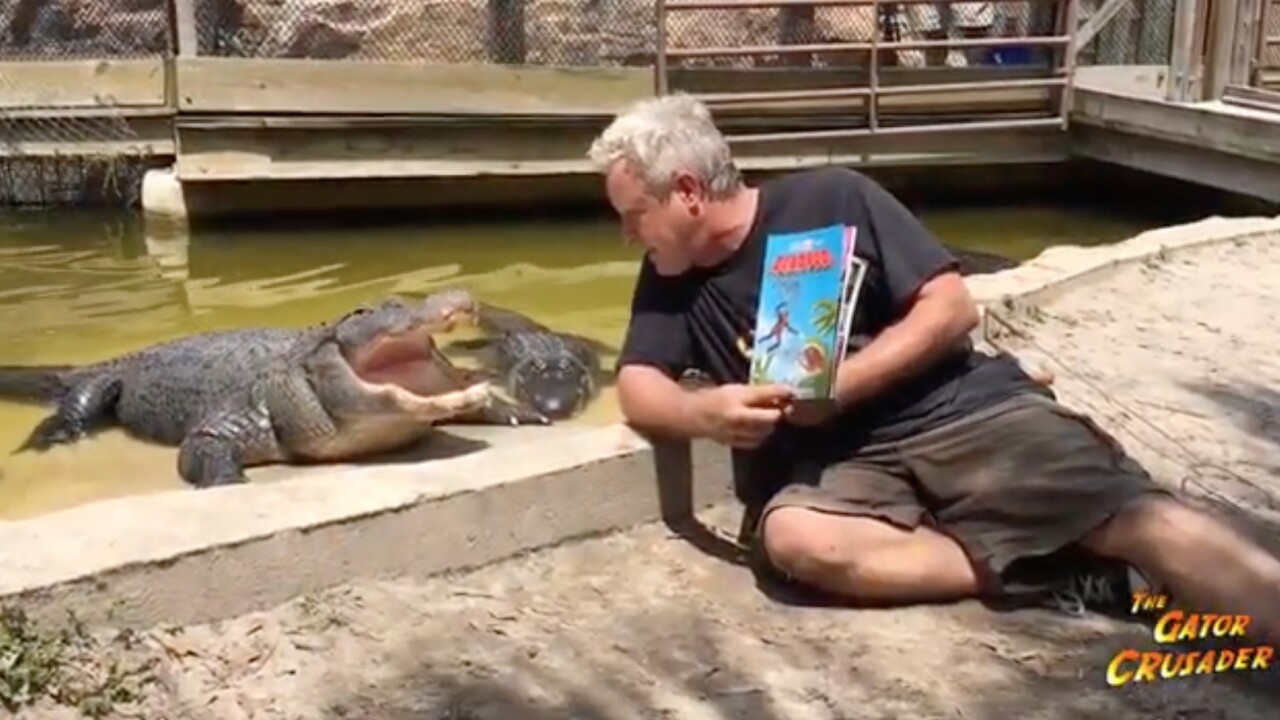 WEST PALM BEACH, Fla. — Michael Womer is known as the "Gator Crusader." He posts wild videos where he gets extremely close to alligators during live shows. He said he's loved alligators since he was a child and even told his school counselor in high school he already knew he wanted to perform with gators as a teenager.

He shared what he's been doing differently during the pandemic, and if he thinks alligators can sense the difference.

Womer performs with a gator show in central Florida and he shares videos of his wildest antics online. He often dresses up, performs stunts and even reads to the alligators. He's perhaps most widely known for a video where he falls into a gator pit when his rope swing snaps.

Womer said the alligators can tell something is different because there aren’t as many people around.

"They don't know exactly what's happening, but they do register something is going on," he said. "In order for an alligator to eat out in the wild, they have to be very observant. They are smarter than most people think."

The change in behavior was obvious the first couple of days.

"The first day or two, I had one or two that would just kind of sit in the back of the pen like, 'I don't know what's happening. It's weird,'" he said. "I started singing to them. I read them books. I talk to them, and then all of a sudden, they're like, 'All right. I know this guy. It's OK."

Womer said he has taken the change in his personal work as an opportunity to reach a more global audience. He has been live streaming shows and posting more videos to his YouTube channel.