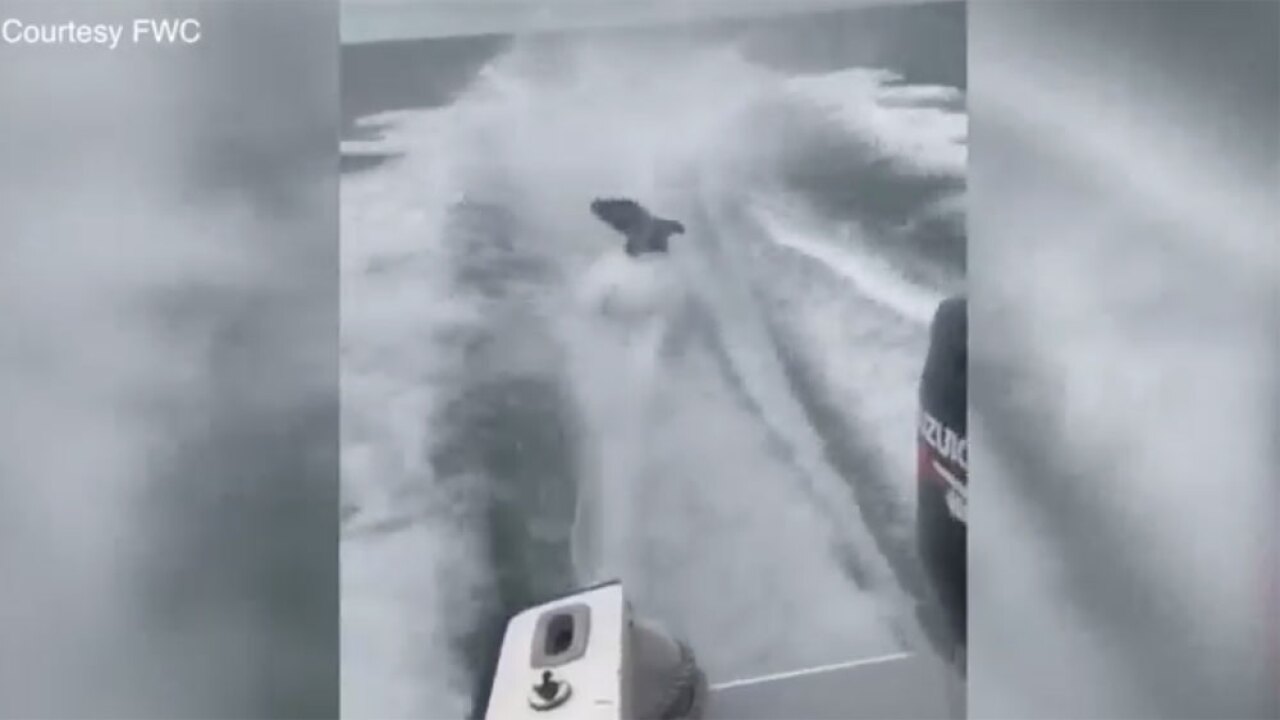 FWC
A Florida man has pleaded guilty in connection to a video of a shark being dragged behind a speeding boat.

TAMPA, Fla. (AP) — A Florida man has pleaded guilty in connection to a video of a shark being dragged behind a speeding boat.

Michael Wenzel, 22, pleaded guilty Thursday to charges of misdemeanor animal cruelty and using an illegal method to catch a shark. He was sentenced to 10 days in jail and 11 months' probation.

A second man charged in the case is awaiting trial. Charges were dropped against a third man arrested after the video surfaced in 2017.

In the video, a group of men laugh as they drag a shark by a rope behind a boat.

Wenzel also must serve 100 hours community service. Prosecutors asked for half those hours to be served at an animal shelter.