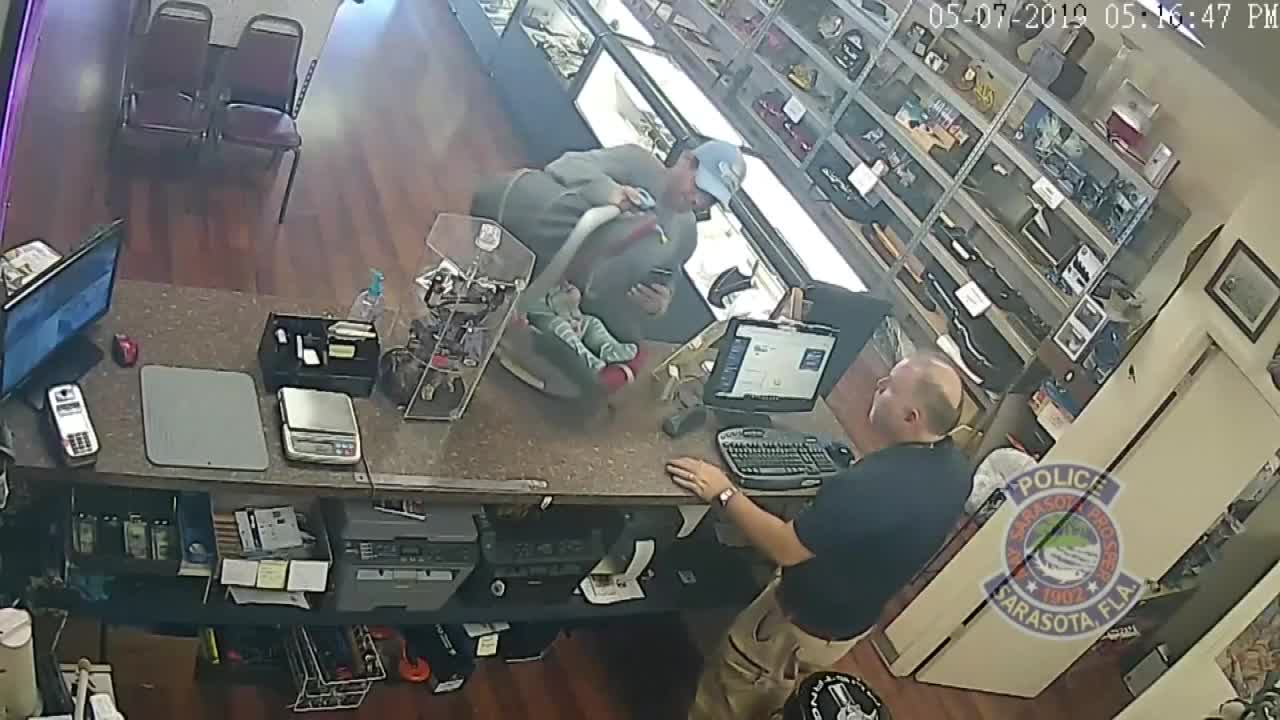 A massive manhunt ensued after a Sarasota man tried to pawn his baby.

A massive manhunt ensued Tuesday evening after a Florida man jokingly tried to pawn his baby in a prank gone wrong, which he also recorded on Snapchat.

Jordan called it "the weirdest, strangest situation we've ever encountered."

"He put it on the counter. He was pretty serious about it. He spun the baby around, and said, ‘Can I pawn this?’" said Jordan.

It lasted less than a minute, but after he left, Jordan called the police. A few hours later, Slocum realized he was all over the news. He called authorities to explain and soon dozens of officers were outside his home.

"They didn't find it funny or hilarious at all and there was a lot of resources and time and money that went into it," said Slocum.

Slocum is a single dad with a 7-month-old son named Caden.

At the urging of his nephew, he had started making silly videos on Snapchat. On Tuesday, Slocum recorded the pawnshop stunt on Snapchat.

He didn't think the manager would take it seriously.

"This is not funny! This is serious business," said Jordan.

"There's nothing in the world I would trade for my son. He's my world, nor any money is worth him," said Slocum.

Sarasota police are not charging him, and Slocum has learned his lesson. He has a warning for others.

"It was a prank. It was skit and a lot of these young people don't realize that doing things like this has a consequence," said Slocum.