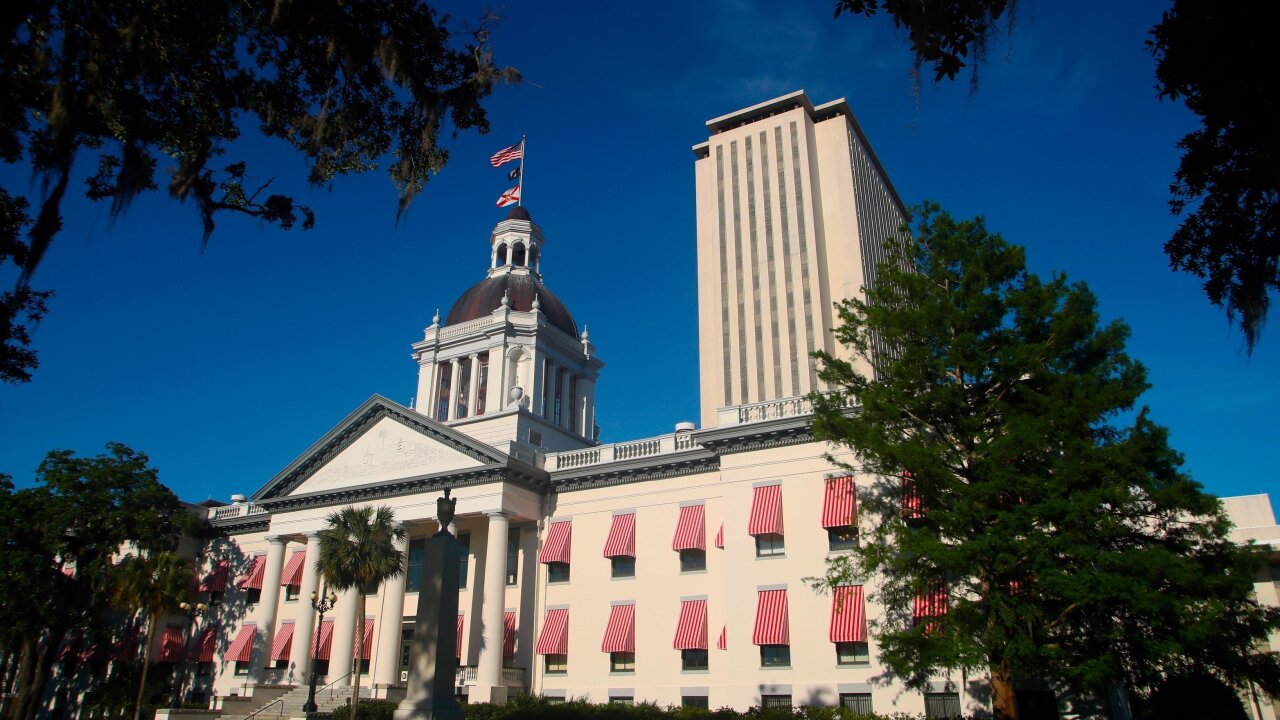 TALLAHASSEE, Fla. (AP) — The Florida Legislature came back for one extra day Saturday to pass a $91.1 billion budget and then quickly went home, ending a session where sanctuary cities and guns in schools grabbed much of the attention in a process that saw victories for Republican leaders.

Lawmakers tacked on the extra day to their annual 60-day legislative session because they couldn't come to a spending agreement on time. They spent Friday passing last-minute bills, then came back to the Capitol just to vote on the budget. The process took a matter of minutes. The House and Senate passed the spending plan with no debate — they did that over the previous two days — and spent the time cheerfully congratulating themselves on the work they did in the previous 60 days.

"Give yourselves a round of applause," said Senate President Bill Galvano.

"Here we are 61 days later, and we have done what we said we would do. We should all go home tremendously proud," House Speaker Jose Oliva said minutes later.

So what did they actually do? A lot — but most of it in the last few days of the session. The 2019 Legislature behaved like a college student who suddenly realized final exams were coming up. Lawmakers quickly completed their first assignment — a demand by Republican Gov. Ron DeSantis to repeal the state's ban on medical marijuana. Then DeSantis had little use for his bill-signing Sharpie for most of March and April. Lawmakers didn't send him anything else of significance for weeks.

But when they did, they did so with a whirlwind of activity — some of which popped up as a surprise in the final minutes of the session. At 11:19 p.m. on the last day to consider legislation other than the budget, the Legislature passed a bill aimed at preventing human trafficking. It includes a provision that will create a publicly accessible database of people who solicit prostitutes, as well as training for hotel and massage parlor workers on how to spot and report human trafficking.

Although most of the 3,500 or bills filed this year died, the three most powerful men in the Capitol were able to claim victory. Galvano got approval for the rural toll roads he wants to build to help boost economic development, ease congestion on Interstate 75 and to create new hurricane evacuation routes. Oliva got some health care reforms, including a bill that makes it easier to build new hospitals. DeSantis largely got everything he asked for, from a bill that helps students prepare for careers even if they don't want a four-year college degree to the expansion of the state's voucher program that spends taxpayer money to send students to private schools.

"We had a lot of stuff on our plate with a new governor," said Republican Sen. Tom Lee, a previous Senate president. "We got pretty much all of it done because the speaker and the president were a really good fit for one another and this governor's personality."

Republicans ended up spending more than they said they would. The Senate proposed a $90.3 billion budget. The House thought that was too much, and suggested $89.9 billion. So when it came time to reconcile those differences, they agreed on $91.1 billion. DeSantis originally requested $91.3 billion, but on Saturday he joked that he'll cut what the Legislature approved.

"It's going to be under 91 (billion dollars) when I get through with the budget, don't worry about that!" DeSantis said as he stood beside Galvano and Oliva, prompting a round of laughs and cheers from the lawmakers around them. "That budget is less than the budget for New York City. And so, I think Florida is fiscally stable. We're going to continue with that, we're going to live within our means and still meet the needs of the people."

There were some issues that Democrats and Republicans agreed on, like feel-good bills to give cancer benefits to firefighters and increasing penalties for people who kill police dogs. Nobody voted against a bill that bans child-like sex dolls. Floridians will soon be able to grow vegetable gardens in their front yards without worrying about local ordinances that ban them.

But other issues raised consternation. For weeks, advocates for immigrants came to the Capitol to protest a proposal that prohibits local governments from adopting sanctuary policies on immigration. In the final week, the Legislature approved a bill requiring local governments to cooperate with federal authorities that enforce immigration laws. Democrats spent hours fighting a bill that will force felons to pay court-imposed financial obligations before they can have their voting rights restored. It passed on the 60th day of what was supposed to be a 60-day session.

And there was long and loud debate over a bill that expands a program that allows school districts to train teachers to carry guns in the classroom. That bill also passed in the final week. There was also language that Republicans snuck into a bill on the 60th day that will make it harder for citizens to change the constitution through petition drives.

So while Democrats and Republicans cheered as the session ended, some Democrats felt that among the good lawmakers did, there were other bills that shouldn't be celebrated

"Democracy died a little this session. We passed some pretty terrible bills. Obviously there was celebration around the budget in its entirety, but when it comes to legislation, we have arming of teachers. We did not pass one actual environmental bill," said Democratic Rep. Anna Eskamani. "We made a decision to restrict the constitutional amendment process, which is a direct attack on democracy."