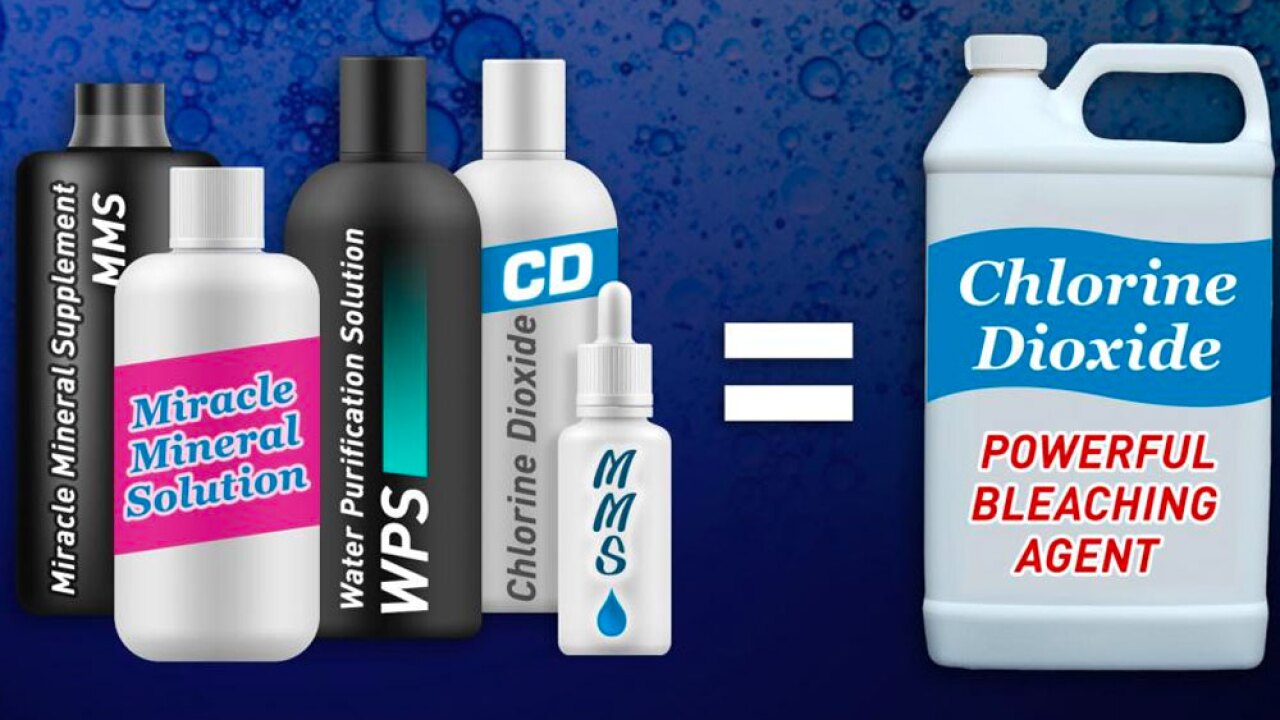 MIAMI — A Florida father and his three sons sold a product they touted as a cure for COVID-19 but was actually toxic bleach, federal prosecutors said Wednesday.

Mark Grenon, 62, and his sons, Jonathan Grenon, 34, Joseph Grenon, 32, and Jordan Grenon, 26, all of Bradenton, have been charged with conspiracy to defraud, conspiracy to violate the Federal Food, Drug and Cosmetic Act, and criminal contempt.

According to a criminal complaint, the Grenons manufactured, marketed and sold Miracle Mineral Solution as a drink that could treat, prevent and cure the novel coronavirus.

In reality, though, it was actually a solution containing sodium chlorite and water that, when ingested orally, becomes chlorine dioxide, a powerful bleach typically used for industrial water treatments or bleaching textiles, pulp and paper, prosecutors alleged.

Miracle Mineral Solution was being sold "under the guise" of Genesis II Church of Health and Healing, which prosecutors said was created in an attempt to avoid government regulation.

According to the complaint, Mark Grenon, who co-founded Genesis, has repeatedly acknowledged that the church "has nothing to do with religion" and that he co-founded Genesis to "legalize the use of MMS" and avoid going to jail.

The complaint alleges that Grenons marketed the solution as a "miracle cure-all for dozens of other serious diseases and disorders," including cancer, AIDS and multiple sclerosis, even though the FDA had not approved it for any use.

In fact, the FDA warned against the use of Miracle Mineral Solution and other sodium chlorite products last August after receiving many reports of people getting sick from using them.

"The bottom line: Sodium chlorite products are dangerous, and you and your family should not use them," the FDA warned.

In April, a federal judge banned the Grenons and Genesis from selling the product, but prosecutors said they "willfully violated these court orders" and even sent letters to the judge threatening violence.

"We continue to protect the public from criminal conduct that takes advantage of the COVID-19 pandemic," U.S. Attorney Ariana Fajardo Orshan said in a statement. "Not only is this MMS product toxic, but its distribution and use may prevent those who are sick from receiving the legitimate health care they need."

"The Genesis II Church of Health and Healing has actively and deliberately placed consumers at risk with their fraudulent Miracle Mineral Solution, and Americans expect and deserve medical treatments that have been scientifically proven to be safe and effective," Hermshen said.