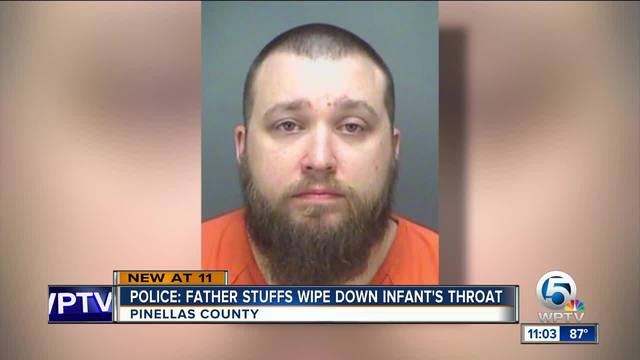 A Florida father is facing attempted first-degree murder charges after his 5-month-old son was found with wipes stuffed in his throat. 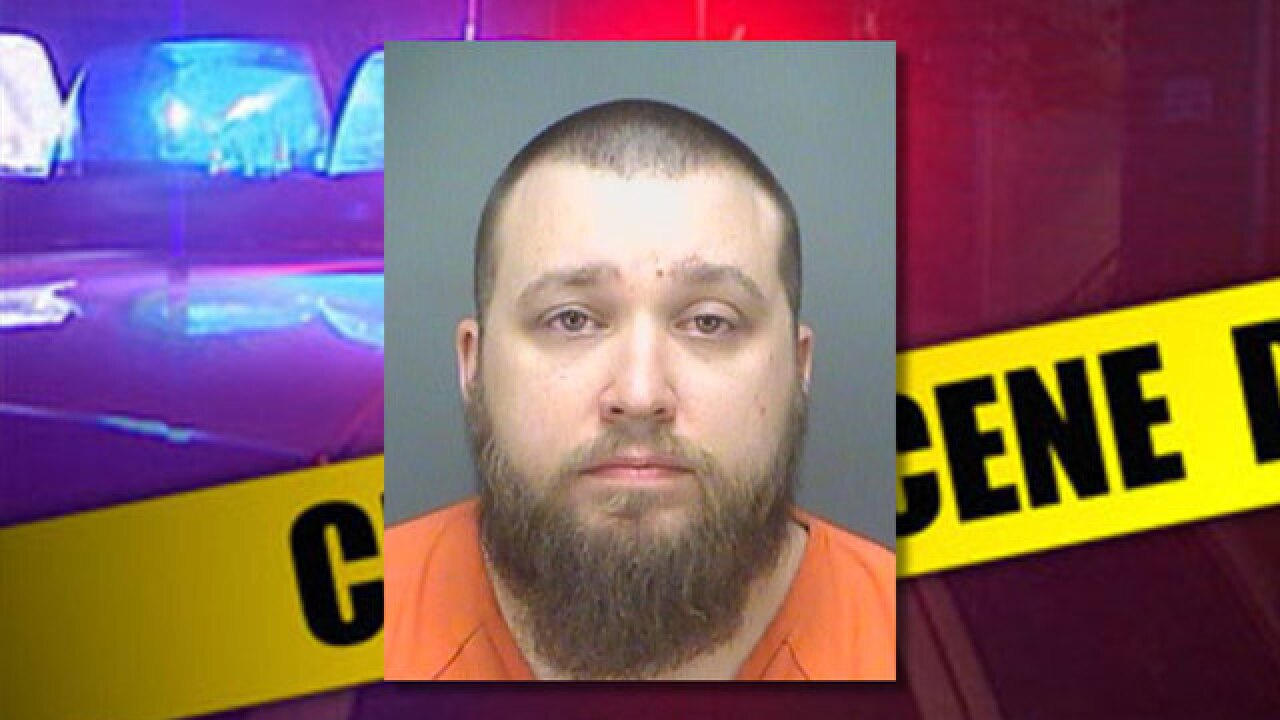 TARPON SPRINGS, Fla. (AP) — A Florida father is facing attempted first-degree murder charges after his 5-month-old son was found with wipes stuffed in his throat.

Authorities in Tarpon Springs, Florida say the baby is in critical condition on a ventilator in a hospital.

The child's 32-year-old father, Michael Hurley, was being held in jail after bail was set Thursday for $500,000.

The Tampa Bay Times reports that Hurley was at home alone with the baby when the boy's mother arrived to find Hurley holding the baby with his fingers down his throat saying he was trying to grab something but "his fingers were too big."

Hurley told investigators it was a "freak accident" and he couldn't remember what happened.