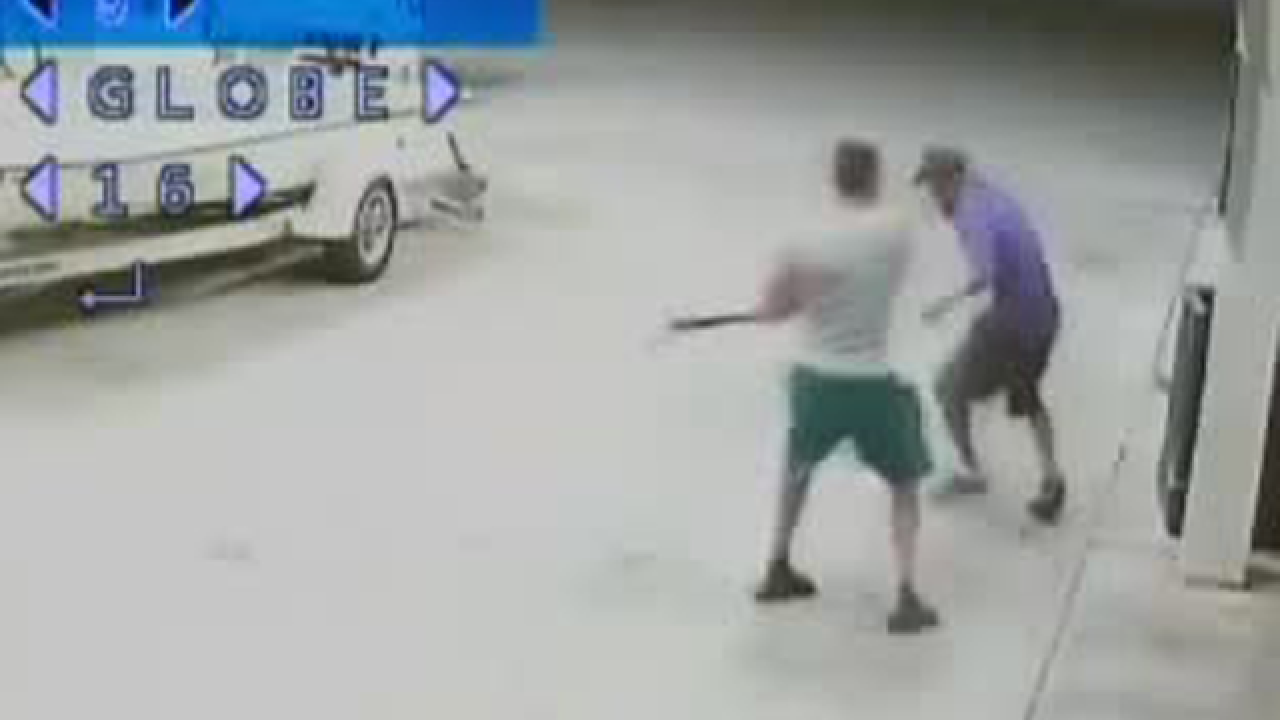 WARNING: Graphic video, some may find the images disturbing

New surveillance footage shows a Miami model allegedly clubbing a panhandler with a bat during an argument at a gas station that ended with the panhandler dead and the model facing a murder charge.

Gonzalez had stopped for gas in his black pickup truck that was towing a boat when Cruz approached, according to an arrest report. At one point, Gonzalez lunged at Cruz with a "large object" in his hand and struck him in the head, the report said.

Cruz began to run away, and Gonzalez chased after him and struck him on the head a second time, knocking Cruz to the ground, the report said. The "large object" was a bat used by anglers to subdue large fish, the Miami Herald reported.

Gonzalez fled the scene without calling 911 or rendering aid, the report said. Cruz was taken to a nearby hospital where he never regained consciousness. He died a few days later.

Gonzalez was arrested the day after the incident and now faces a second-degree murder charge. He remains held without bond.

An attorney for Gonzalez told the Herald that Cruz had been yelling threats after Gonzalez refused to give him money. He also said Gonzalez was unaware Cruz had been critically wounded.

"This is a really good-natured guy who believed he was put into a life-or-death situation," lawyer H. Scott Fingerhut told the paper. "We are deeply sorry about what happened to Mr. Cruz. The bottom line: Hivo Gonzalez is no killer."

Gonzalez, whose occupation is listed as a "boater" on the arrest report, runs charter fishing trips and works in the fitness industry, according to the Herald. He is also a fitness model and participates in workout competitions.