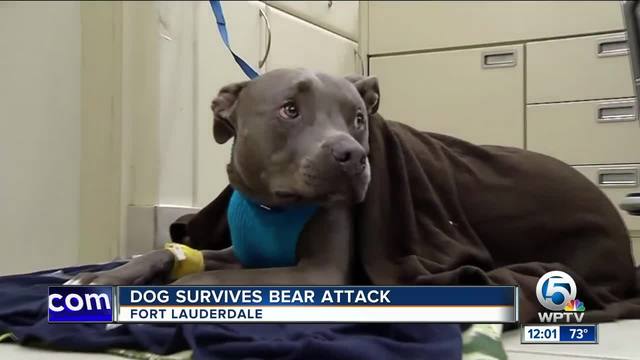 A dog survived injuries after a bear attack in Broward County. 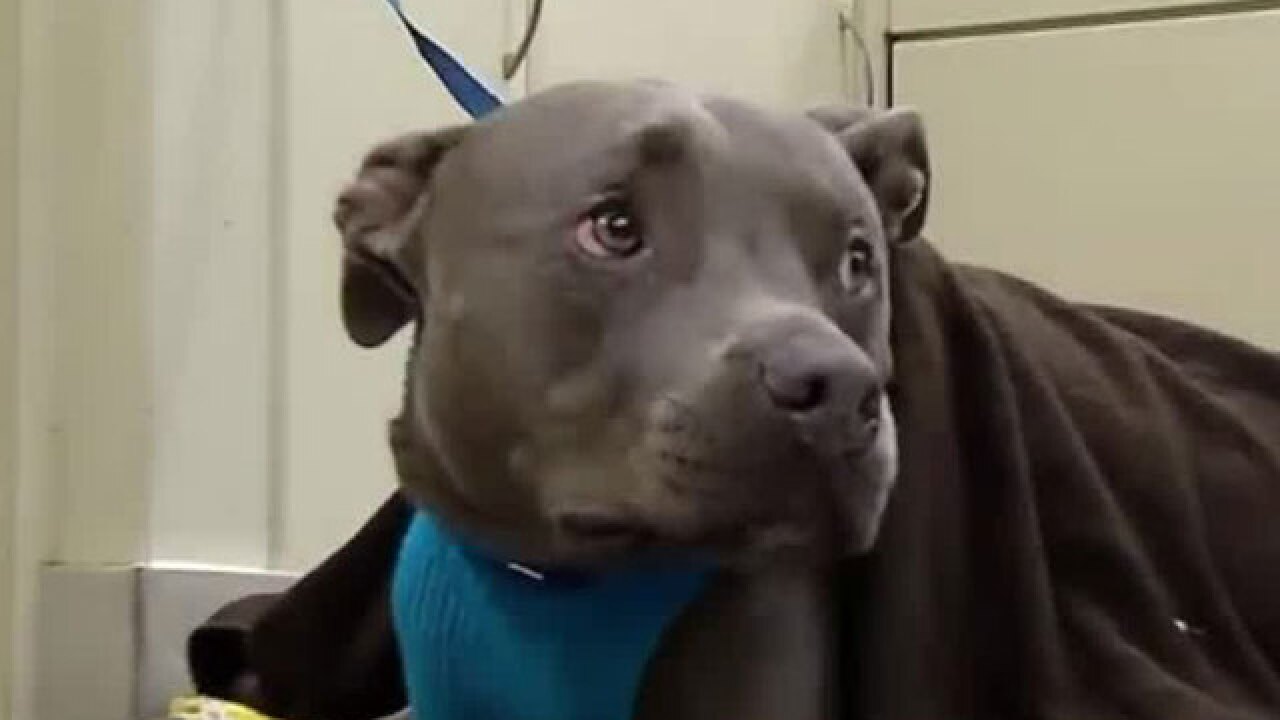 A 3-year-old pit bull named Mary Jane was attacked by bears when she was presumably trying to protect the woman who was taking her on a nightly walk in Broward County.

The incident occurred at about 9 p.m. Friday at the Big Cypress Indian Reservation of the Seminole Tribe of Florida.

Mary Jane's owner was visiting his daughter, who took the American pit bull terrier for a walk.

"Mary Jane was being taken for an evening walk, when she took off running to presumably protect the daughter and was attacked by approximately three bears," Lauderdale Veterinary Specialists, which is treating Mary Jane for deep puncture wounds covering most of her body, said in a statement.

Mary Jane was first taken to Lakeside Animal Hospital in Plantation and then referred to LVS for treatment.

"Additionally, doctors are concerned about air in the chest cavity of Mary Jane, which was presumably caused by her wounds and trauma," LVS added.

Dr. Ashley Villatoro, a veterinarian at LVS, said that Mary Jane's prognosis is considered to be good.

"We are still cautious about the air in her chest and the potential for the development of infection,” Villatoro said in a statement. "Most importantly, this should be a lesson to all who live in South Florida that we have a presence of wildlife that can easily harm or injure a pet. Whether we’re talking bears, panthers, bobcats, alligators, venomous snakes, wild boars or bufo toads, we certainly have our share of deadly wildlife to continually be on the lookout for."