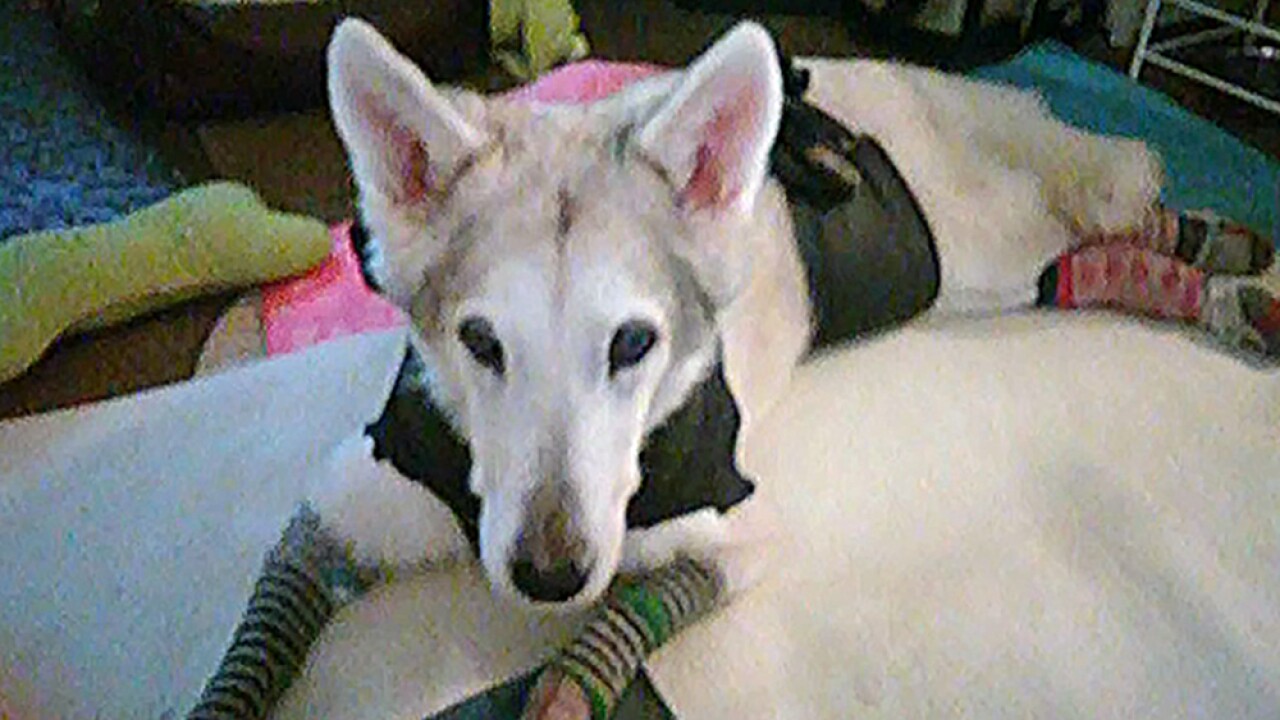 NBC Miami
Zorra, a 13-year-old female Husky-Shepherd mix, went missing on Oct. 3 after her owner&#39;s car was stolen outside a Dollar Tree.

OAKLAND PARK, Fla. — An animal rescue group is reporting that a disabled Husky mix who went missing when a car thief drove off with the dog still inside the vehicle has been found dead.

The local rescue group 100+ Abandoned Dogs of Everglades Florida posted a video on social media saying Zorra, a 13-year-old female Husky-Shepherd mix, was found dead when the car was found dumped in Lauderdale Lakes on Monday.

Officials from the Broward Sheriff's Office have not confirmed the information and told the group the dog had died, according to the video, but did not release details.

Zorra went missing on Oct. 3 after her owner's car was stolen outside a Dollar Tree near Andrews Avenue and Oakland Park Boulevard. Owner Wanda Ferrari said Zorra's two back legs are paralyzed and she needed a doggie wheelchair to get around.

"All we care about is that somebody — anybody with compassion, that has children, that has a family, even the person that took the car — tell us, give us anything," Ferrari told WTVJ in Miami on Monday. "I don't care how you give us a clue; I don't care. Tell us where to find that dog."

Katz, a licensed private investigator, specializes in reuniting lost, missing and stolen pets with their families.