Cow on the loose in South Florida, wanted by police 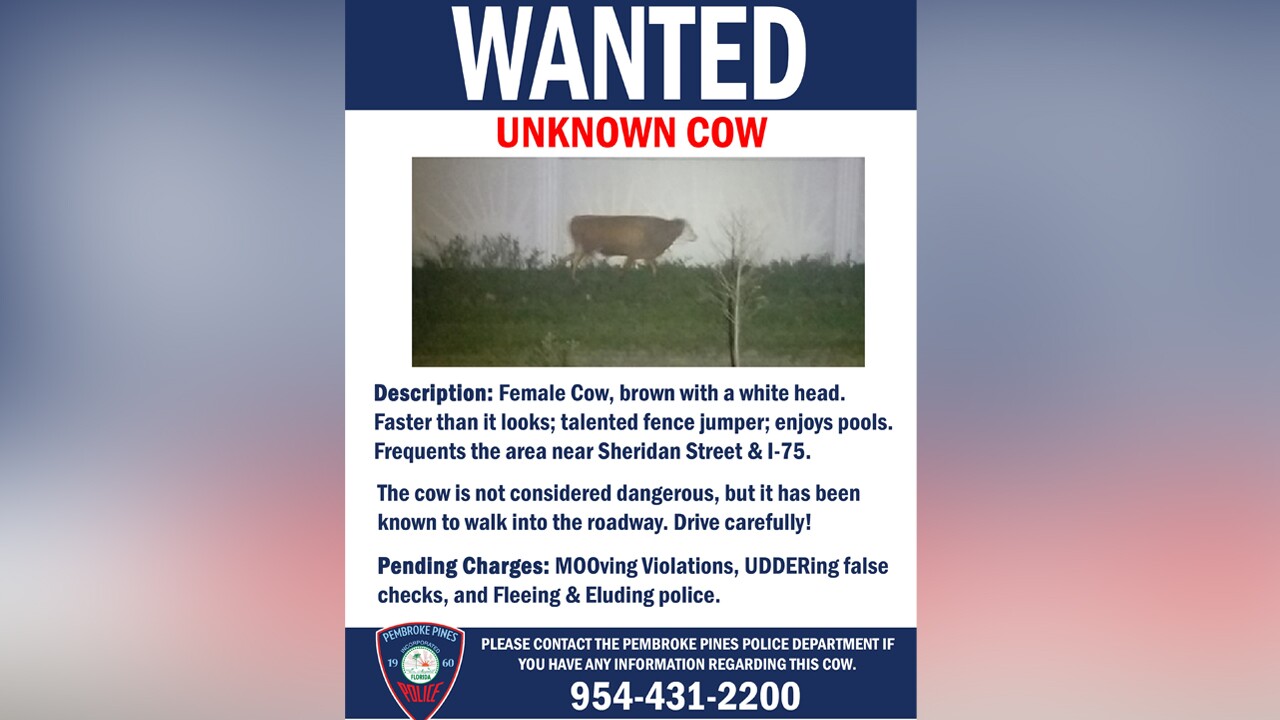 PEMBROKE PINES, Fla. (AP) — A cow is on the loose in South Florida. Not considered dangerous, but police have been trying to corral it for weeks.

The Pembroke Pines Police Department said Wednesday the animal has been spotted near Interstate 75 in southern Broward County.

Somehow it has eluded capture since late January.

For several months a loose cow has been seen wandering in the area of Sheridan & I-75. It has evaded capture by both our officers & assisting cow herders since January. If you know the owner of this cow, or if you know its whereabouts, contact the PPPD at 954-431-2200. 🐄 pic.twitter.com/S4QrBYYeIa