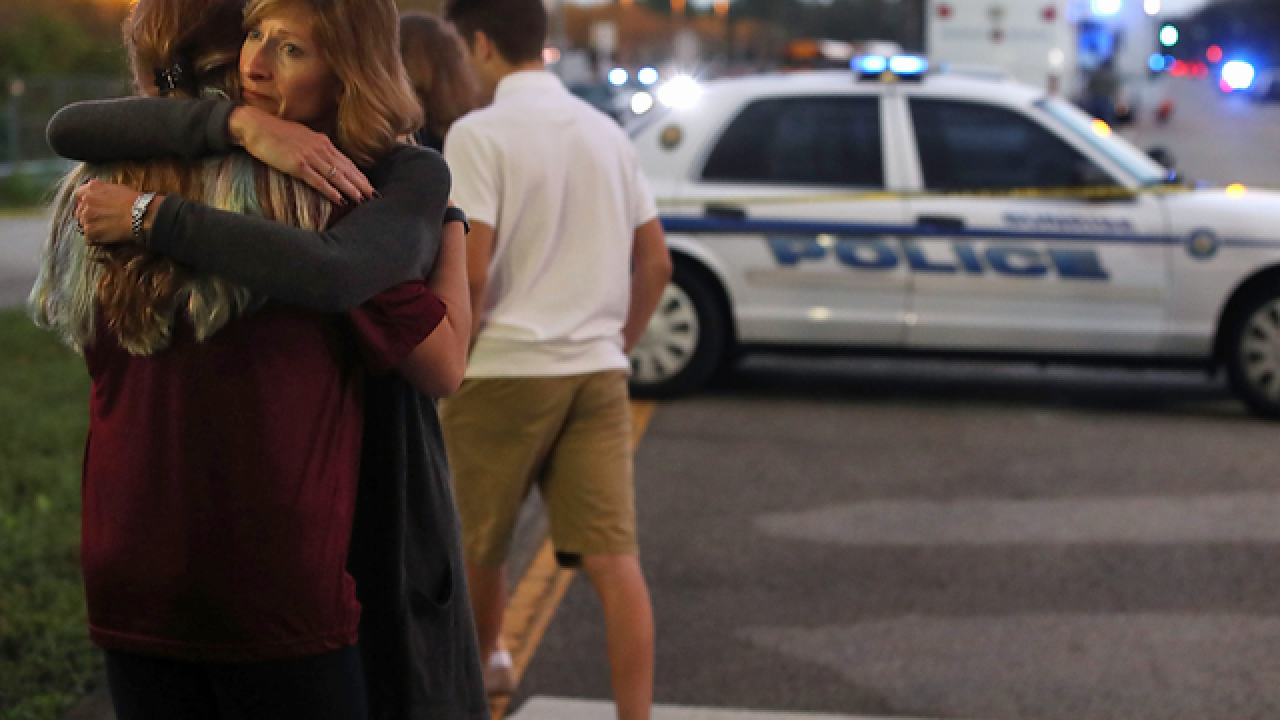 Image copyright 2018 Getty Images. All rights reserved. This material may not be published, broadcast, rewritten, or redistributed.
&lt;p&gt;Kristi Gilroy hugs a young woman at a police check point near the Marjory Stoneman Douglas High School where 17 people yesterday were killed by a gunman on February 15, 2018 in Parkland, Florida. Police arrested the suspect after a short manhunt, and have identified him as 19-year-old former student Nikolas Cruz. (Photo by Mark Wilson/Getty Images)&lt;/p&gt;

FORT LAUDERDALE, Fla. (AP) — A Florida court has agreed to delay release of exterior surveillance video from the Marjory Stoneman Douglas High School shooting and give the local school board time to appeal.

The video showing law enforcement response to the Feb. 14 shooting that killed 17 people was scheduled for release Friday. But the 4th District Court of Appeal granted a 10-day delay sought by the Broward County school board so the decision can be reviewed by the Florida Supreme Court.

The appeals court previously ordered disclosure of the video as sought by media organizations including The Associated Press. The school board contends releasing the video might reveal security blind spots at the school. Prosecutors had also opposed release.

Nineteen-year-old Nikolas Cruz faces the death penalty if convicted of the mass shooting.