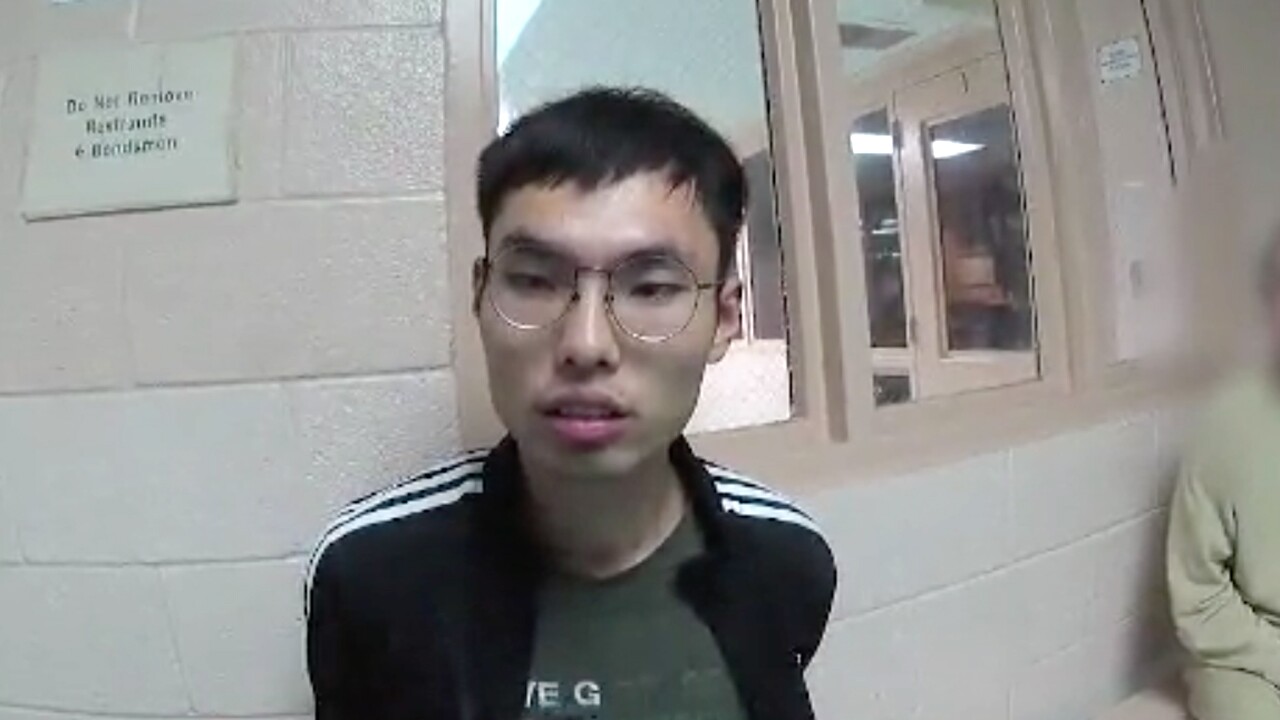 (CNN) -- Military authorities in Florida arrested a Chinese national for allegedly entering a restricted area at a naval base in Key West to take photos, according to court documents filed in the US District Court for the Southern District of Florida.

Naval officials arrested Liao Lyuyou on Dec. 26 for entering a "restricted area" within Naval Air Station Key West and taking photos of an annex at the base and other "government buildings within the vicinity of sensitive military facilities," the court documents said.

Liao had circumvented a security fence with "numerous warnings posted" on it, the documents said, and continued to walk in the restricted area and take photos after "witnesses verbally warned him." He later told officials that he reads and understands English better than he can speak it.

According to the documents, Liao stated he was trying to take photos of the sunrise after US military police approached him. He gave them permission to look at his camera where they saw images of the Truman Annex at the facility as well as photos of other government buildings in the area.

A Naval Criminal Investigative Service special agent arrived on the scene and after Liao provided that agent with the passcode to his phone, the agent found photos of Truman Annex on the phone camera as well.

Liao was charged with entering a military property "for the purpose of photographing defense installations."

US officials, analysts and experts have previously told CNN that Beijing is working to undermine American industries, steal American secrets and eventually diminish American influence in the world so that the Chinese government can advance its own agenda.

The Chinese government has repeatedly said it is acting in good faith in its interactions with the US. "I do not know where this strong sense of insecurity comes from," Foreign Ministry spokesman Geng Shuang said earlier this year.

The incident comes after two Chinese Embassy officials were "secretly expelled" by the US this year after they entered a "sensitive" military base near Norfolk, Virginia, according to The New York Times.

The Times said half a dozen people with knowledge of the expulsions said US officials believe "at least one of the Chinese officials, who were with their wives, was an intelligence officer operating under diplomatic cover."

In February, a 20-year-old Chinese student was sentenced to a year in federal prison after he pleaded guilty to illegally taking pictures at the Joint Interagency Task Force South military property, also located on Naval Air Station Key West.

Additionally, a Chinese woman was arrested earlier this month and charged with trespassing on President Donald Trump's Mar-a-Lago property, according to Palm Beach Police -- the second time this year that a Chinese national has been arrested for intruding on the president's Palm Beach property.

Liao, who is being represented by the public defender's office, made an initial court appearance the day after his arrest. He has a detention hearing scheduled for Jan. 6 and is scheduled to be arraigned on Jan. 13.