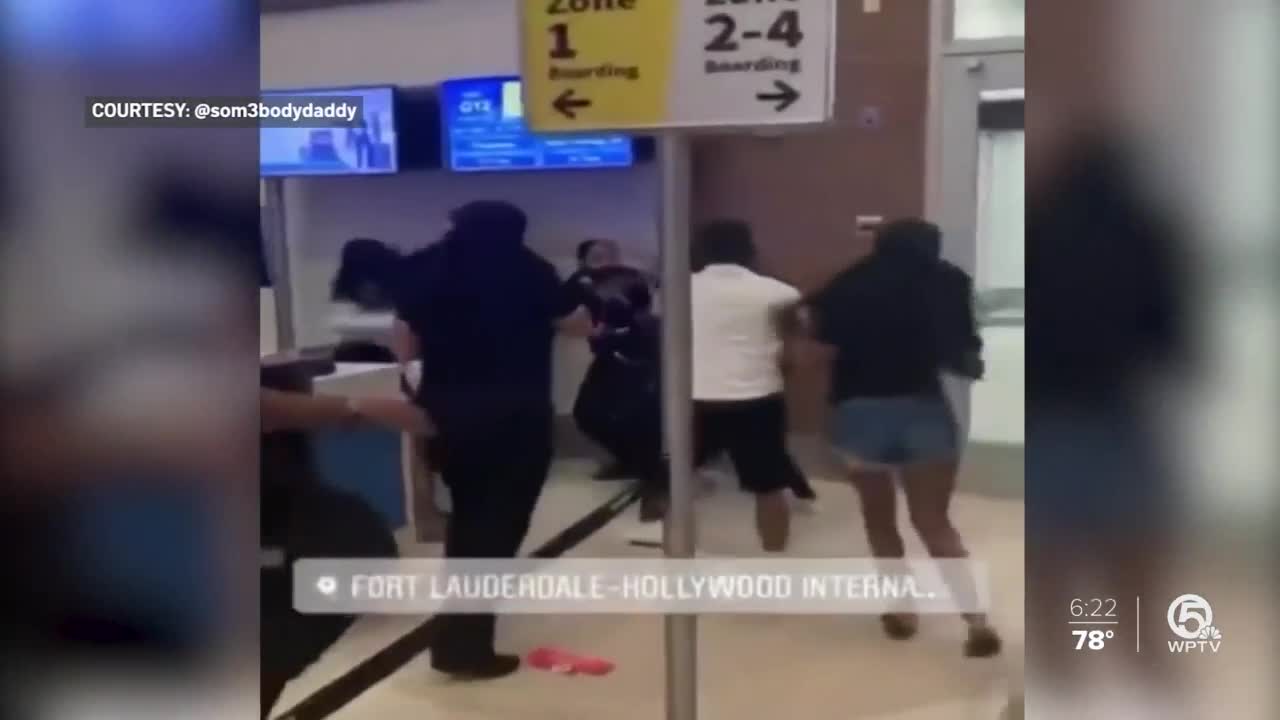 Officials say several Spirit Airlines were attacked by women who were apparently upset that their flight was delayed.

FORT LAUDERDALE, Fla. — Sheriff's officials say several Spirit Airlines employees were injured when they were attacked by three women who were apparently upset that their flight from Fort Lauderdale to Philadelphia was delayed.

The incident happened Tuesday night at Fort Lauderdale-Hollywood International Airport. Deputies say the women threw various items including shoes, bottles of water and metal boarding signs at the employees before going around the counter and attacking at least one person.

Danaysha Cuthberth, 22; Kiera Fergusson, 21 and Tymaya Wright, 20 were charged with battery. Wright was also arrested on a theft charge after police accused her of taking a cellphone and placing it in her backpack.

They later posted bond. Arrest reports say the women are from Philadelphia.