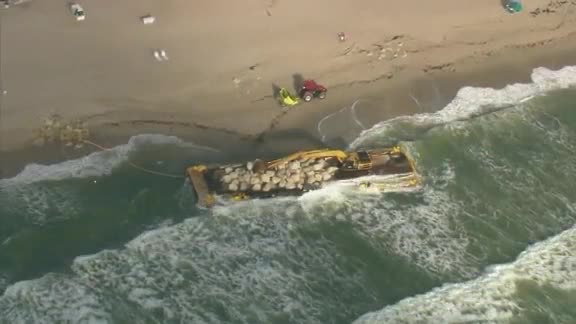 A barge and tugboat became grounded off Deerfield Beach. 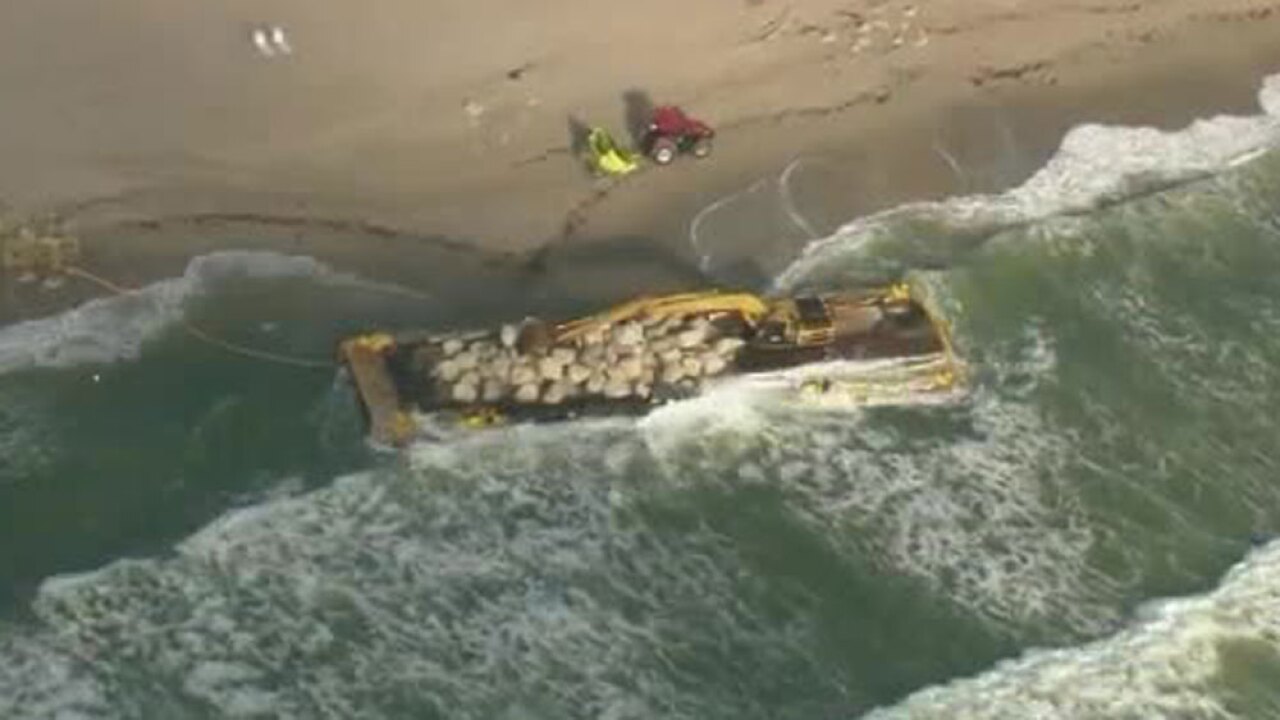 DEERFIELD BEACH, Fla. (AP) — A barge being used to create an artificial reef to mark a South Florida city from the air got stuck in the sand, stalling the project.

The reef will spell out "DFB" in limestone rock clusters, creating an eye-catching underwater image visible to people flying in to South Florida. The idea is to highlight the city near Fort Lauderdale as a snorkeling destination.

The contractor planted 26 of the 400 boulders before the barge got stuck. The $200,000 project stalled on the first day. It was supposed to take six weeks to complete.

Stewart says the contractor is responsible for removing the barge off the beach.