Victim was waiting outside warehouse to apply for job, officials say 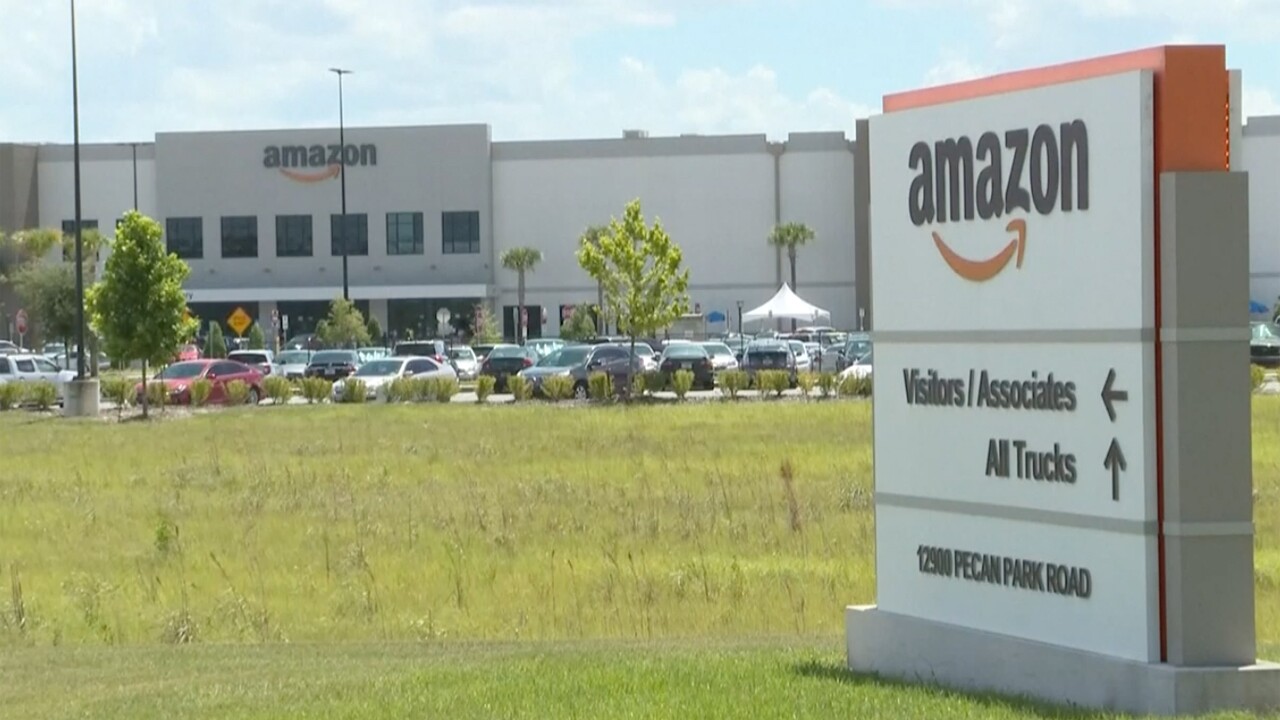 WTLV via NBC News Channel
Authorities in Florida say a targeted shooting outside an Amazon facility left one person killed and two others slightly wounded.

JACKSONVILLE, Fla. — Authorities in Florida say a targeted shooting outside an Amazon facility left one person killed and two others slightly wounded.

Jacksonville investigators say the 20-year-old man who was fatally shot Monday afternoon was waiting in line outside the Amazon warehouse to apply for a job.

Officials say two men got out of a silver car, ran up to the victim and started firing handguns before driving away. Two bystanders were grazed by bullets but did not require hospitalization.

Authorities say the shooting on the city’s north side does not appear to have been a case of workplace violence.