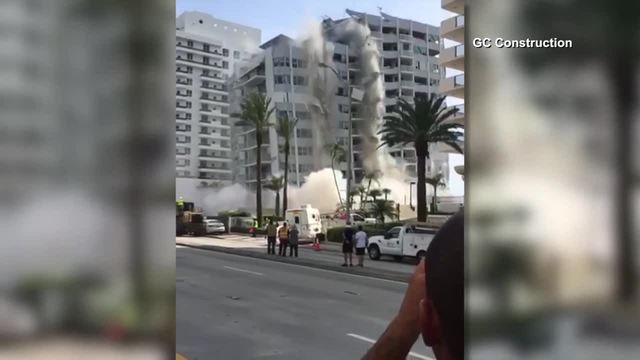 &lt;p&gt;The collapse of a Miami Beach building was caught on camera. Courtesy of GC Construction&lt;/p&gt; 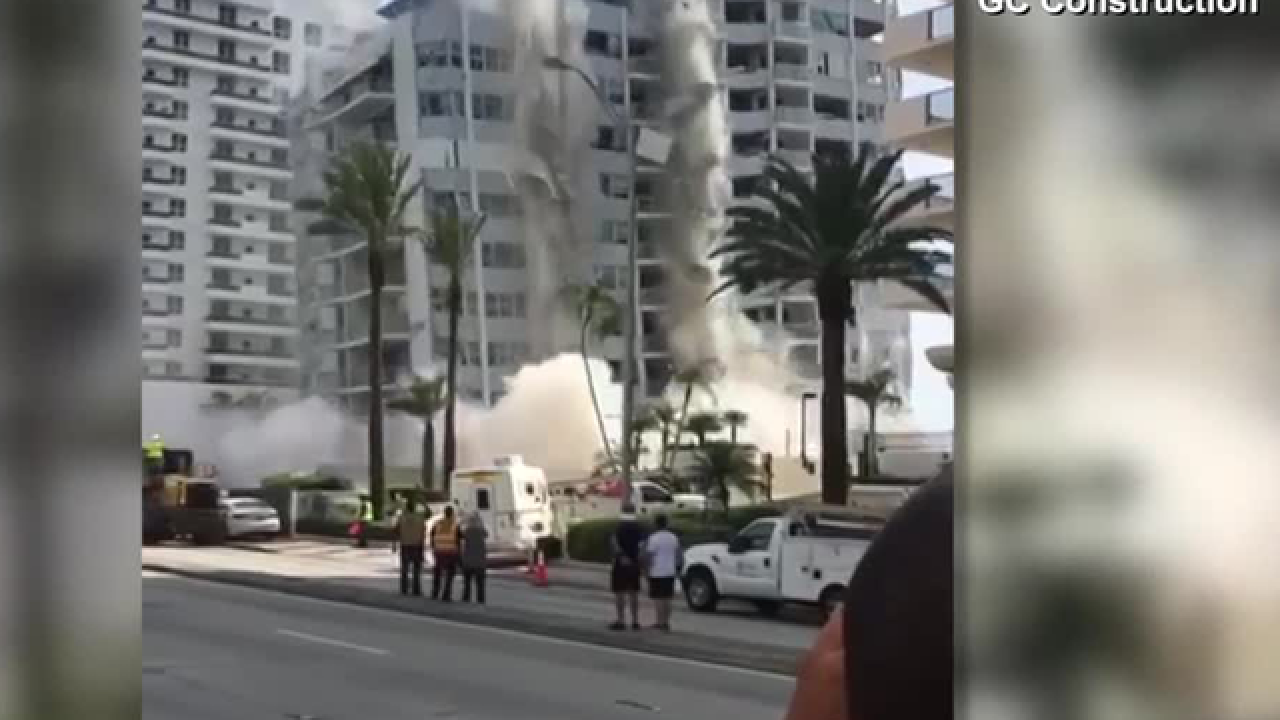 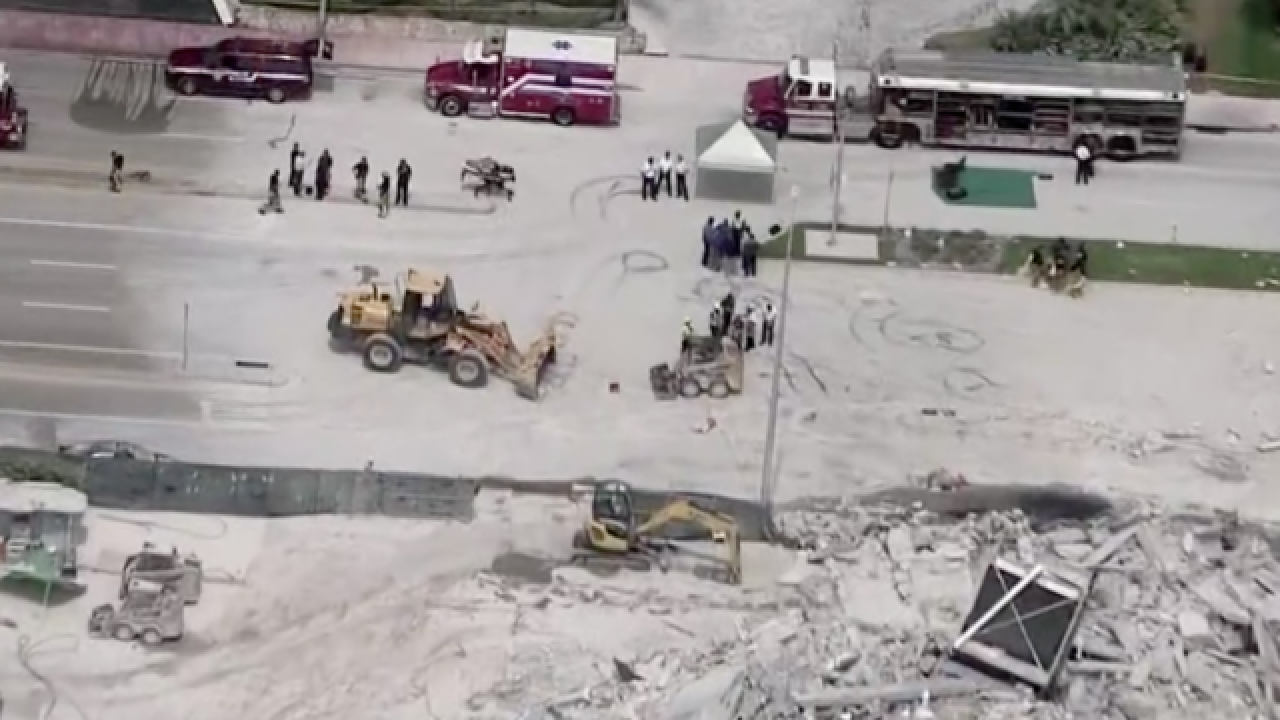 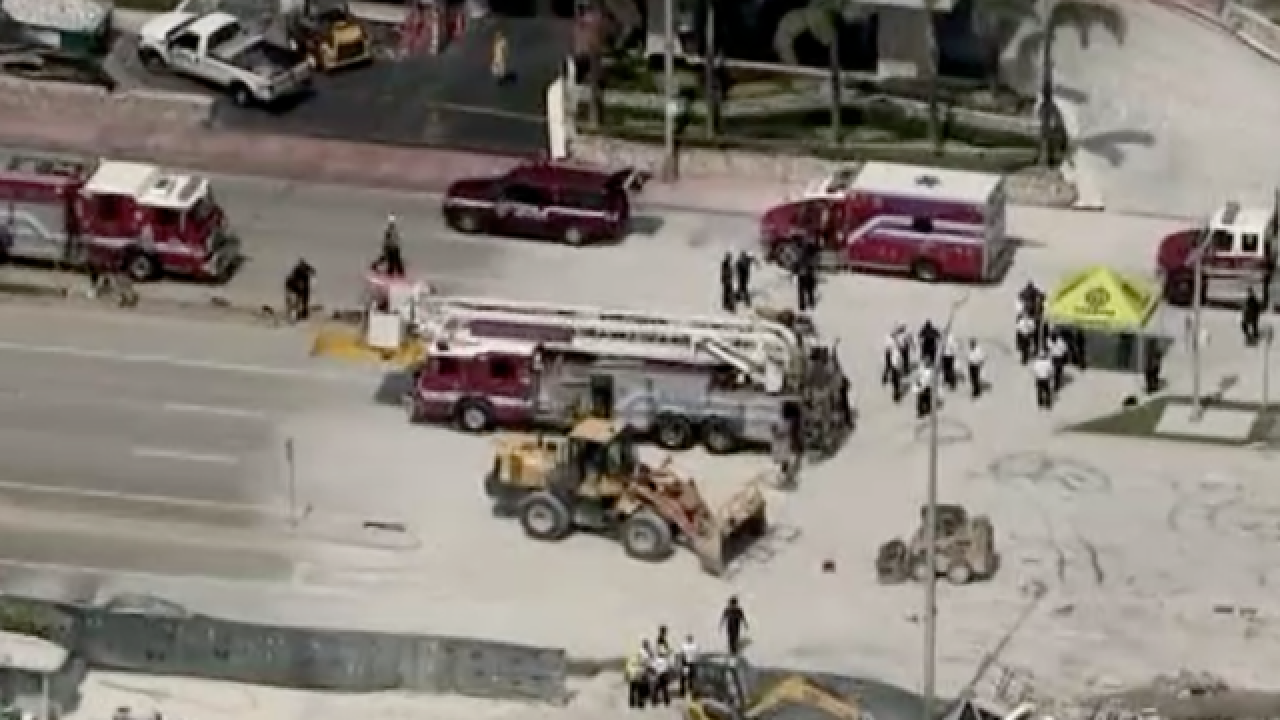 MIAMI BEACH, Fla. (AP) — Police say a 12-story building on Miami Beach that was slated to be torn down has collapsed, injuring one person.

Police said in a tweet that the building had "a demolition permit, not an implosion permit." The 12-story Marlborough House was to be torn down for construction of a new oceanfront condominium.

Traffic was closed in the area.

Update: Building collapse occurred at 5775 Collins Avenue. This building had a permit for building demolition. No additional victims as of yet. Victim transported to JMH. http://t.co/f8XT45yc54

Update: Building had demolition permit, not implosion permit. As of now 1 injury who has been transported to JMH. pic.twitter.com/u3oTTYMY83

Another view of the Miami Beach building that collapsed. According to police, the building had a demolition permit but not an implosion permit. @WPTVpic.twitter.com/XpOaNLq7K1

#Traffic Update: Collins Avenue will remain closed for an extended period of time between 41 to 63 Street. pic.twitter.com/Yqg4ZdZhzc