6-year-old Florida boy asks Santa to skip him, give presents to kids who need them

A 6-year-old Clearwater boy asked Santa to skip him this year. He wrote the note to St. Nick saying other children need the presents more than him.

A 6-year-old Clearwater boy asked Santa to skip him this year. He wrote the note to St. Nicholas telling him other children need the presents more than him.

Chance wrote, "Please take all my toys to boys and girls who don't have some."

The letter went on to say, "You can skip me."

Chance says he realized not every child has presents on Christmas. He was talking to other friends at school about his holiday tradition called "Elf on the Shelf"  whe he realized not all of the children at school have an elf that goes on various adventures during the holiday season.

He told his mom he wanted to collect toys to give to those who need them.

Chance ended the letter asking Santa for a favor. He wrote, "You can skip me, but not my sister. She will cry." 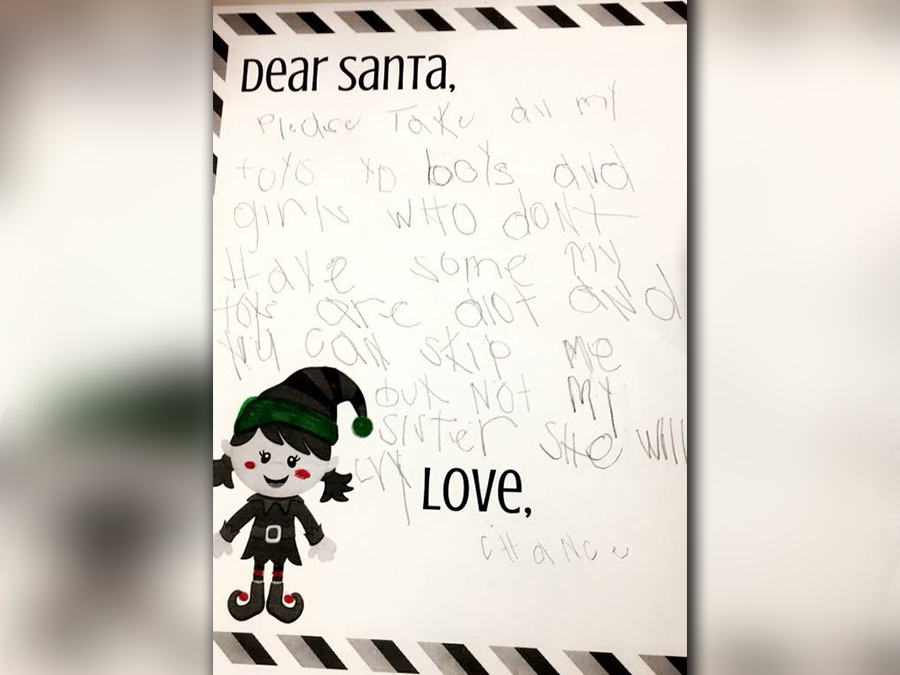