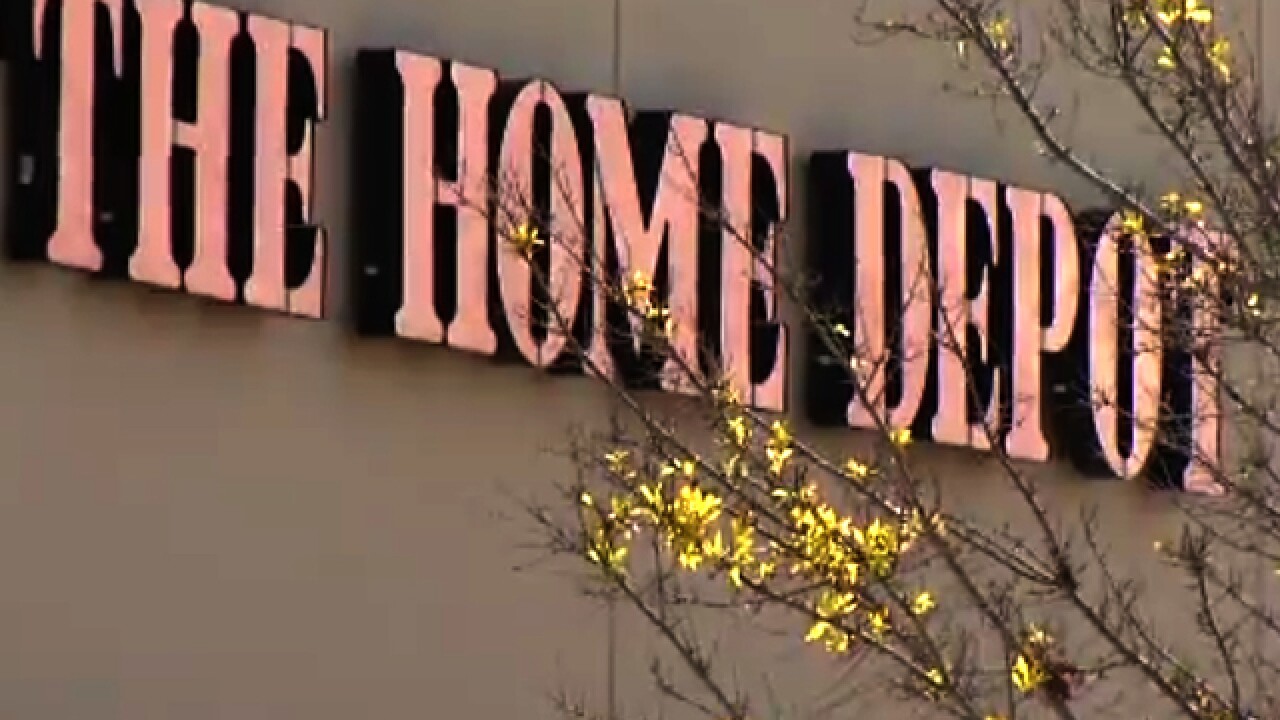 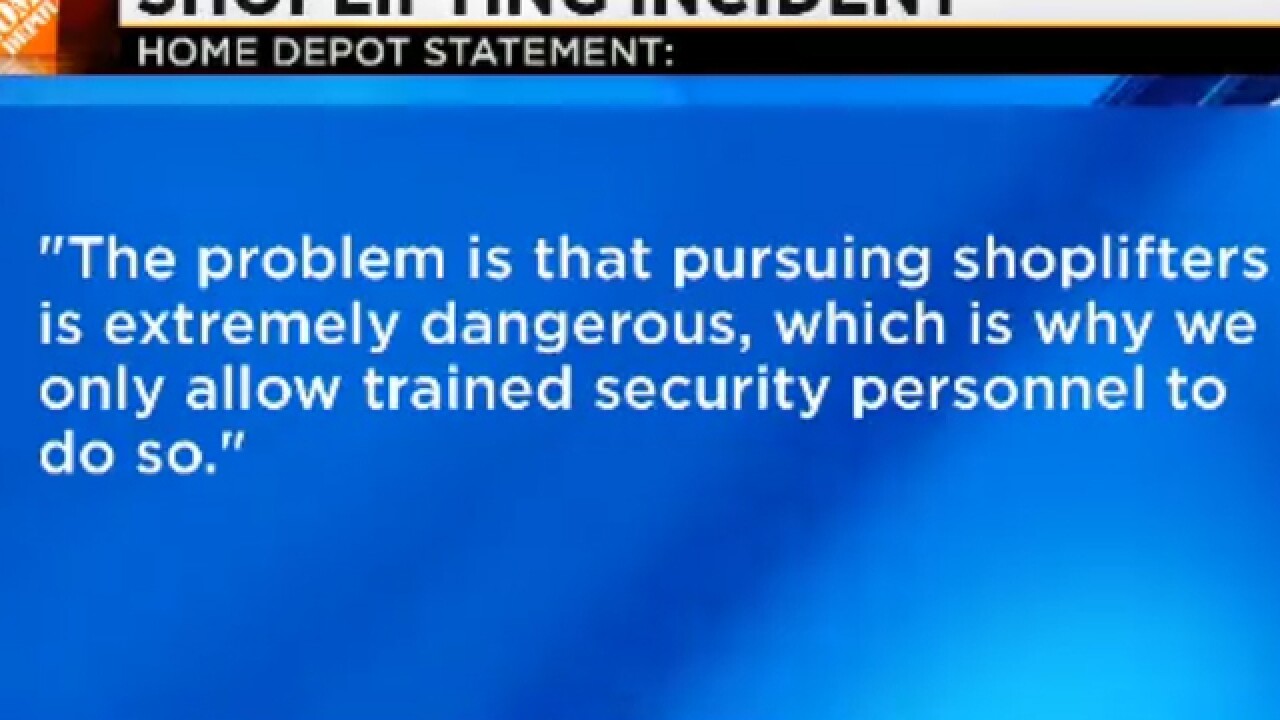 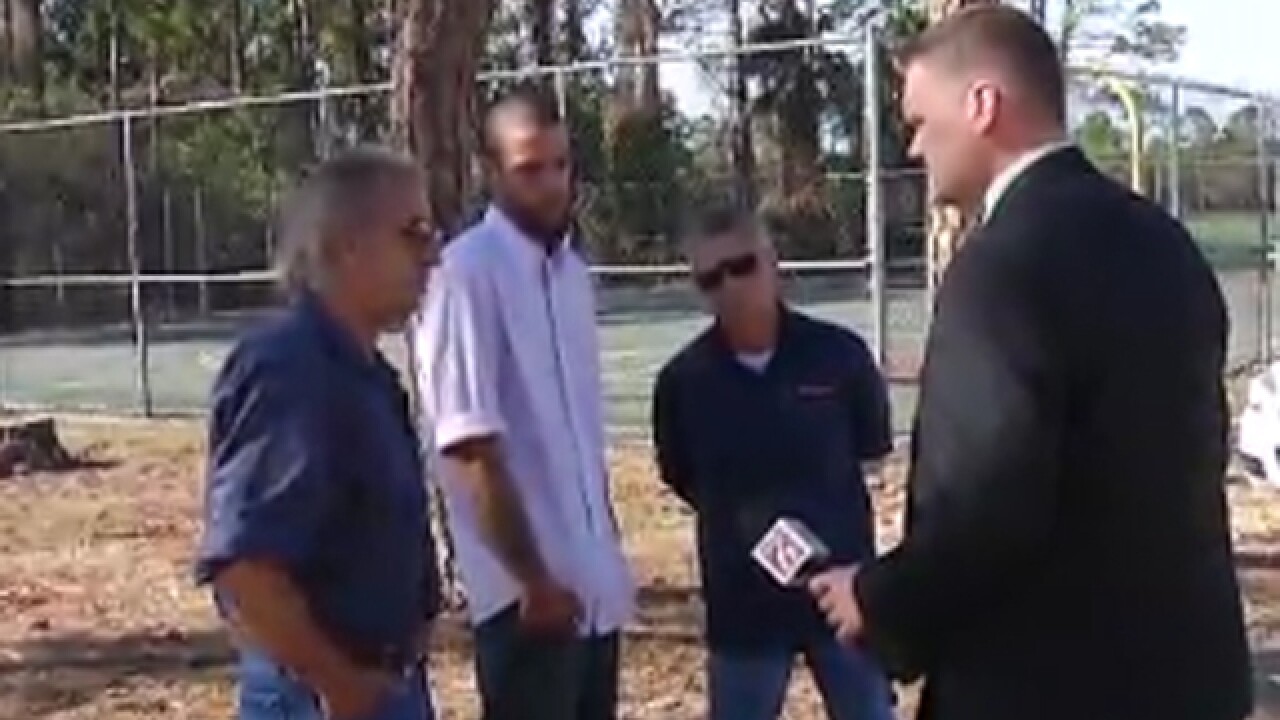 (WKMG/CNN) - Four former employees at a Home Depot in Flagler County say were fired for helping police track down a shoplifter.

Company policy prohibits employees from pursuing thieves, in part to prevent harm to customers and employees, according to a Home Depot spokesman.

“We didn't chase the guy.  We didn't beat him up.  We didn't tackle him. We weren't trying to hold him,” Joe Spector, one of the former employees said. “All we wanted to do is get a license plate.”

WKMG reported that on Nov. 19, a customer attempted to leave from the Palm Coast store’s garden center with $994 worth of power tools in his shopping cart, according to a police report.

According to a witness, cashier Jazmin Kelley placed her hand on the cart and asked to see the man’s receipt. The man then picked up the merchandise and struck the cashier with the cart, according to an incident report.

“He kind of rammed the cart into her a couple times,” Spector said.

“I heard Jazmin yell for help,” said George Ippocito, who said he was standing outside when the thief exited the store.

“All I wanted to do was go to the aid of my fellow employees and help,” Ippocito told WKMG-TV. “One of our core values we wear right on our (uniform) is, ‘Taking care of each other.' Is it just words?”

Ippocito and the fourth terminated employee, Jeff Miller, acknowledge they ran after the shoplifter.  However, they claim they hurried to the parking lot only so they could identify his vehicle.

“We just wanted to get a license plate so we could forward it on to management and they could forward it to the loss prevention officer,” said Miller. “There have been times where we've had shoplifters at our store and management would ask me, ‘Did anybody get a plate number?’  In the past that's never been a problem.”

“Even if you pursue a shoplifter to get their tag number, they often then speed away, putting everyone in the lot at risk,” Stephen Holmes, Home Depot’s corporate communications director, said. “The problem is that pursuing shoplifters is extremely dangerous, which is why we only allow trained security personnel to do so.”

Employees claim the shoplifter dropped the stolen merchandise as he attempted to open the passenger door of his car. Ippocito kicked those boxes toward the back of the car, trying to keep them out of the thief’s reach, he said.

The shoplifter then reached underneath the car’s front seat, according to the employees, prompting Ippocito to worry he might have a weapon.

The shoplifter then ran off, leaving the car in the parking lot, witnesses said.

Flagler County deputies later located Brandon Charles Mullins, 22, outside a nearby fast food restaurant.
According to investigators, Mullins had an active warrant out of Volusia County for a prior shoplifting incident.

Although Mullins denied having a weapon, he admitted to attempting to steal tools from Home Depot, according to the arrest report.

“(Deputies) thanked us for what we did,” Spector said. “We helped get somebody off the street who has been doing this for a while and causing headaches for everybody.”

Home Depot officials reportedly felt differently about the incident and fired Spector, Miller, Ippocito and Kelley. The company did not explain the specific reasons for the employees’ terminations.

“We don’t make the decision to terminate anyone lightly,” said Holmes, the Home Depot spokesman.  “We thoroughly investigate and carefully consider the circumstances in each case.”

“Over the years we’ve had serious injury and even fatalities in our stores, and no amount of merchandise is worth risking the safety of customers or our associates,” he said.

Earlier this month, a suspected shoplifter was arrested for stabbing and injuring a Home Depot loss prevention officer at a store in North Carolina.

Less than two weeks later, at another Home Depot store in North Carolina, a customer was accused of punching a cashier in the head during an argument over a receipt. The employee suffered brain damage, according to the company.

A customer who witnessed the shoplifting incident at the Palm Coast Home Depot said that the employees were not aggressive and did not appear to be putting others at risk.