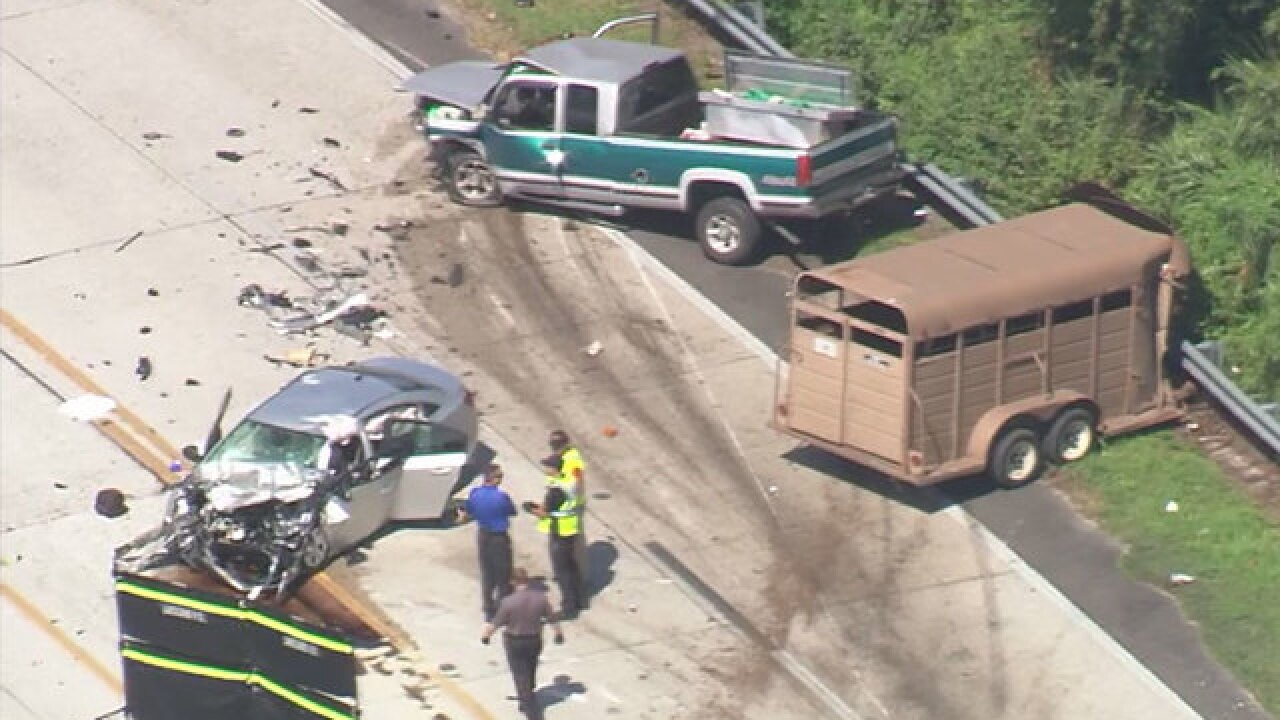 Copyright 2018 Scripps Media, Inc. All rights reserved. This material may not be published, broadcast, rewritten, or redistributed.
&lt;p&gt;Police are investigating a crash that killed four people in Lakeland Tuesday afternoon.&lt;/p&gt;

Lakeland police tell news outlets that a car crossed into an oncoming lane and crashed into a truck towing a horse trailer around noon Tuesday.

The four people in the car were killed and authorities say the driver of the truck was taken to a hospital as a precaution.

Authorities are asking motorists to avoid the area for several hours as police investigate the crash and clean up the road.

No further updates were immediately available.