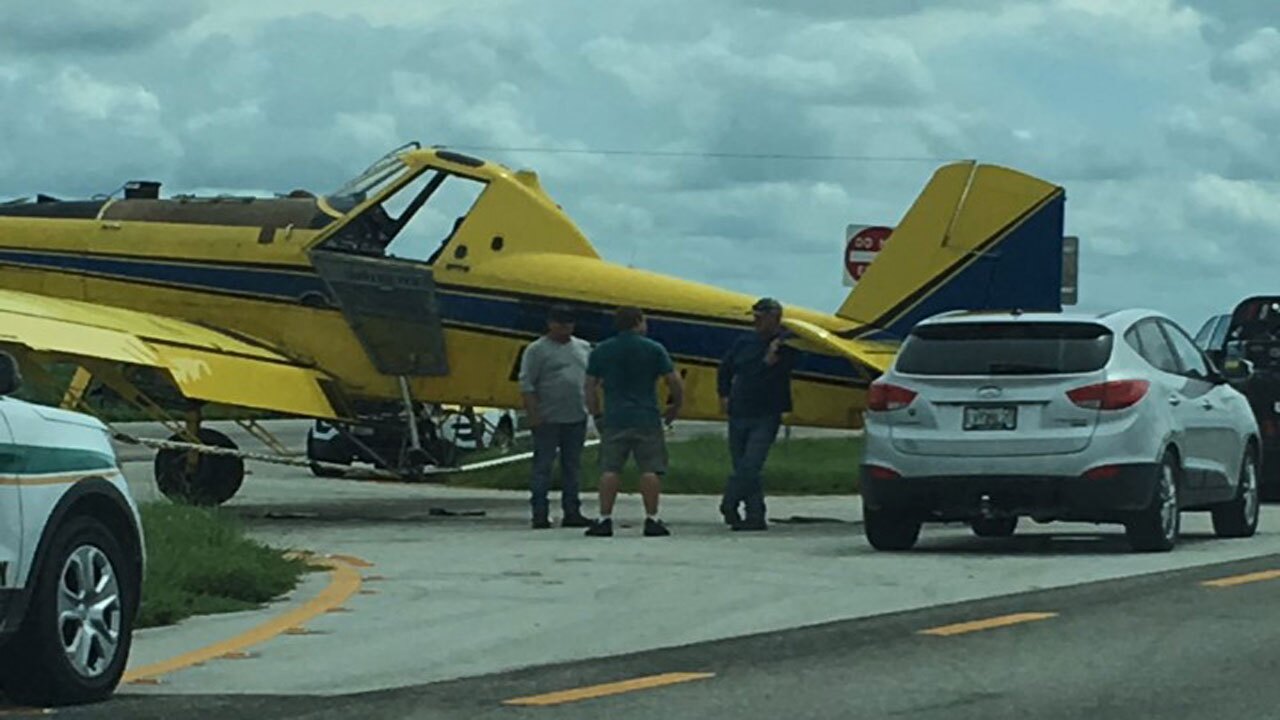 Stephanie Murray-Brawner
A small agricultural plane made an emergency landing on U.S. Highway 98 in Belle Glade.

She said the pilot was the only person on board.

According to the Palm Beach County Sheriff's Office, the pilot wasn't injured.

The FAA is investigating the incident.