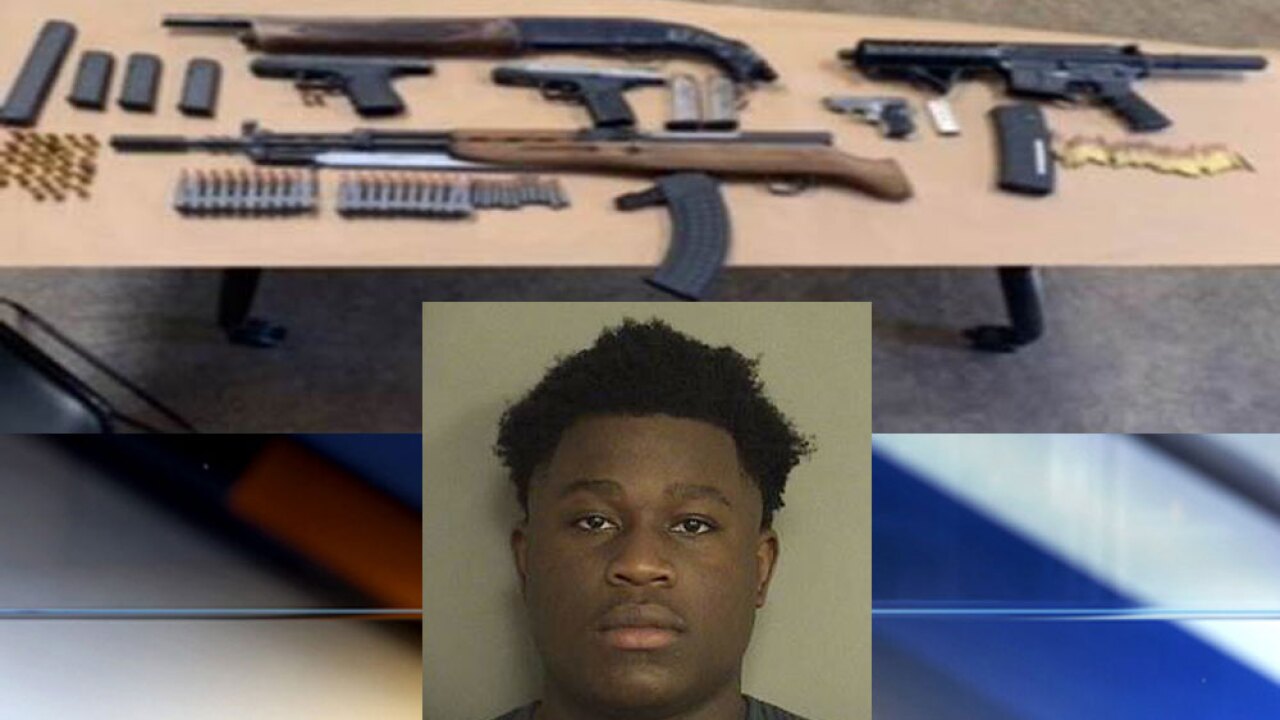 Deputies investigating a shooting in Belle Glade found several weapons at the home of their suspect, according to the Palm Beach County Sheriff's Office.

The shooting call happened after 8 p.m. Friday in the 1300 block of SW MLK Blvd.

Deputies ended up arresting Johndy Delva of Belle Glade for shooting at his girlfriend, PBSO said.

Investigators said they got a search warrant and found a pistol, three handguns, a rifle and shotgun in his residence.

He's facing charges of aggravated assault with a deadly weapon, and shooting into an occupied vehicle.

No one was injured in the incident.

We #Arrested this man for shooting at his girlfriend and thankfully missing. After drafting and obtaining a search warrant for his residence, we found the 20-year old from #BelleGlade had multiple firearms. All were recovered. pic.twitter.com/xnxARfnKc7