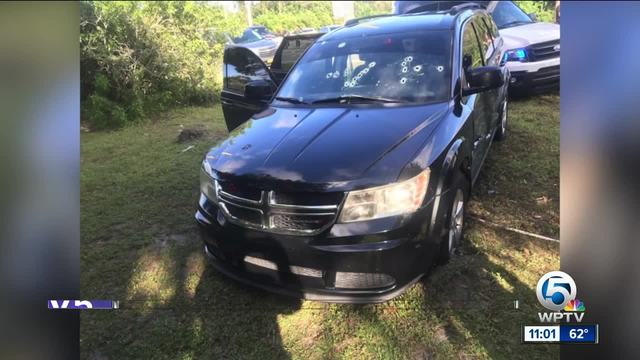 The St. Lucie County Sheriff’s Office says a traffic stop in Fort Pierce turned into a high-speed chase after passengers in the car opened fire on the deputy. 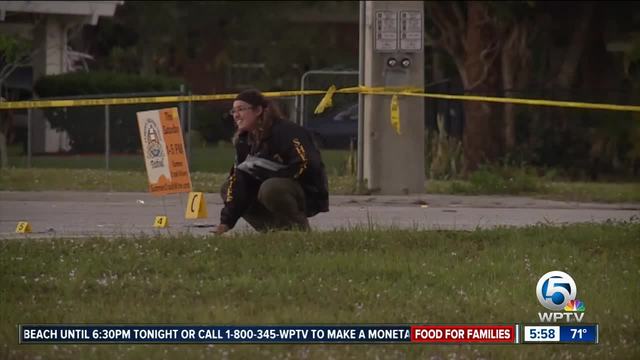 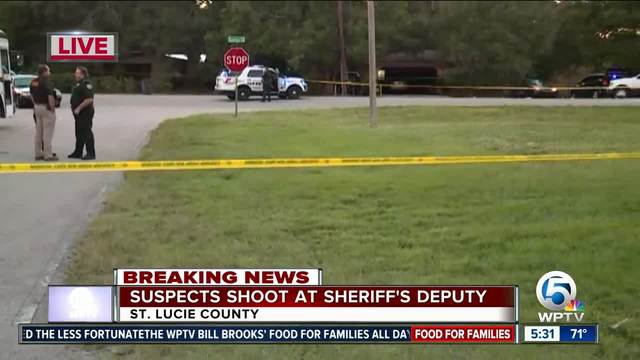 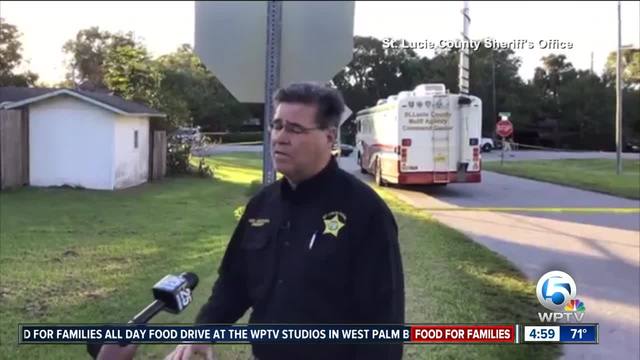 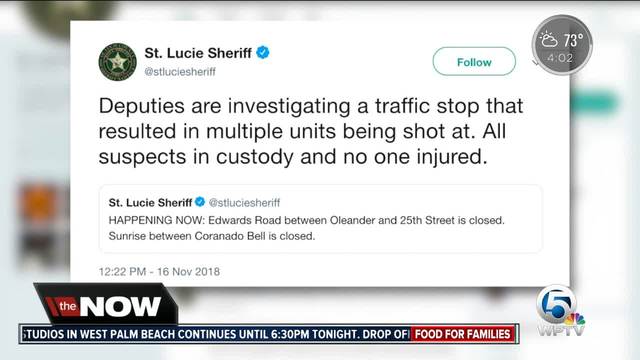 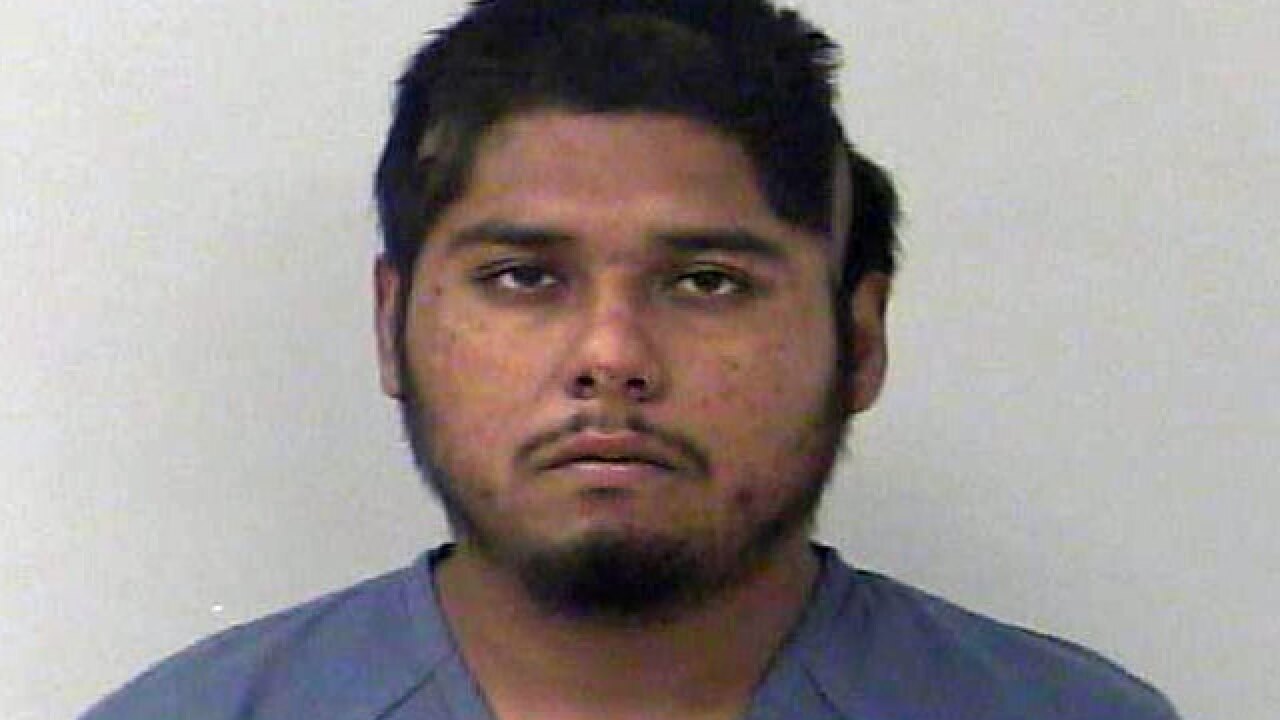 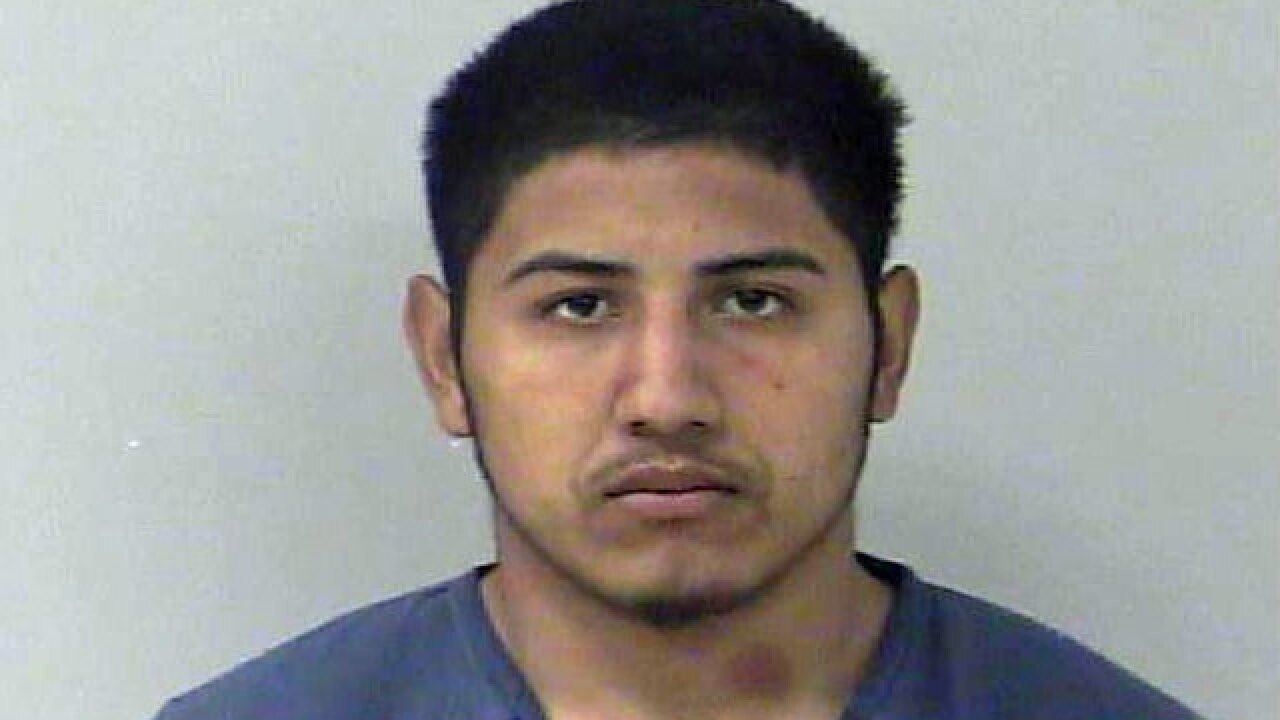 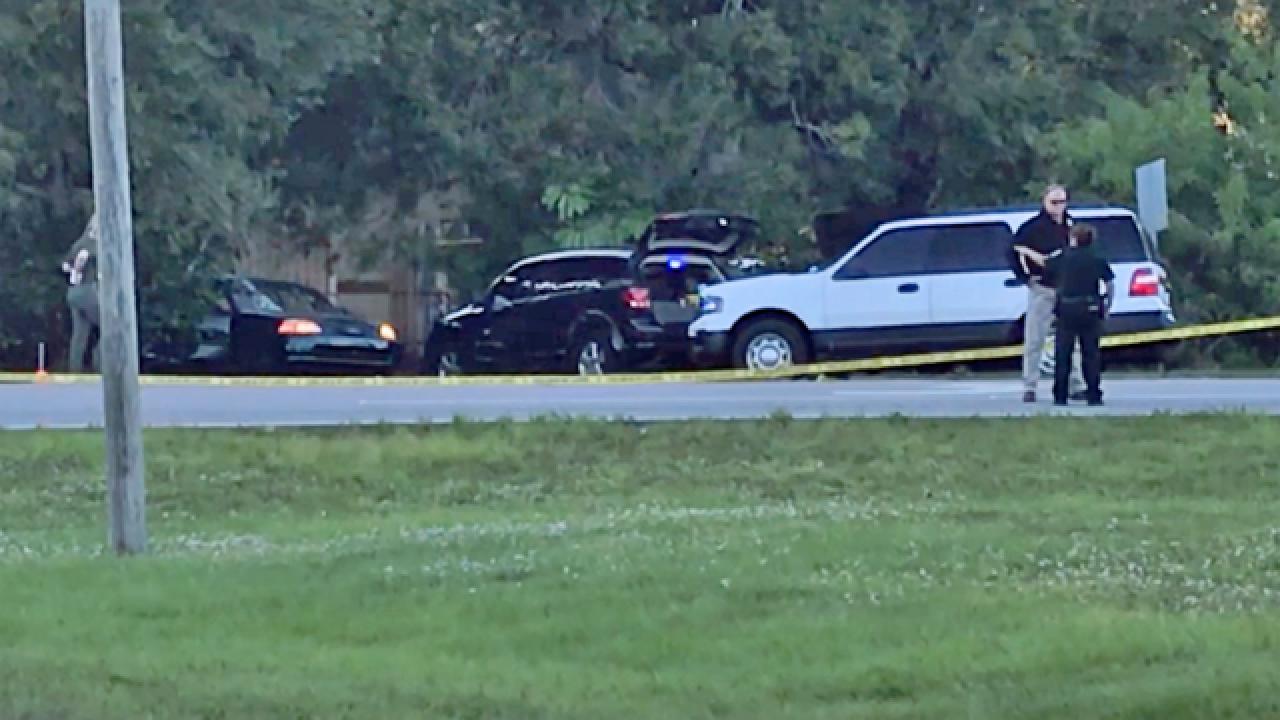 The St. Lucie County Sheriff’s Office says a traffic stop in Fort Pierce turned into a high-speed chase after passengers in the car opened fire on the deputy.

“What started as a routine traffic stop for one of our deputies turned into what I describe as one of the most dangerous chases I’ve ever seen,” said Sheriff Ken Mascara.

Around 2:40 Friday afternoon, Mascara said one of his deputies tried to pull over a car for a routine traffic stop.

That deputy said the car slowed down, but would not stop.

“He actually said on the radio I think they’re going to bail from the vehicle and run,” Mascara said.

Shortly after that, the passengers opened fire, hitting the deputy’s vehicle with dozens of bullets.

“The van is shot up through the windshield, through the front, through the engine. It’s by the grace of God that deputy was not killed,” Mascara said.

The deputy’s car was disabled by the gunfire. Mascara said other deputies in the area chased the suspects for a couple miles, all while the suspects continued to shoot. Mascara said four patrol cars were hit with bullets, including his own.

“I was probably the 3rd or 4th vehicle in the chase,” Mascara said. “A bullet hit my car, I was also involved in an accident.”

The chase came to an end when an undercover deputy rammed the suspects' car off the road.

“I can tell you it was only by the grace of God no one was killed in this chase,” Mascara stressed.

Jose Nava, 19, and Eduardo Ramierez, 21, both from Fort Pierce, were arrested in connection with the shooting.

Both men are being held on no bond at the St. Lucie County Jail.

The Sheriff's Office says a third individual was taken into custody as a minor and booked on unrelated charges. He was taken to the Department of Juvenile Justice.

Editor's note: This story has been updated to reflect that four Sheriff's Office vehicles were shot in this incident, rather than six vehicles, the number originally stated by the Sheriff's Office.