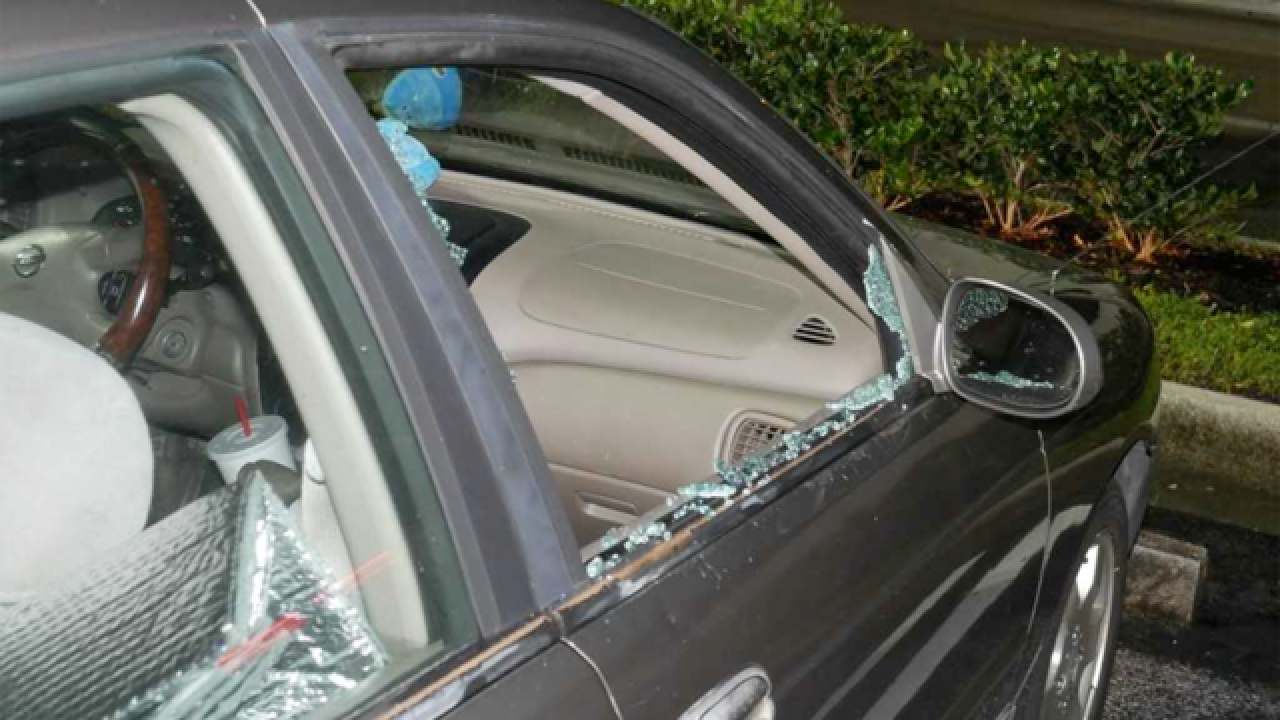 Port St. Lucie police are reminding drivers to remove anything of value in their car to minimize the chances of a break-in.

The smash and grab thieves targeted cars in public lots throughout the city.

Among the items taken were purses, headphones and a smartphone.

Locations of the burglaries:

Police think the suspects were driving a black Nissan Juke.

@PSLPolice investigating 7 smash and grab car burglaries throughout the City. #PSLPD warning citizens to remove all valuables from cars when they park at home or in public parking areas. pic.twitter.com/3N85xyLAR8