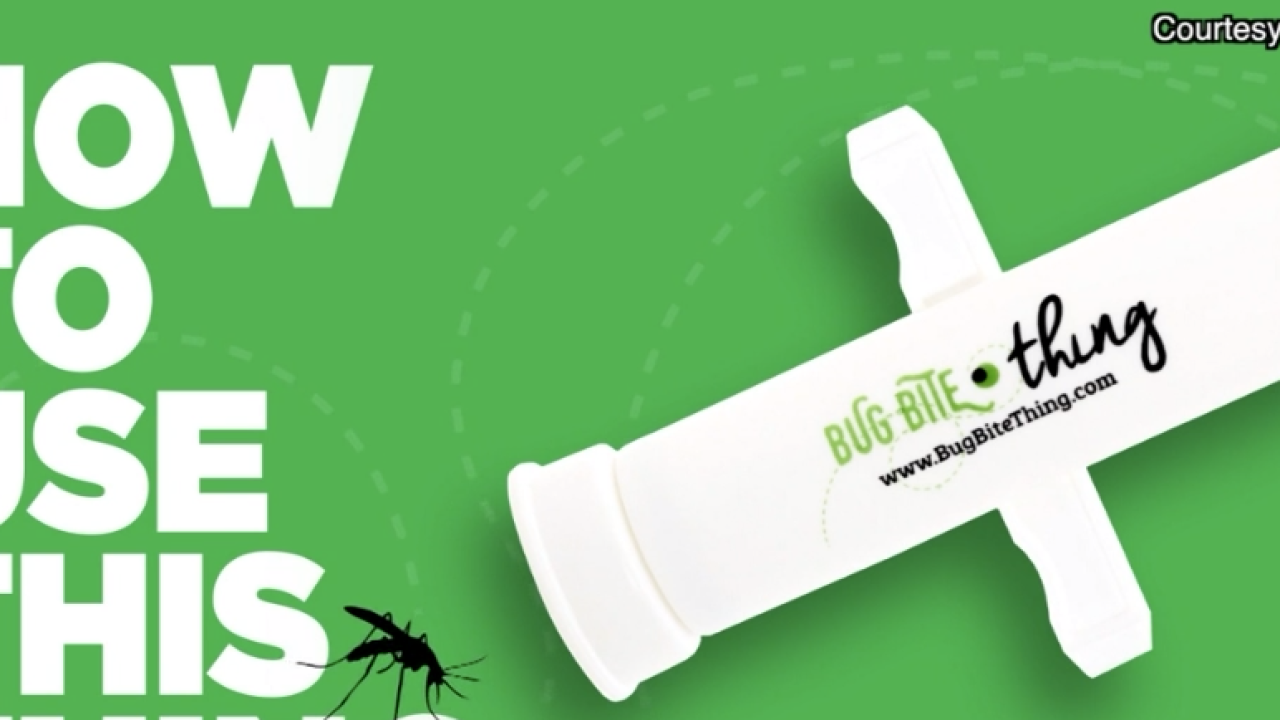 "I don't think I've come to terms with the magnitude that this could go," said Higney.

Now, she's getting a chance on the national stage to show famous investors how her product works.

"It uses suction to remove insect saliva and venom from the actual bite. So it's our bodies that produces a reaction to the irritant so when you remove it you are able to get relief," said Higney.

She started selling the suction tool to moms from her Loxahatchee home. Then earlier this year CVS Pharmacy starting selling the product.

Eventually, she had to move to a warehouse in Port St. Lucie. And since business has quadrupled since last year, Higney had to hire almost a dozen employees to handle the work load.

"This is so cool because people are giving it a chance," said Higney.

A chance to offer people relief after an insect bite.

"It's starting to get recognized and it's more exciting when the people I know will tell somebody else out of excitement," said Higney.

She's thankful for the support so far.

"I just want to thank everybody in our community because it's such a rare opportunity and I feel alone and the community has really stepped up so much to show their support and encouragement with the product," said Higney.