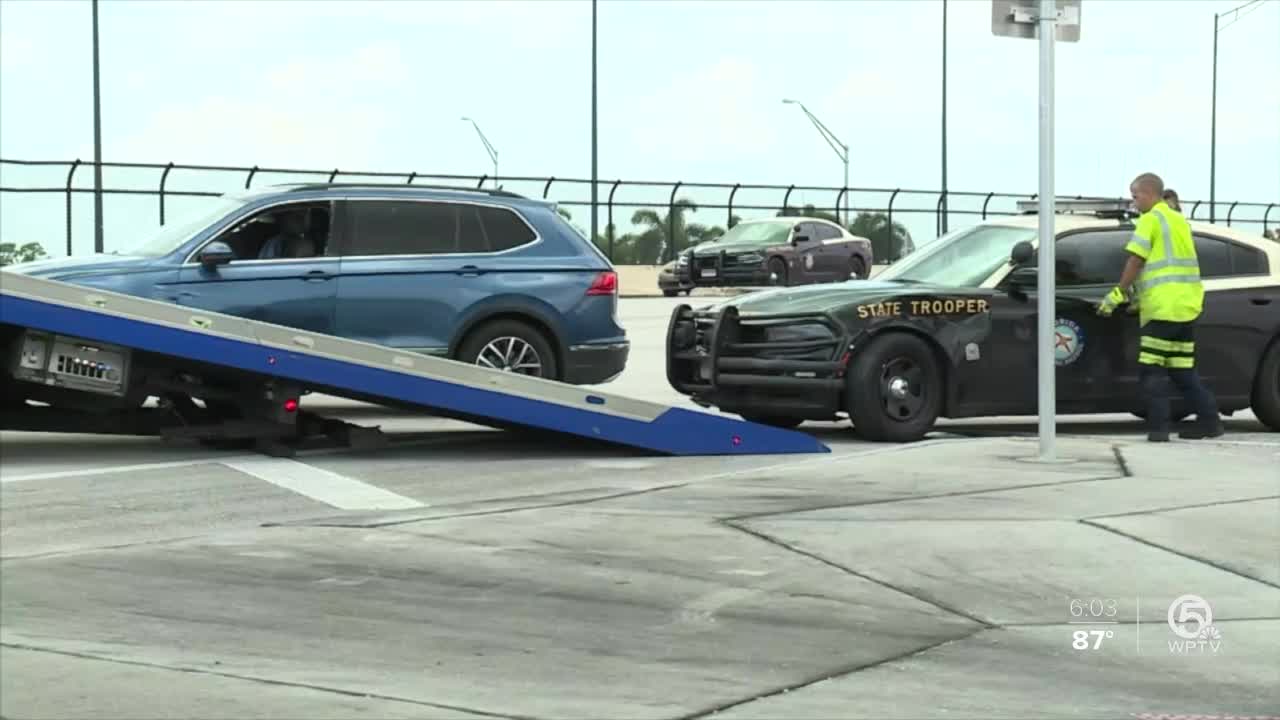 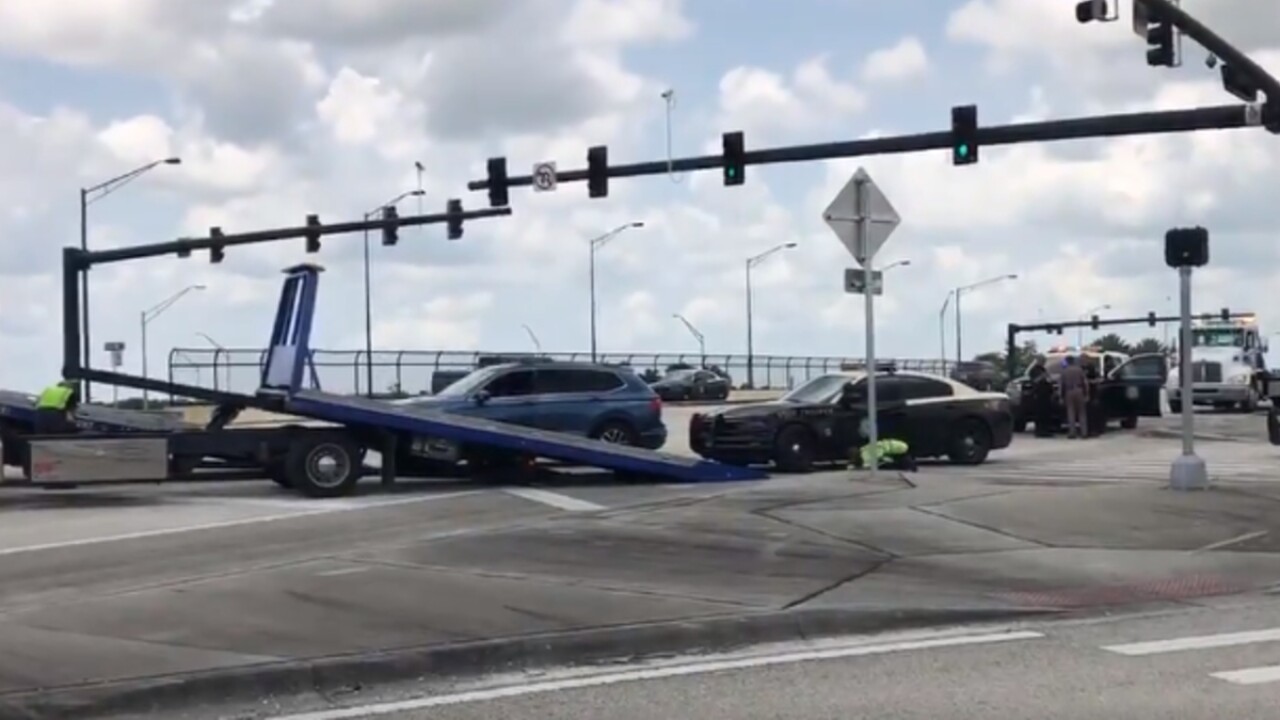 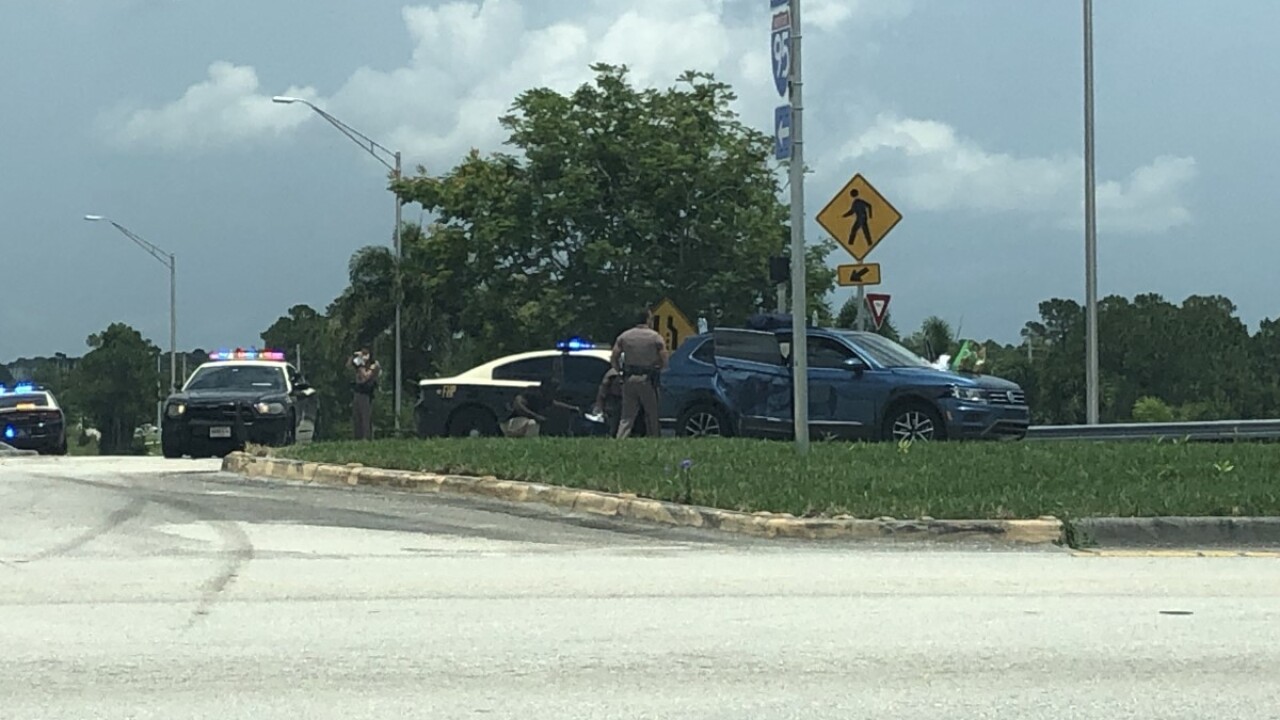 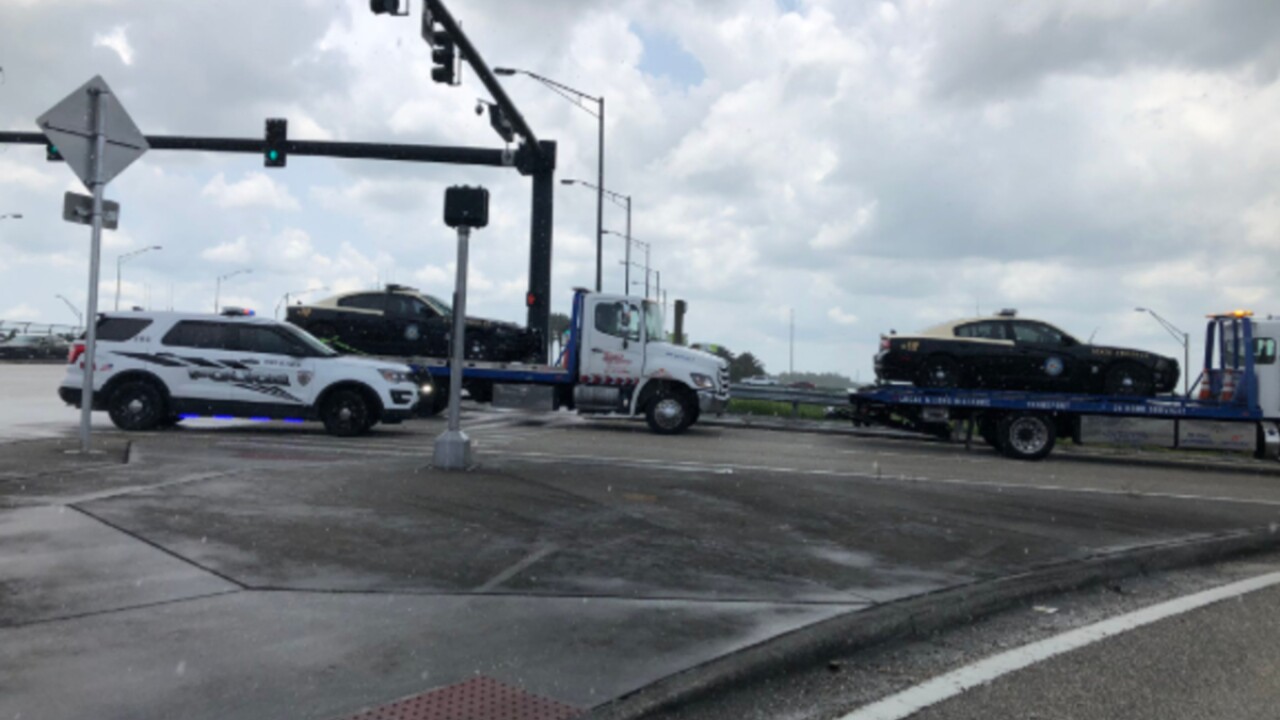 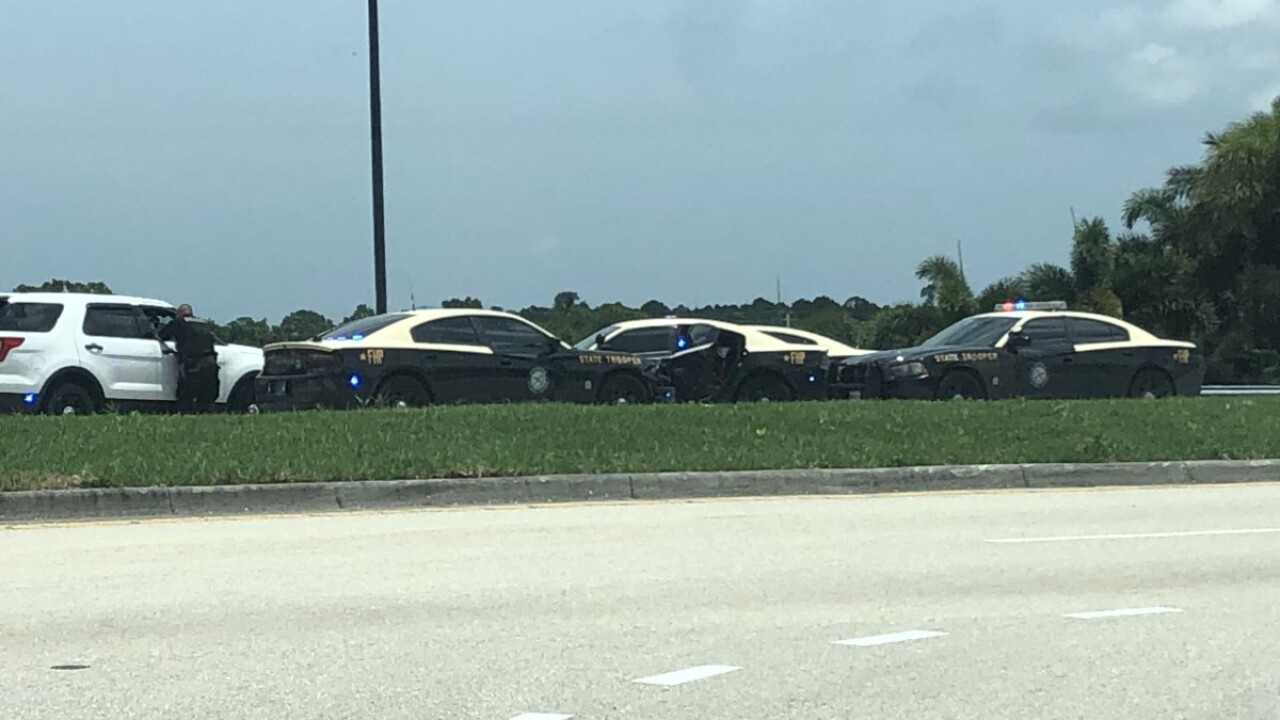 According to the Florida Highway Patrol, a pair of troopers spotted a blue Volkswagen driving in a "reckless manner" in the northbound lanes of I-95 between mile markers 89 and 103 around 11 a.m.

The FHP said the driver was speeding more than 120 mph at one point and kept changing lanes.

After chasing the driver for more than 20 miles, one of the troopers performed a PIT maneuver on the Volkswagen near mile marker 114, Becker Road in Port St. Lucie, causing the vehicle to spin out on the highway.

Troopers arrested the driver, identified as Johnson Conrad, 34, on charges of reckless driving and fleeing and eluding.

Conrad was taken to Cleveland Clinic Tradition Hospital with minor injuries. It's unclear if the troopers were hurt.

All three vehicles were eventually towed away.