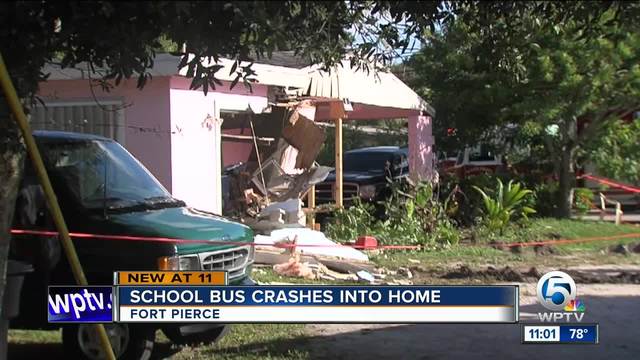 A vehicle crash sent a school bus into a house in Fort Pierce Friday afternoon. 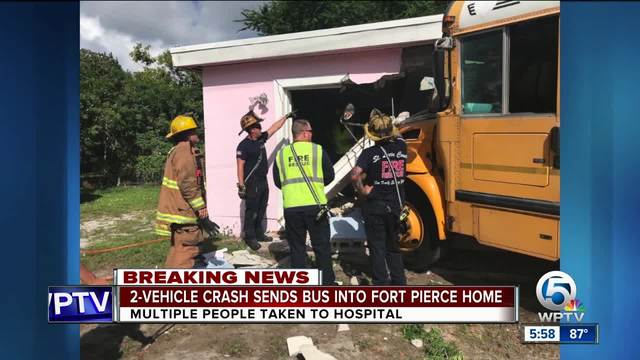 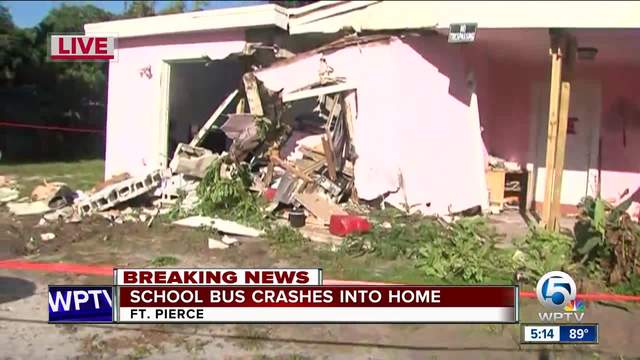 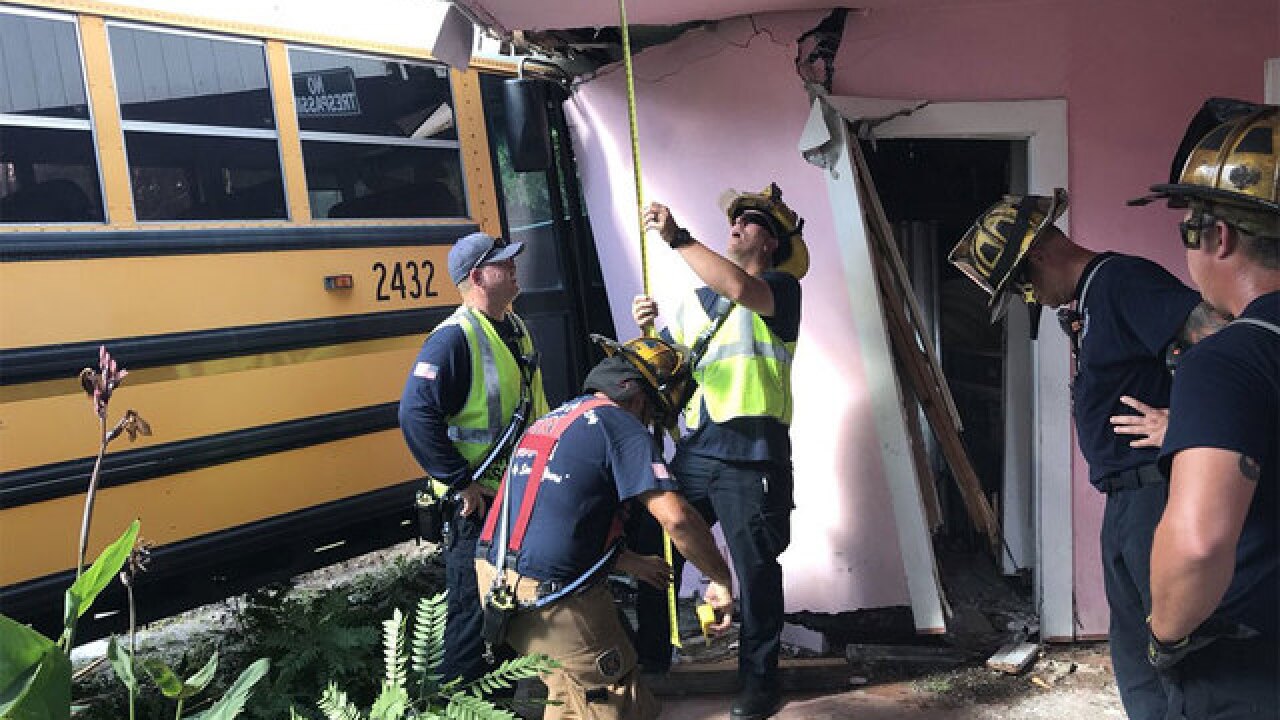 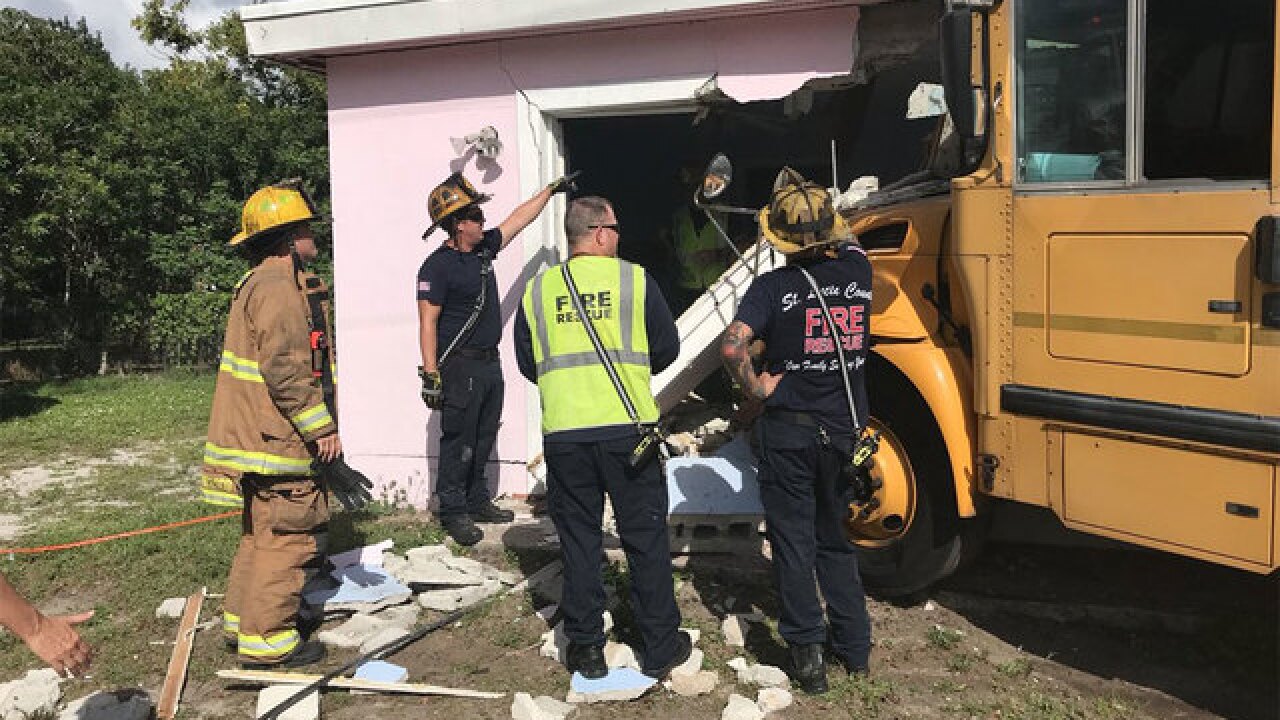 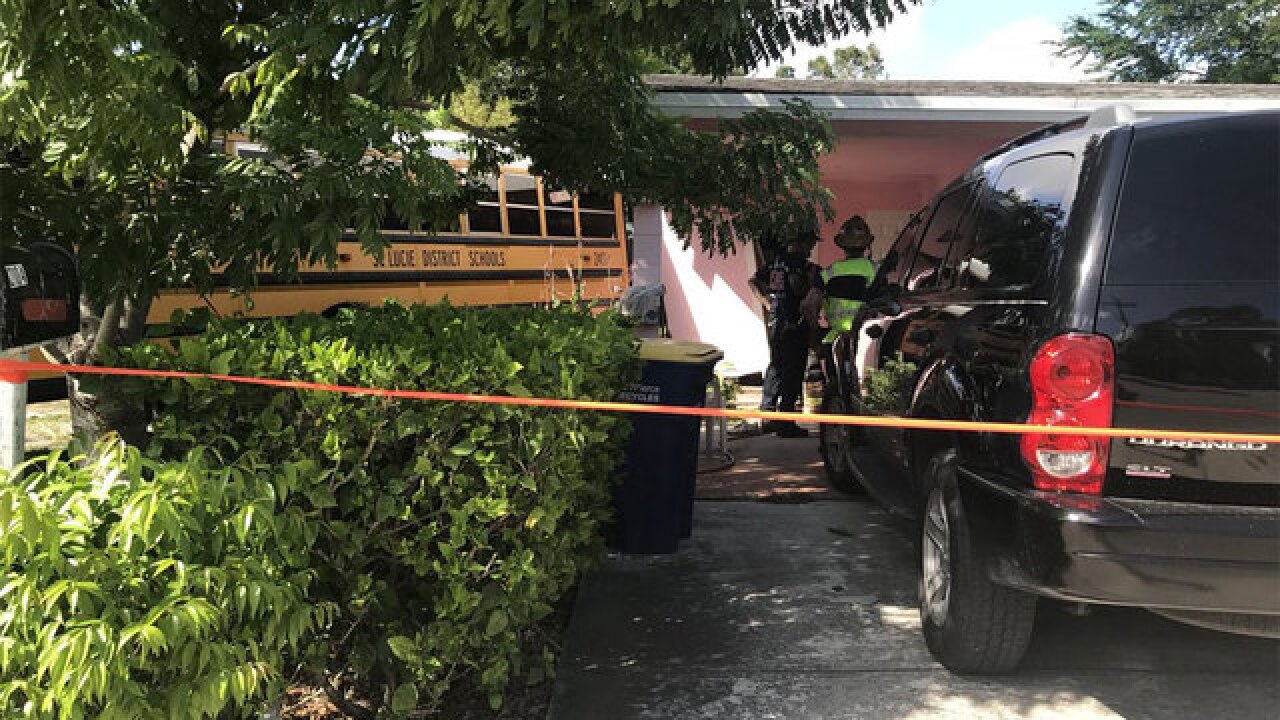 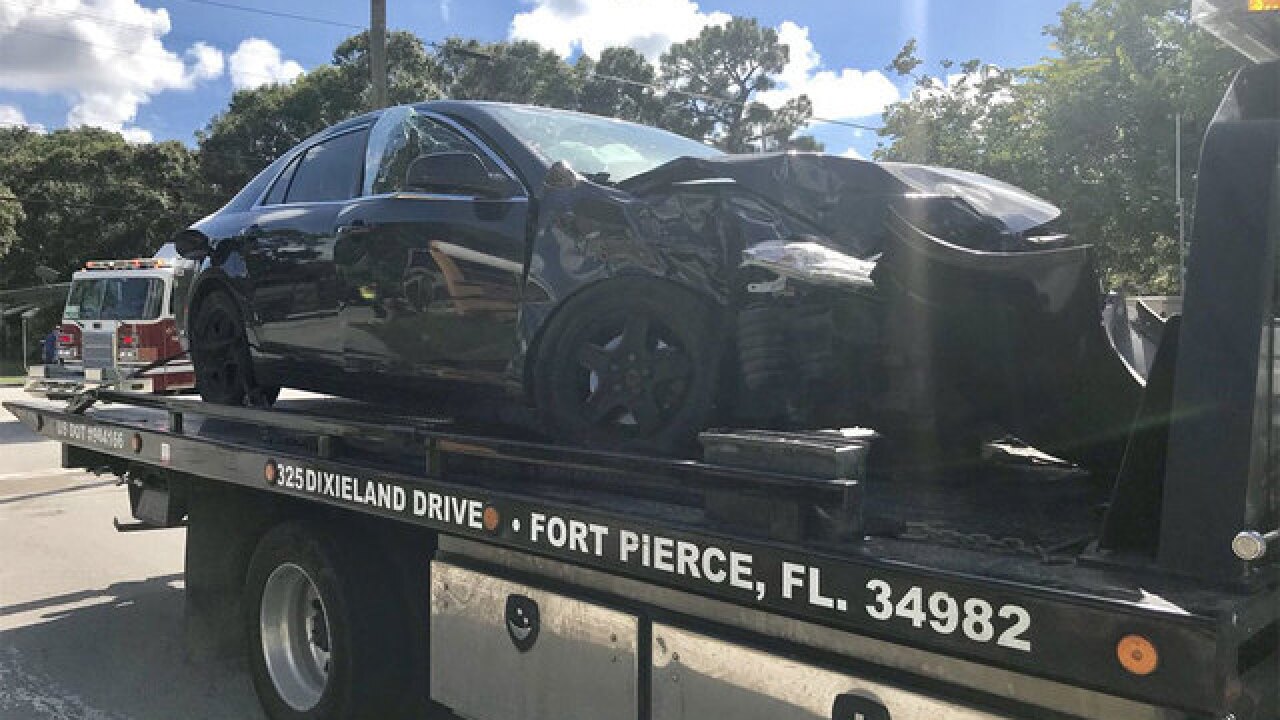 “The whole bus in my driveway, I was like oh wow," said Miguel Alvarez, who was inside the house at the time, but wasn't hurt. "I started shaking. It’s just horrific.”

Firefighters with the St. Lucie Fire District responded to a home in the 2200 block of Delaware Avenue near the intersection of S. 22nd Street when a 2-vehicle crash caused the bus to crash into the side of the home.

Alvarez was a room over from where the bus crashed.

"Just a little bit more and that was my ticket," he said.

Two children were onboard the bus at the time of the crash, according to St. Lucie Fire District. Both of the children were uninjured and have been picked up by their parents. The bus was coming from Fairlawn Elementary, according to Fort Pierce Police.

The bus driver and two people in the other vehicle were transported to a local hospital for treatment. They are all in stable condition.

The house is condemned and deemed uninhabitable by officials. Four people, two adults and two children, have been displaced from the home due to the crash. The American Red Cross is assisting them.