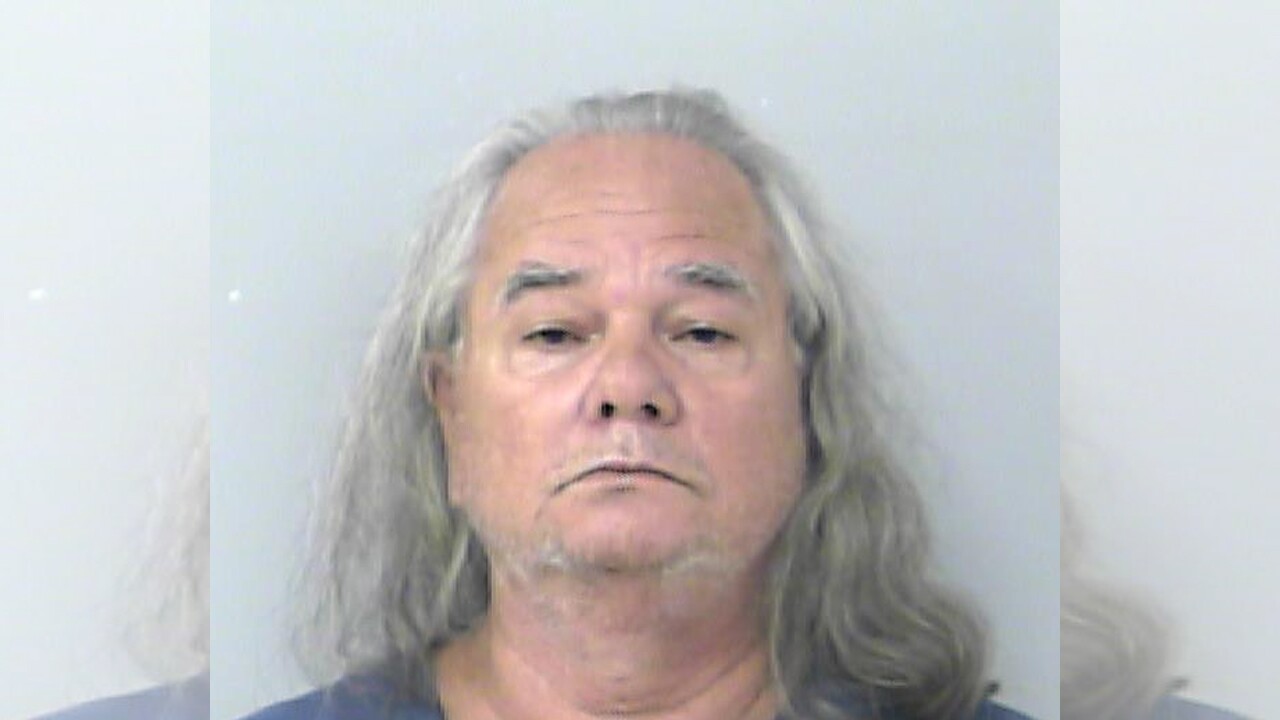 FORT PIERCE, Fla. — A Fort Pierce man is accused of shooting his neighbor's two dogs, killing one of them and seriously injuring another.

Jorge Rosado, 62, was arrested Friday on two counts of animal cruelty and one count each of possession of a weapon or ammunition by a convicted felon and discharging a firearm in public or residential property.

Fort Pierce police spokesman Mike Jachles said officers were called to the 1700 block of North 15th Street. When officers arrived, they found that two dogs had been shot and were being taken to an animal hospital by their owner.

Jachles said Rosado was cursing and yelling from his fenced-in yard before shooting the two pit bull mixes multiple times "without provocation" as the dogs were outside his fence.

A male dog died at the hospital. The female dog was seriously wounded.