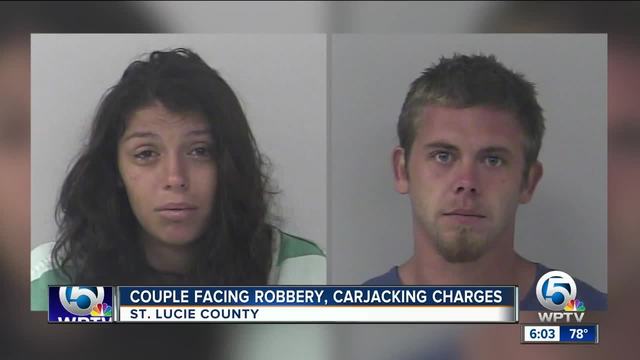 Two people have been arrested for robbery and carjacking in St. Lucie County. 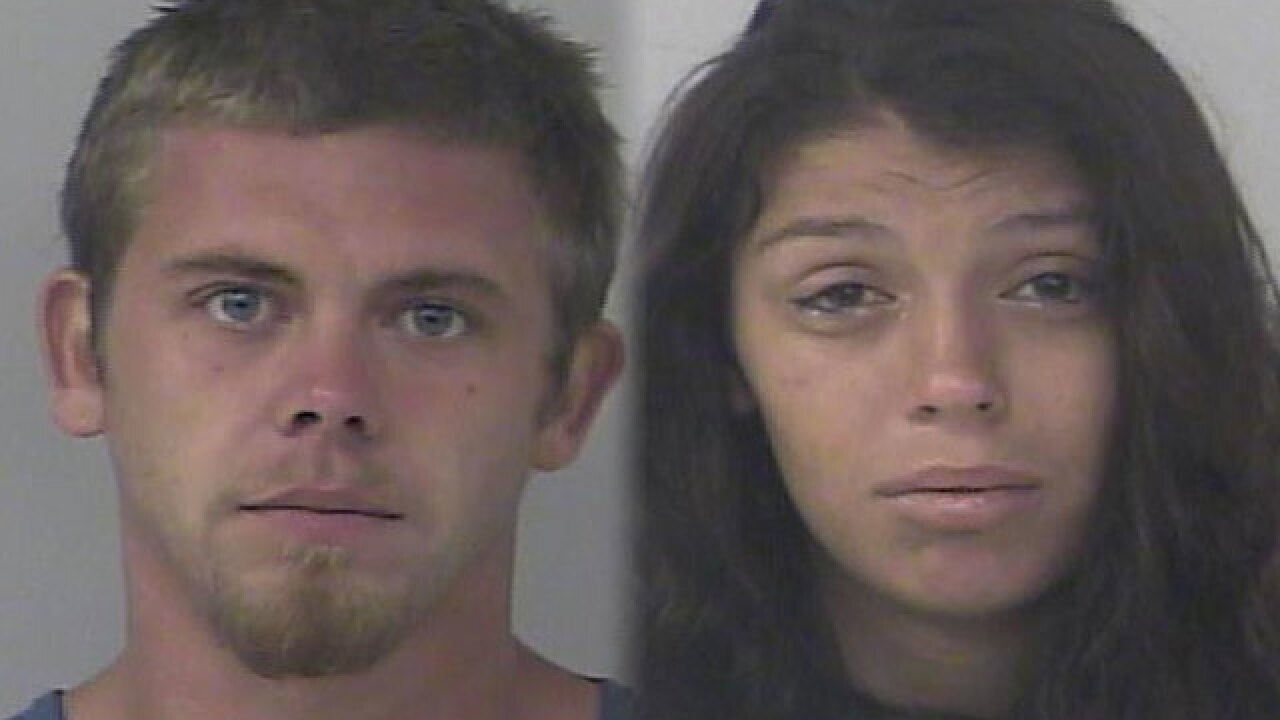 Two people have been arrested for robbery and carjacking in St. Lucie County.

According to TCPalm.com, Ronald Voelker, 27, and his girlfriend, Anita'marie Torrent, 20, met the victim at a Motel 6 in Fort Pierce. The victim said Voelker invited him over to smoke marijuana, and he agreed.

The victim said the couple told him they were broke and wanted to rob someone.

TCPalm.com reports that the victim pulled into a Citgo gas station and Voelker started to beat him with a pistol and took $500 from him. The victim was pushed out of the vehicle and Voelker and Torrent drove away.

Police found the vehicle later in the 7500 block of Gullotti Place, east of U.S. 1 and south of Kitterman Road.

Investigators found more than $500 in cash in Torrent's belongings, which she claimed she got by "selling herself to men," according to an affidavit, as reported by TCPalm.com.

Both Voelker and Torrent were arrested and charged with robbery with firearm, robbery-carjacking with firearm or weapon, and flee/elude police.

Voelker also faces charges of burglary, larceny-grand theft and flee/elude police - flee with disregard of safety to persons or property.

Torrent was arrested on additional charges of possession of marijuana and drug equipment possession and/or use.