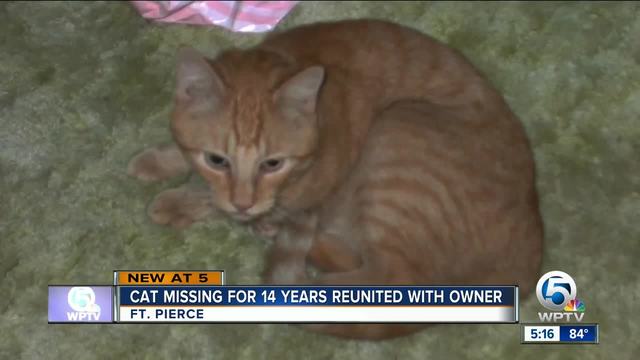 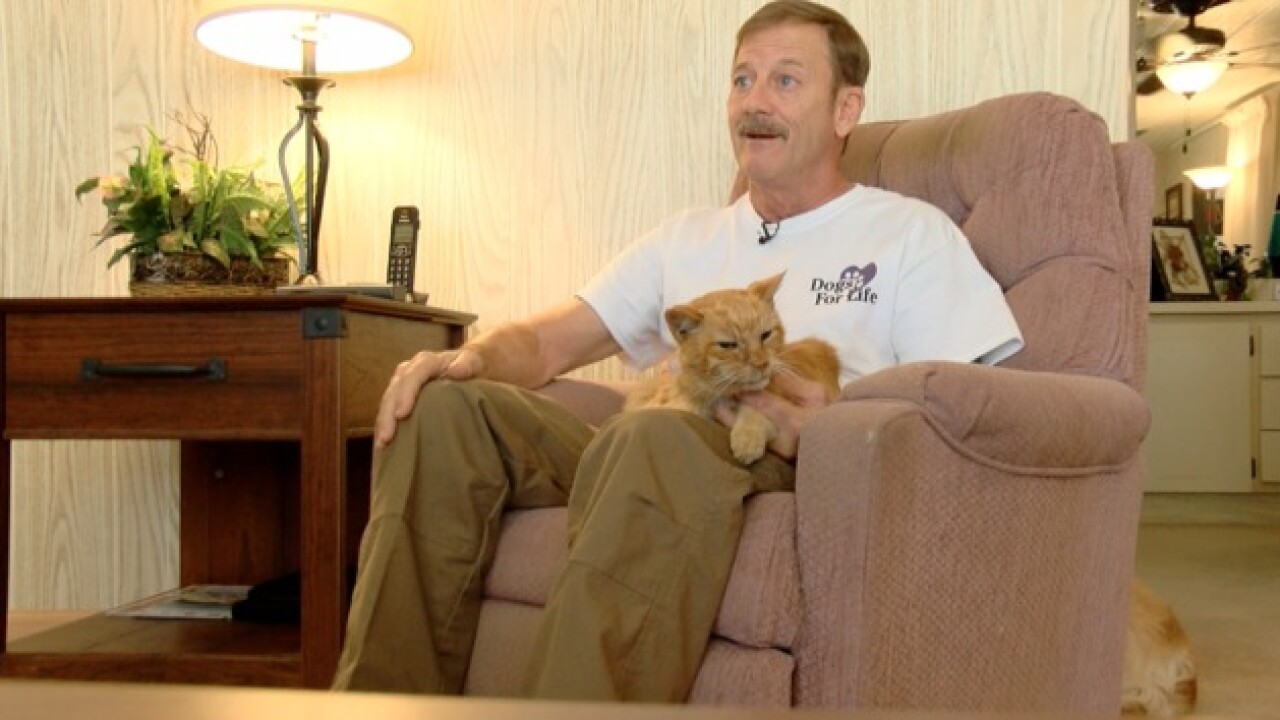 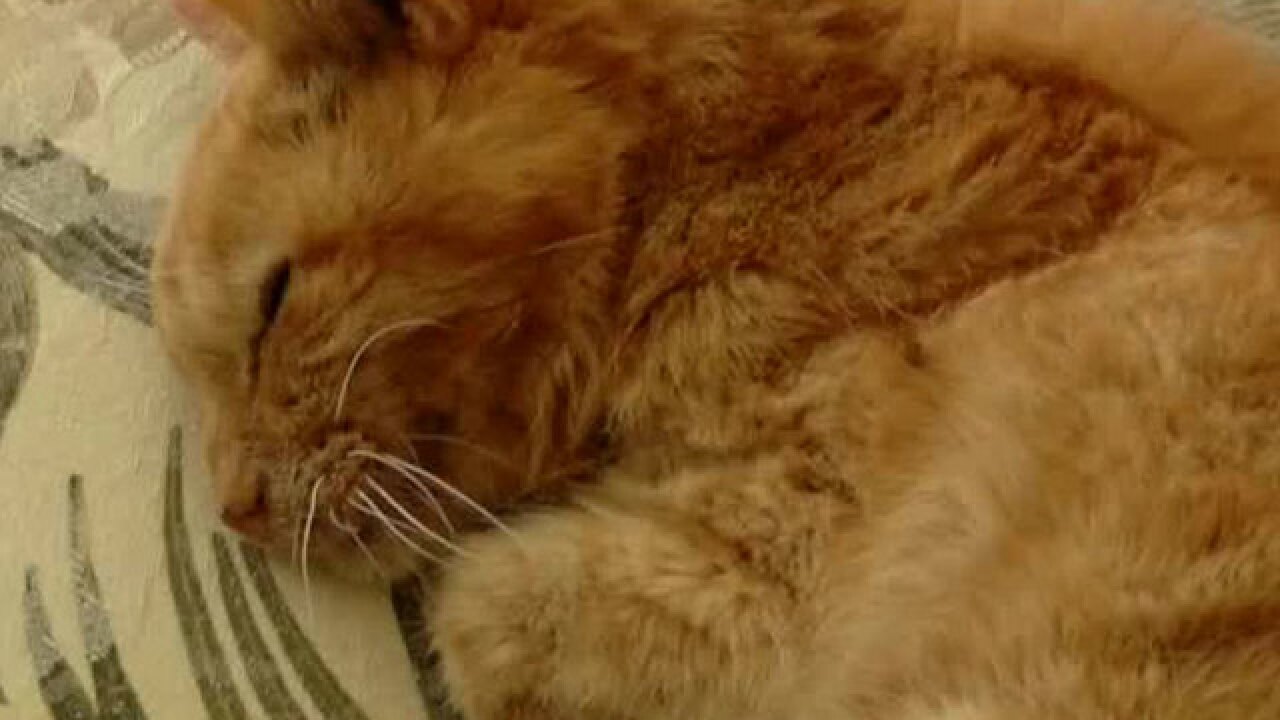 The Humane Society of the Treasure Coast takes in plenty of stray cats, many of which are either lost or in need of a loving home.

"Let me tell you, this is why I love working here," said volunteer program coordinator Sarah Fisher.

But one orange tabby cat in particular showed up two weeks ago.

"He was just found on the street, he was brought in," she said. "He had fleas, he was skinny."

He had a microchip and it turned out, he'd been missing for a very long.

That's when Perry Martin -- a retired Fort Pierce K9 officer -- got the call from his veterinarian's office.

"They said, 'Perry what would you do if we told you that T2 was alive?' And I said, 'I'd probably tell you you're crazy because he died a long long time ago!'"

"He was a stray. Just kind of showed up," he said. "Took him to the vet, gave him his shots and that's when he got his microchip."

He had him for a couple of years until the cat escaped during the aftermath of Hurricane Jeanne in 2004.

"People didn't have air conditioning, so as time went on people left their windows and screens open," he said. "I was staying in Stuart at the time and he slipped out."

Martin was fearful that T2 had possibly been hit by a car on a nearby highway.

"I filed a report with the Humane Society, in case animal control picked him up," he said. "He had a microchip and I thought someone would just call me if they found him."

But he never thought it would take 14 years for that to happen.

"My vet even listed him as deceased," said Martin.

When Martin was reunited with T2, it was like seeing a ghost.

“As soon as I looked at that face, I knew exactly who he was. A little bit older, kind of like me!" he joked. "I'm convinced he had to have had somebody bring him into their house. He must have been part of somebody's family and maybe he got out. I just can't see him living wild in the area I figured he would be."

The Humane Society said T2's journey shows the importance of micro-chipping and keeping it updated.

"The microchip wasn't updated and it was an old phone number. We were able to track down the original owner," said Fisher.

At the Humane Society of the Treasure Coast, microchips cost $20 for an altered animal and $40 for unaltered animals. You can update their information in the computer at any time. Many veterinarian offices and other local shelters also provide microchip services.

"The national average for cats that get reunited with their owners -- is only two percent. The majority of them, they don't get microchipped. For dogs, it's 20 percent," Fisher added.

Martin said he hopes others will think about microchipping their pets and updating their information ahead of hurricane season this year.

"Just update your information, your alternate information and your vet's information. They'll scan them and hopefully you'll get your pet back. You never know," he said.

T2 is now about 18 years old and is weak, but eating well.

"Since he got home, he's eating, he's drinking, he's moving around," said Martin.

Martin now helps train service dogs and recently added a new addition to the household with Sassy, the golden retriever. He said Sassy is gentle with T2, as he lives out the rest of his days with a new friend and an old friend.

"He had an opportunity to come home, spend time with his family and be on a good note when he passes," said Martin. "Until that day, he'll be spoiled like he was before he left."